Back in June 2019, we looked at a new LCD mod kit from BennVenn that dramatically lowered the cost of modding a Lynx and delivered the same kind of crisp quality graphics you would expect from a modern console (well as much as you can get from Lynx's 160x102 resolution anyway!) Forward a year and a half later and BV has re-released the same mod kit, but in a package that does not require any soldering! So if you want to modify your Lynx but haven't got the skills with the soldering iron, or you just want a super quick LCD mod kit install, you have to get one of these.

This kit can literally be installed in 5 minutes and all you need is a screwdriver (both Phillips and flat head) and side cutters. The Atari Gamer LCD bracket is included in the kit too, so you don't have to buy that separately any more. We weren't expecting the install to be so easy, but it really was. So lets see what's involved...

This article is for the "rev5" of the kit, if you are looking for "rev6" kit details and install instructions see this article - BennVenn rev6 LCD mod kit for Atari Lynx with brightness wheel control 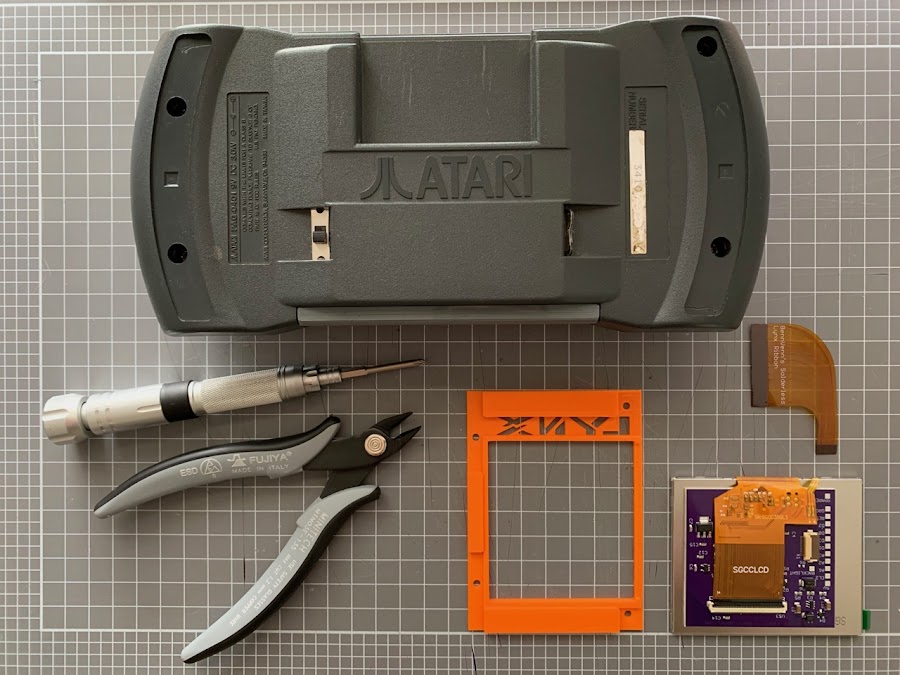 We won't go into details of how to disassemble a Lynx because that's been covered here already - introduction and case disassembly. In a nutshell, you have to remove the rubber grips from the rear of the Lynx, unscrew the 4 screws (2 under each rubber grip), open the shell and unscrew the battery compartment. After that is done, disconnect the ribbon cables for the buttons and the original screen and unscrew the old screen. 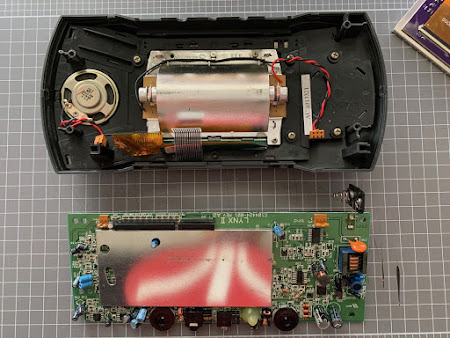 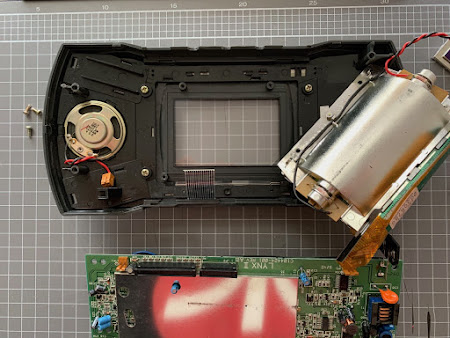 Place the new LCD into the Lynx and then position our Atari Gamer bracket around the screen, lining it up with the screw holes in the Lynx shell. Use the original screws to secure it in place (yes our Lynx was missing a screw). 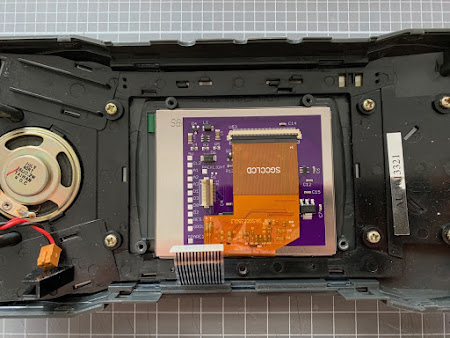 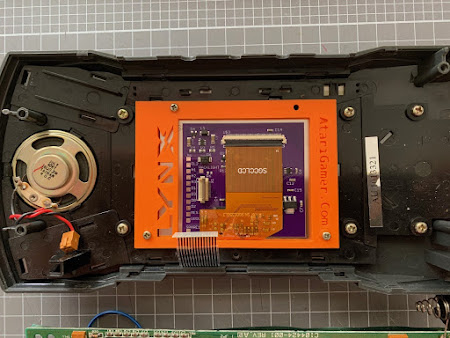 Next the L17 coil needs to be removed from the Lynx motherboard. You may be able to do it with just the side cutters, but it was easier to use a small flathead screwdriver to lift up the coil slightly, then snip one of its legs off, then rock the other leg until it snapped off from friction. No need to de-solder either, just cut it off and the high voltage circuit that's used by the original screen on the Lynx will be disabled. Easy. 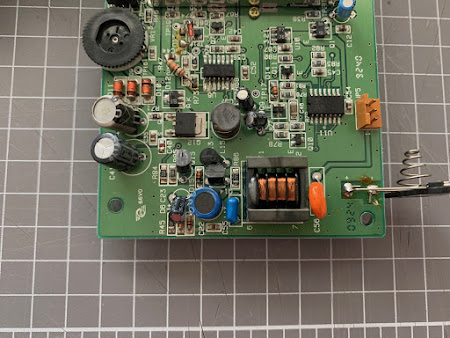 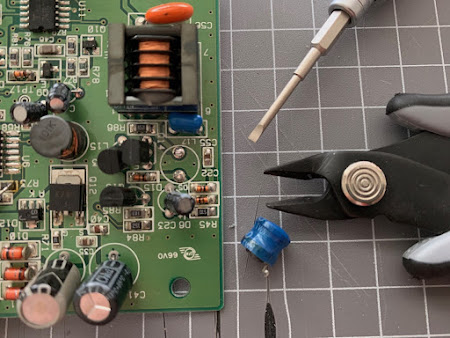 You can now plug the ribbon cable that comes with the LCD kit into the Lynx motherboard. Be sure to push it in firmly until it clicks into place, then lock the socket by pushing down on its sides. It should not be possible to pull the ribbon cable out of the socket now. Re-connect the ribbon cable for the buttons (the grey one). Now comes a tricky bit...the Lynx motherboard needs to be turned over so that the LCD ribbon can be connected to the back of the LCD. You can either use tweezers or try and do it by hand, just make sure that the lock on the LCD board is in the open position first. Once you position the ribbon, you can push the locking flap down to secure it. 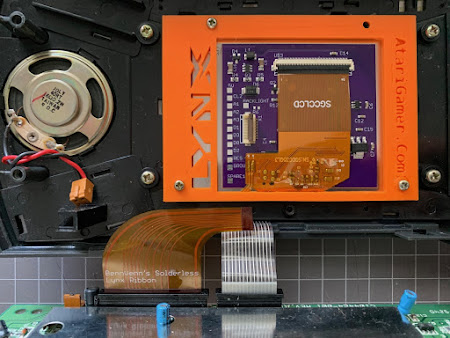 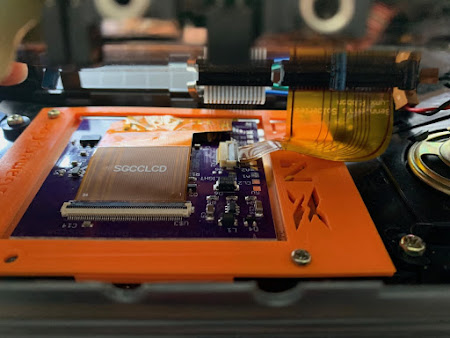 That's it! Your Lynx should now have a brand new, high quality LCD screen with amazing graphics. Here's what the original and the new screens look like (we didn't remove the plastic protector on the screen, which is washing out some colours, whoops, will have to open up the Lynx again and remove it!) 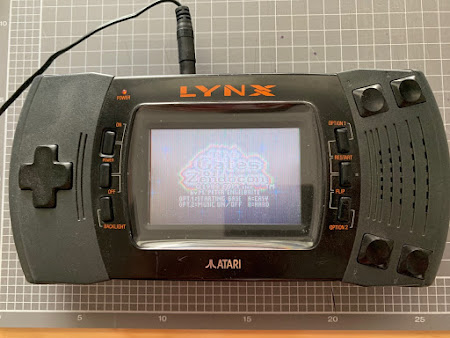 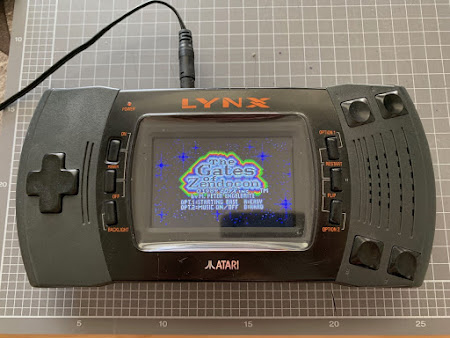 If you're more into watching installation videos, Benn Venn has put this video together...

Of course there is a little bit more to do if you want to get more hands-on. The brightness and scanline controls work with this version of the kit, but that will require additional soldering of 1 wire. We'll cover that in a separate article in the future, though the process is identical to how the backlight wire is connected in the older version of this kit. It should also be noted that if you have a Version 5 of the kit that requires soldering, you can now purchase the LCD ribbon cable that will let you install the kit without soldering ($10USD from BV's store, link below).

If you're concerned about power draw of this kit, it is the same as the earlier versions. We've covered that in an earlier article and you can read about that here. In a nutshell...

When running on full brightness the BennVenn kit uses a maximum of 266mAh. When set to the lowest brightness level, this drops down to 212mAh. Comparatively, the McWill LCD burns though 523mAh and there is no way to adjust its brightness. The original Lynx CFL display uses 367mAh, when overclocked this number jumps up to 400mAh.

BennVenn also informed us that there is an extra power/FET protection built into this mod kit to safeguard your Lynx from catastrophic power failures...

It protects the 5v rail, if it exceeds 5.7v it'll go short until the voltage drops back below 5.7v. The idea is, if the FET shorts, it'll prevent the CPU and VDU blowing, probably destroying the FET or a trace to the FET instead.

So where to get it? From our online shop. The kit costs $70USD.

We're still waiting for the Lynx 1 model kit to come along, hopefully that will not be too far around the corner! In a future article, we'll be comparing the Japanese grade LCD panel and the newer Chinese panels that are available with the kit. The Japanese grade panels have a sharper image, but from the initial testing of the cheaper, Chinese, panels, you would have to look hard to notice the difference for the average gameplay session.

Update: There is a version of the LCD kit that now supports this motherboard version. You can read more about it on this news post: BennVenn adds support for the Atari Lynx C104129-001 motherboard to his LCD kit and can purchase it from our online shop.

-AG
Tags: BennVenn, Hardware Mods, LCD Mod
♥ Did we get something wrong or you have something to contribute? Please tell us about it!
You can find Atari Gamer on...
Be sure to follow for the latest Atari Lynx news, updates, stories and photos!
[ Don't show again ][ Dismiss ]
Loading...
10
Close