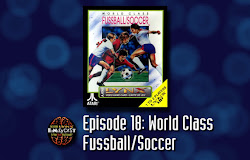 Episode 18 - World Class Fussball/Soccer
In this episode I cover the first of two soccer games for the Lynx, World Class Fussball/Soccer, also known as World Class Soccer, released for the Lynx in 1992. Included are statistics for the game and a run-down on how to play it, along with reviews and ratings, some fun facts and trivia, and some listener feedback about the game. And Monty and I get into a spirited (and ultimately futile) discussion about the differences between soccer, football, and fussball.
Related Game Database entries: 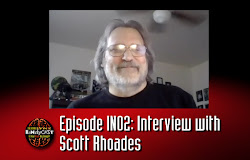 Interview Episode 02: Scott Rhoades
Many, many thanks go to Scott Rhoades, the gifted Atari game manual writer who graciously agreed to be interviewed for The HandyCast. Scott’s willingness to share his experiences at Atari during the Lynx’s early days is a testament to his devotion to the craft of writing, to fans of his work, and to the Atari Lynx community. Cheers to you, Scott! 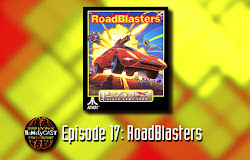 Episode 17 - RoadBlasters
In this episode Monty and I cover one of the best arcade combat racing games for the Lynx, RoadBlasters, released for the Lynx in 1990. In addition to providing statistics, gameplay, reviews and ratings, fun facts and trivia, and listener feedback about the game, I pose an easy Atari Lynx trivia question to Monty, who refuses to join in the fun and to provide an answer because he is not a fan of pub quizzes… …nor of my singing. “Let’s all go to A & W! Food’s more fun at A & W!…”
Related Game Database entries: 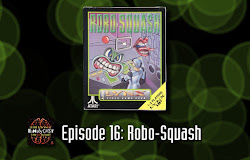 Episode 16 - Robo-Squash
In this episode Monty and I cover a “Zero-G Futuresport” game for the Lynx, Robo-Squash, set in either the 29th or 31st century and released for the Lynx in 1990. As Monty seems somewhat confused as to what the game of squash really is, I go about setting him straight. In the meantime, he and I provide statistics for Robo-Squash, as well as a run-down on how to play it. We also go over reviews and ratings for the game, some fun facts and trivia, plus some very welcome listener feedback.
Related Game Database entries:
123456
You can find Atari Gamer on...
Be sure to follow for the latest Atari Lynx news, updates, stories and photos!
[ Don't show again ][ Dismiss ]
Loading...
10
Close