You've probably heard that BennVenn has been working on a new LCD screen mod for AtariLynx. This mod will be shipping soon and AtariGamer was able to get a hold of an early version (hand assembled by Ben himself) to test out and to compare to the McWill LCD.

Even though BennVenn's shop says this kit is sold out, it is not - it's simply not available yet. These kits should be ready to order within the month.

So lets check it out, and also don't forget to read Using the Atari Gamer bracket with the Benn Venn LCD Mod for Atari Lynx model II...

When the LCD kit arrived, it came in a box that could have fit a dozen of these kits comfortably, but it was padded really well so the contents were safe and sound. 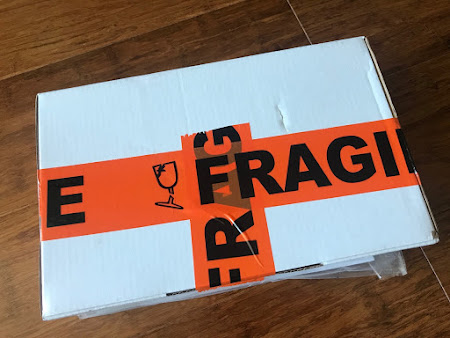 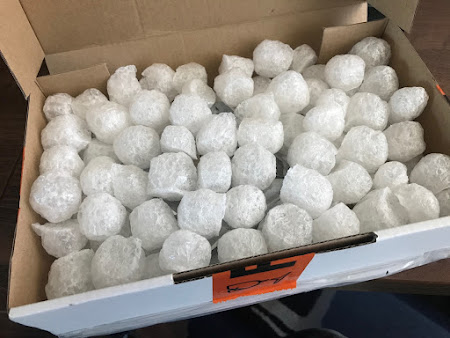 As you'd expect from a kit like this, it came in an anti-static bag. Inside was the LCD itself, with the driver board adhered to the back. The driver board had a small daughter board to generate 17V for the LCD backlight, this was a typical board design that BennVenn used on his other LCD kits.

There wasn't anything else included in the kit but its installation was fairly simple. The kit does require mounting washers which BennVenn will supply (our kit didn't have these but more on that later). There weren't any instructions, which we assume will be provided in the final production version. 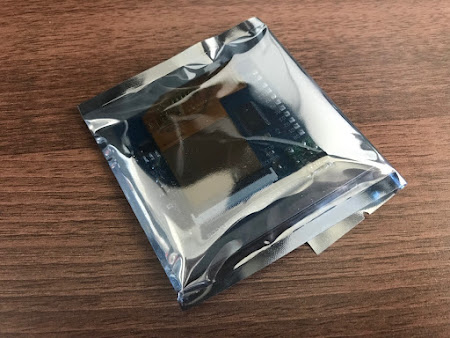 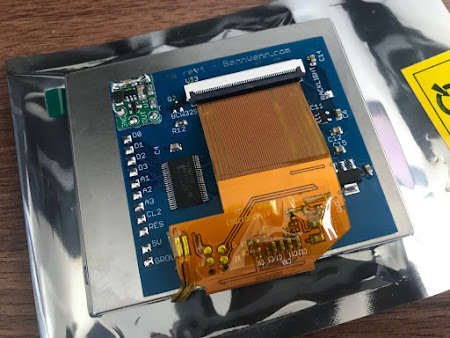 Installation of this kit was a breeze, but first lets tackle the issue of screen positioning. Unlike the McWill kit, this kit didn't have a PCB that could be screwed into place, instead it required manual positioning. Typically it would be held in place by 3D printed washers, but since this is AtariGamer, we one upped BennVenn and created a mounting bracket to use with the kit. These brackets are available for purchase from our store and are included with every kit now.

As you'd expect, the screen and bracket drop in place of the original screen. The bracket had a little amount of give room so you could perfectly adjust the screen to suit your Lynx. Once in place, all of the wiring could be soldered in. There were two power wires and ten signal wires. For the signal wires we used 30awg wire and for the two power wires we grabbed something a little thicker. Wire length was around 15cm. 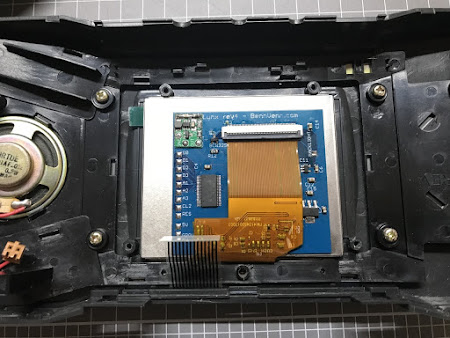 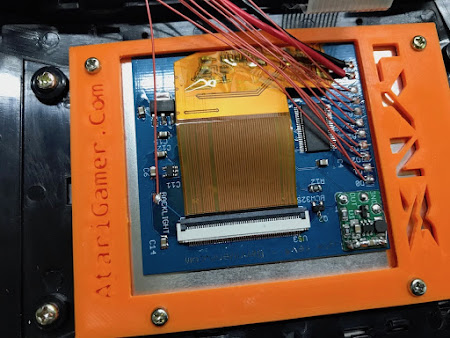 On the Lynx side of things all that was needed to be done was de-solder the L17 inductor to disable the high voltage power circuit. Once the L17 was removed it was time to get on with hooking up wires from the LCD to the the Lynx motherboard on the cartridge connector side, almost directly underneath it. The RF shield needed to be moved to get to these. 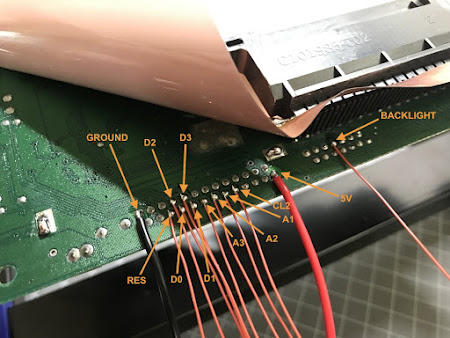 That's it! This wiring was so much easier than the McWill mod...especially the backlight connection (which is used to adjust brightness and scan-line settings here.) Removing the inductor disabled the rest of the CFL high voltage circuit, so there was no need to remove its other components like instructions in the McWill kit say to do.

If you've done everything right, after re-assembling the Lynx, you will have a nice crisp display (shown with protective plastic still on)... Lets have a look at the features of this kit. First there are adjustable brightness levels. There are eight in total. This is great - one of my complaints with the McWill kit (apart from the price) is that it's running full brightness all the time. By pressing the backlight button, the brightness level can be adjusted, pressing it when on the lowest level will switch back to the brightest setting.

Then there are the scan lines. These are toggled by holding down the backlight button. Unfortunately this also causes a brightness level change, so hopefully BennVenn can fix this in the production firmware. Notice that the scan lines are vertical! This is true to what the scan lines on the original Lynx display look like and is a very nice touch (AtariGamer may have had suggested this in the early stages of this kit's development 😅). 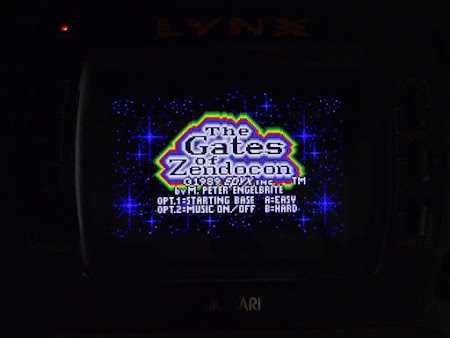 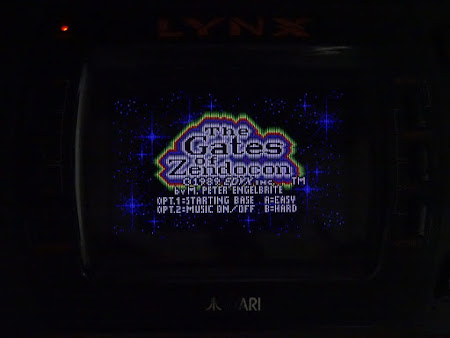 Overall the image produced by this display is very good. Miles ahead of the original display. There is a small horizontal scanline artefact visible on the top and bottom sections of the screen however. This isn't very noticeable, but if you have large sections of solid colour on screen, you do see it. It's not a big deal, certainly not a deal breaker and in fact adds a bit of a retro feel to an otherwise clinically clean and modern display.

Compared to the McWill LCD kit, the BennVenn is not too different. It has a little bit of a softer image, unlike the McWill with its sharp lines. The McWill is a better kit to use if you're developing games for the Lynx due to its sharper image and the option of having VGA out, but the BennVenn version is much better for actually playing them. Both displays are pixel-correct however. 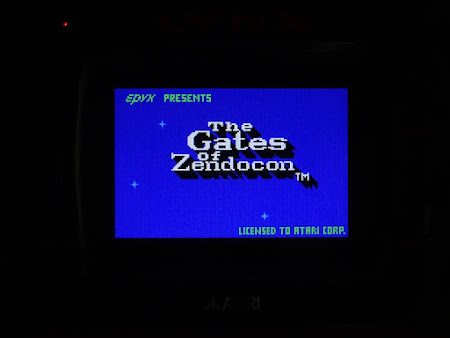 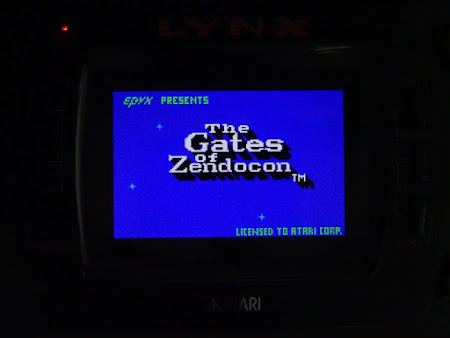 As mentioned earlier, there is a little bit of a horizontal scan line artefacting going on with the BennVenn LCD - it's not something that's really noticeable on most games however and is mostly visible along the top and bottom of the screen. 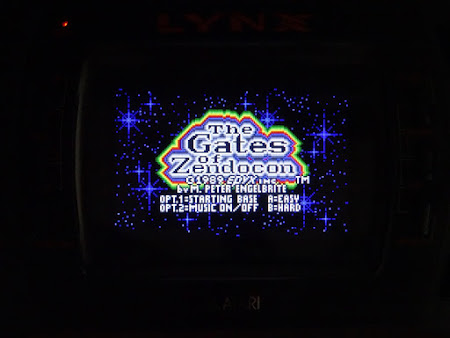 With regard to the "high colour mode" that some homebrew games and slideshows use, the BennVenn version performs considerably better. It's not perfect, but the screen tearing that the McWill kit has is not as profound. Here's a vide of the BennVenn (left) vs the McWill (right) displays showing a high colour slideshow...

There is no VGA out option on this kit. This is reflected in the price too. However, you have the choice of which LCD panel is used - either a Chinese assembled or Japanese assembled. The Japanese version is slightly more expensive. AtariGamer got the Chinese version and there really was no issue with it.

Note: These measurements were taken when running a Lynx via a mains adapter and seeing how much power was used in Wh, then converted to mAh. They should not be taken as absolute numbers due to inefficiencies introduced by converting from mains 240VAC to 9VDC, but for relative comparison purposes, these numbers are sufficient.

When running on full brightness the BennVenn kit uses a maximum of 266mAh. When set to the lowest brightness level, this drops down to 212mAh. Comparatively, the McWill LCD burns though 523mAh and there is no way to adjust its brightness. The original Lynx CFL display uses 367mAh, when overclocked this number jumps up to 400mAh.

So the BennVenn kit is very power efficient, even outdoing the original Lynx display. With typical batteries, you'd be looking at just under 10 hours of game play, a huge improvement!

Since so many of you have been asking, here are the technical details of the screen:

This kit is an absolute steal. At the $50USD entry point (+$10 if you want to have the Japanese LCD panel), you'd be crazy not to get it. The difference between a standard Lynx display and this kit is earth shattering. It's easy to install and performs on par or better than the McWill LCD mod. It's about time that the Atari Lynx got a mod like this!

If you're still not sold, here are some more photos of various games running on this screen... 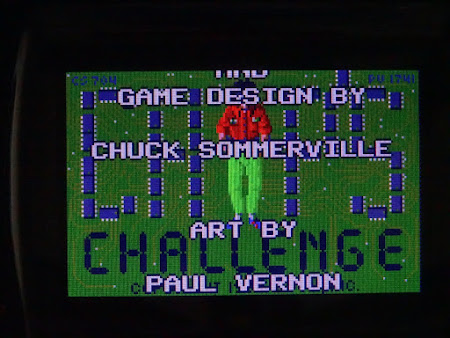 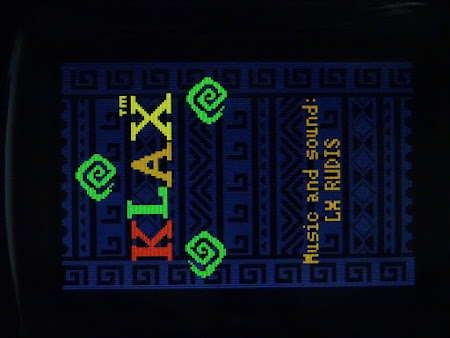 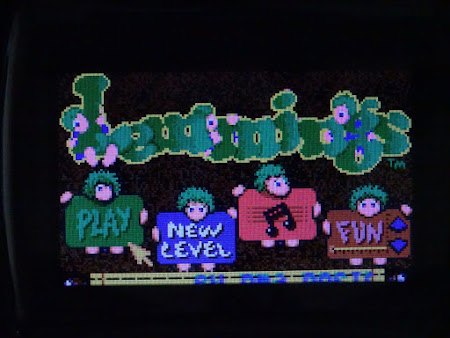 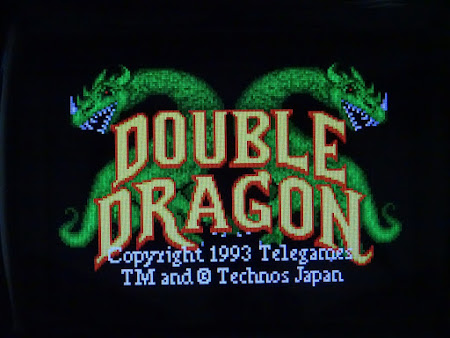 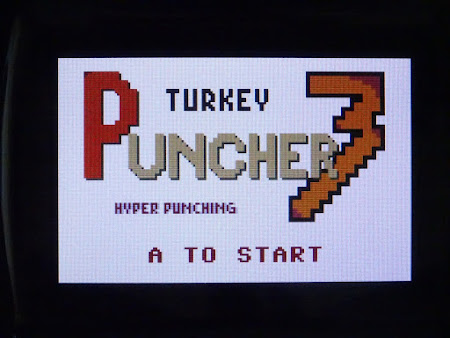 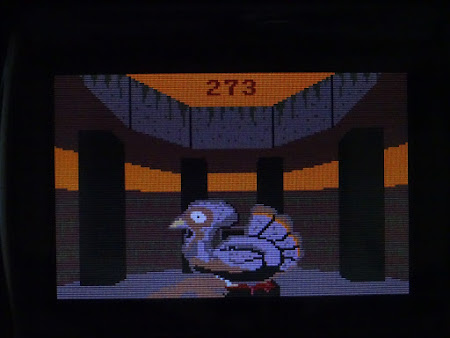 The horizontal artefacting is most visible in the last screenshot of Turkey Puncher. The top and bottom sections of the image have interlaced light/dark bands where there should be solid colour. The effect isn't as pronounced in the middle of the screen however.

There is another video from Ivory Tower Collections that shows the installation process in more detail. Check that out here - ITC# 62 :- Atari Lynx - BennVenn LCD Upgrade Installation.

Update: There is a version of the LCD kit that now supports this motherboard version. You can read more about it on this news post: BennVenn adds support for the Atari Lynx C104129-001 motherboard to his LCD kit and purchase it from our online shop.

-AG
Tags: Electronics, Hardware, Hardware Mods, Review
♥ Did we get something wrong or you have something to contribute? Please tell us about it!
You can find Atari Gamer on...
Be sure to follow for the latest Atari Lynx news, updates, stories and photos!
[ Don't show again ][ Dismiss ]
Loading...
10
Close