If you’ve been collecting for the Atari Lynx for a while, you are probably aware that four Telegames releases - Double Dragon, Desert Strike, Krazy Ace Miniature Golf, and Super Off Road - are amongst the hardest to find, and most expensive to purchase for the system. On eBay, boxed complete examples of Desert Strike and Super Off Road often sell for between £70-90, while Double Dragon and Krazy Ace can sell for anything between £100-200! 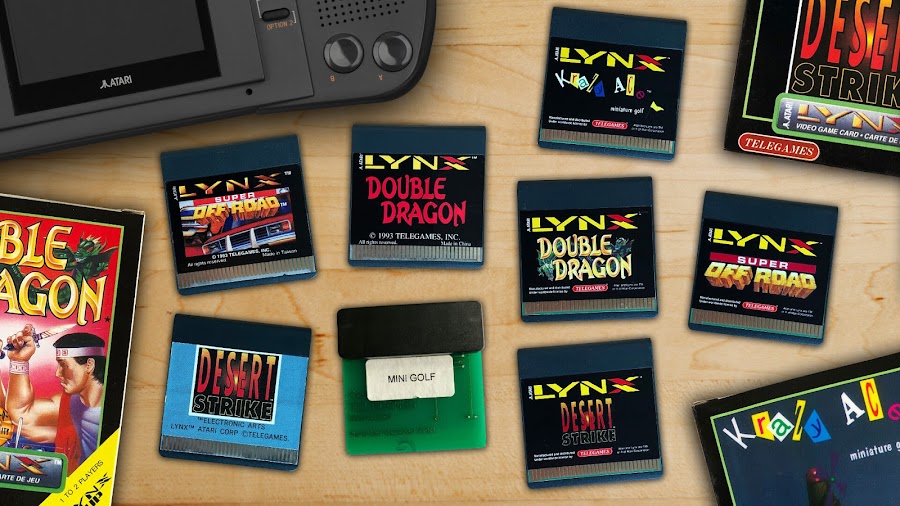 Just a couple of months ago, all four of those titles suddenly became a lot easier, and quite a bit cheaper, to obtain. Telegames UK had batches of several games reproduced on traditional plastic curved lip carts - which is especially notable in the case of Krazy Ace, having only previously been available on PCB. Unfortunately, many of these new releases are now popping up on eBay, and in some cases they are being passed off as originals with vastly inflated prices. This article has been put together to document the differences between the new and original releases, and to provide an idea of what a fair price for each version might be.

The easiest way to tell the versions apart is from the carts themselves. As you can see from the images below, the new Double Dragon, Desert Strike, and Super Off Road carts have completely redesigned labels. And of course, when it comes to Krazy Ace, just the fact that it’s on a plastic cart is a dead giveaway that it’s a brand new version - prior to 2018 it only exists on either black or green PCBs. The boxes for all four releases are identical regardless of the release date, the only other way that you might be able to tell them apart is from the manuals. The original releases of Double Dragon, Desert Strike, and Super Off Road came with glossy manuals. However, this isn’t always a good indicator since Telegames have also included cheaper looking non-glossy photocopied manuals with the original carts in the past.

So what are the old and new releases worth? Well the new 2018 releases are easy, simply their list prices. The old releases are valued a fair bit more. Their prices are based on eBay and private sales over the past several years. As a collector, it's what you would expect to pay on average and the images below show what they're worth. Click each one for a larger version. 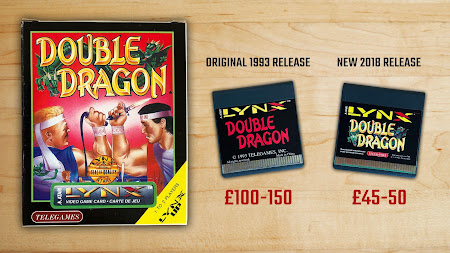 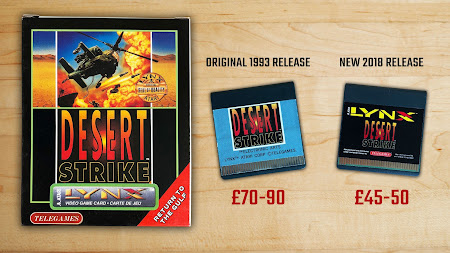 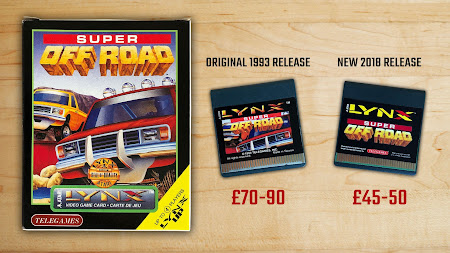 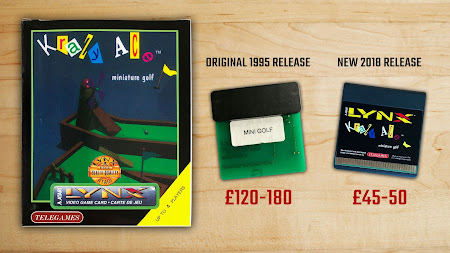 Note: Now that Krazy Ace is available on a cart, it could be argued that the PCB version is now less desirable and therefore not as valuable.

If you are interested in buying the new releases directly from Telegames UK email them first to check availability, and specify that you want the new curved lip cart versions. Prior to these new cart-based releases, Telegames also had some more modern black PCB versions produced, and in some cases may have both types in stock.

-AG
Tags: Telegames
♥ Did we get something wrong or you have something to contribute? Please tell us about it!
You can find Atari Gamer on...
Be sure to follow for the latest Atari Lynx news, updates, stories and photos!
[ Don't show again ][ Dismiss ]
Loading...
10
Close