When getting started with collecting games for the Atari Lynx it can be a little difficult to pin down how many games are in the 'officially released' collection. When looking around, there are various contradictory numbers being presented that peg the figure at between 71 to 76. So what is the actual number? To answer that question, Atari Gamer decided to put together the definitive list of the officially released games for the Lynx. This list is the result of much research and many discussions with collectors and places the number at 71 games and some 120+ variants.

Of course we can't continue without mentioning Krazy Ace, which after all the research must be concluded that it is not an official release, but more on that later. 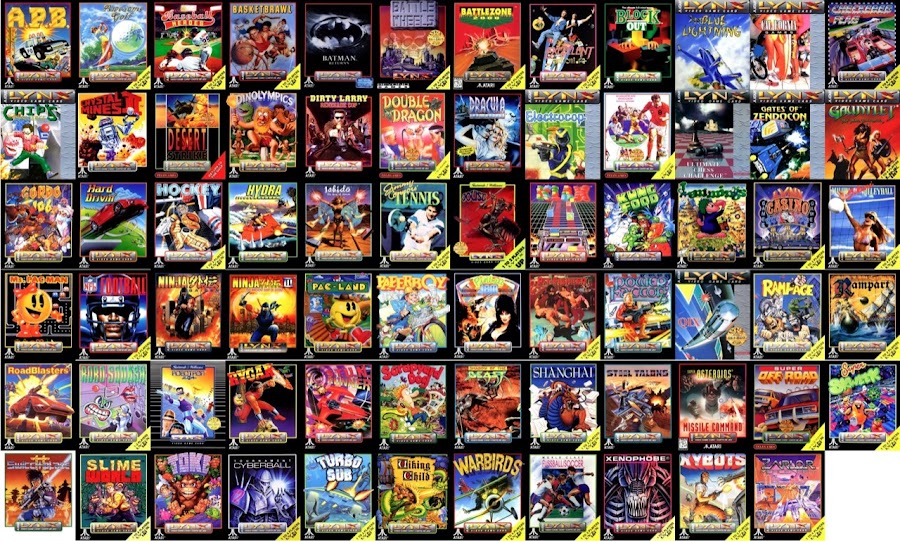 What's the criteria for an officially released game? The way Atari Gamer defines it is the game must have been released commercially during the 'Atari Era' i.e. 1989 - 1995, on an official (dark grey) flat, ridged or curved lip cartridge type, with either the standard or big box packaging and endorsed by Atari.

So lets see the list, in alphabetical order, with release years and additional information on available variants...

If you want to find out more details about all of the available games for the Atari Lynx be sure to check out the game database. As well as what's shown in this article, you will be able to look up information on official games with French and German manuals, homebrew games, demos, prototypes and even aftermarket releases.

So now to touch on the topic of Krazy Ace. This is a disputed '72nd' title that some consider an official release. However that is not correct for several reasons. This game was released three years after its copyright year, placing its availability to some time in 1995. That's still in the Atari Era of course, but it was far from a commercially available game. Talking to Pete Mortimer of Telegames, the publisher of this game, he said - "It never had retail coverage - just internet in limited pcb style carts." That alone disqualifies it from being considered an official release.

The box claims that it has the 'Official Atari Seal of Quality', but given how pedantic Atari was about its quality assurance, they would have never allowed a game to be released on PCB style cartridges. The claim of the quality seal also falls short with the game itself - it's not complete, the last two levels are simply repeats of the first two levels, and there are several major bugs. Not to mention the manual, which was a folded up photocopied A4 piece of paper. Would that have passed any kind of quality checks? Probably not!

So the final count for official releases stands at 71. It's not too difficult to find all of them, though there are some more rare games in the collection. Best of luck finding the whole collection, and if you need something to help you keep track of it all, the collection tracker is the right tool for you!

-AG
Tags: Game List, Official Games
♥ Did we get something wrong or you have something to contribute? Please tell us about it!
You can find Atari Gamer on...
Be sure to follow for the latest Atari Lynx news, updates, stories and photos!
[ Don't show again ][ Dismiss ]
Loading...
10
Close