You've heard that we've been celebrating the 30th Birthday of Atari Lynx. You probably even read about the programming competition that we've been running. Well now you can hear all about the winners of this competition! We also have a couple of other very cool announcements for Lynx fans, so read on! 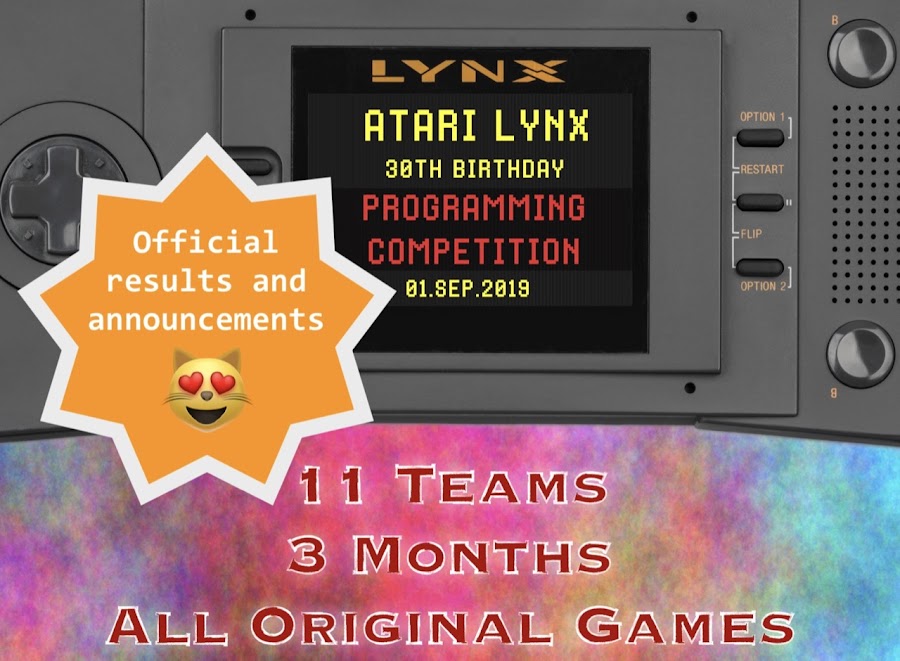 So even though Atari Gamer wasn't at PRGE in person, with the help of Mark/Space and their Project Argon initiative (an Android app that lets you easily select and play retro games from a library of online ROMs), we still had a big presence with our posters and display stand for all to see. 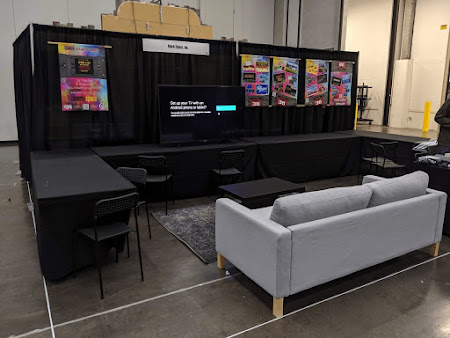 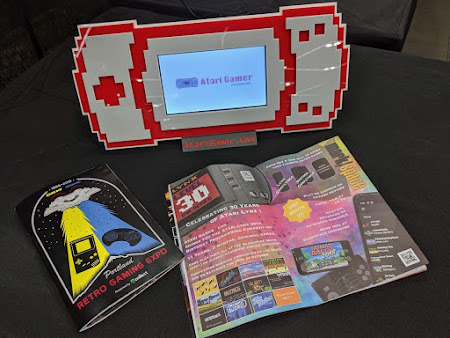 All of the Atari Lynx 30th Birthday Programming Competition games were available to be played using the Project Argon app on various devices, including phones, tablets and the big screen TV of course! Competition winners were announced by Super Nicktendo in a video he's put together especially for this event...

The results were very close and many games received very high scores. Well done to all of the competitors!

Here's a more detailed breakdown of the results from each of the judges, voting poll and social media points. Scores from judges were calculated using this points calculator, which took into account Creativity, Implementation, Gameplay and Replay as well as the Completeness of the game.

During this competition, Atari Gamer refrained from making too many comments about each of the game entries, but now it's over, here are a few lines about each one...

All-in-all this competition has been a tremendous success. It brought out a bunch of new developers for Atari Lynx, as well as getting some of the seasoned homebrewers putting their skills to test again. With the Project Argon app coming to market soon, these games will live on not only on original Lynx hardware, but on new devices, via emulation.

We've started a discussion thread over at Atari Age forums if you want to leave any feedback or comments... Wrapping it up - Atari Gamer 30th Birthday Programming Competition.

As a bonus, Songbird Productions has also announced two new games for Atari Lynx. Which will be available in January 2020. Sadly these are not Ultra Vore and Distant Lands, but something we've all seen already - Biniax 2 (a follow up to Biniax) and Xump. Hopefully they will be priced accordingly to how big these games are and not the usual $50-70USD. 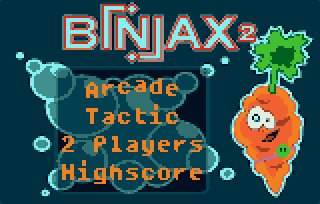 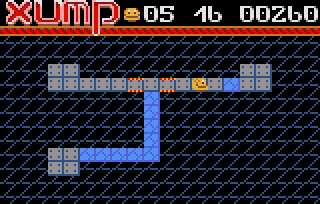 So where to from here? Well the Sillyventure 2k19 Atari Lynx competition of course! Then we have all of next year to look forward to and Atari Gamer is already in the talks about a possible new programming competition, details of which will be revealed closer to next year!

-AG
Tags: GameDev, PRGE, Programming Competition
♥ Did we get something wrong or you have something to contribute? Please tell us about it!
You can find Atari Gamer on...
Be sure to follow for the latest Atari Lynx news, updates, stories and photos!
[ Don't show again ][ Dismiss ]
Loading...
10
Close