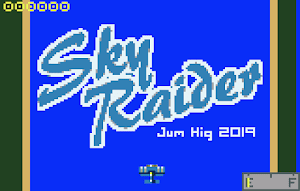 Can you reach the elite ranking of "Sky Raider?" Destroy the military of the evil Bungeling empire by launching a surprise attack up the Bungeling river.

Watch your fuel level on the guage on the bottom-right of the screen. Keep your plane refueled by running over the fuel canisters.

Avoid crashing into anything else.

Shoot enemy ship, planes, helicopters and tanks for points. Score and high score are shown at the top of the screen.

At first you may not encounter much resistance from the Bungeling forces, but as you reach further into Bungeling territory, they will start to put up more of a fight.

Remember, you only have one life. Don't waste it!

This game was submitted as an entry into the Atari Lynx 30th Birthday Programming Competition. 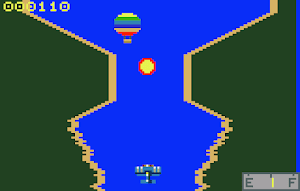 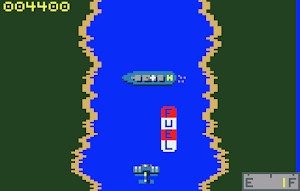