2019 has been an epic year for the Atari Lynx. The console turned 30 years old, had a tonne of new content released for it and has inspired new retro game developers to come on board. Lets look at the highlights for 2019 just before we turn the leaf and head into 2020... 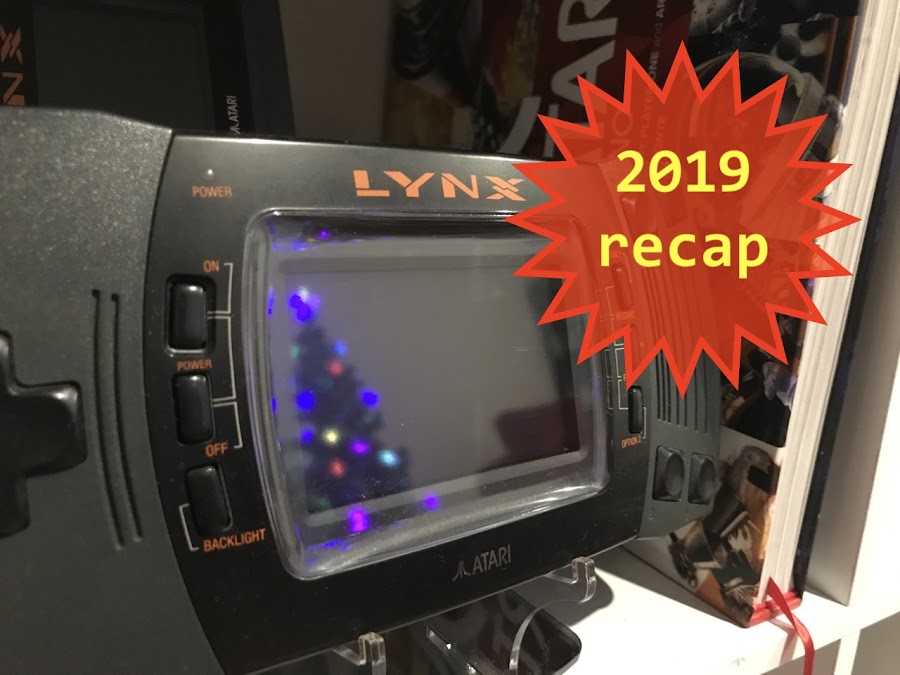 According to our game database, there was a total of 34 new games, demos and in-development titles announced for the Lynx in 2019. Many of these games were the result of the Atari Gamer Atari Lynx 30th Birthday Programming Competition as well as the Sillyventure 2k19 coding contest.

It's not just homebrew developers that have been active, the usual publishers have also kept pace. Songbird productions have been active in the Lynx homebrew scene again, with releases of official boxes for their games, something that many a Lynx enthusiast has asked for many a time! They also announced two new games to be published next year, so keep an eye out there! Not to be outdone by Songbird, Luchs Soft has also released two new games for the Lynx this year.

On the hardware front, Atari Gamer collaborated with RetroHQ to release a whole new ROM loader for the Lynx SD. Unfortunately the new Lynx GD didn't get released this year, but that's something we're really hoping for in 2020! There was a new comer to the block for flash carts - the AgaCart. Atari Gamer has also revamped the Atari Lynx programmer board by Karri Kaksonen and created a Lynx Cart Programmer Pi-Hat with a Raspberry Pi compatible PCB and updated software. A very important development has been the release of the BennVenn LCD screen mod, which costs a fraction of the McWill kit and arguably has better features and power utilisation.

...and now if you want all this in a single image, Fadest has compiled this amazing poster (which he used for display at this year's RGC in France)... 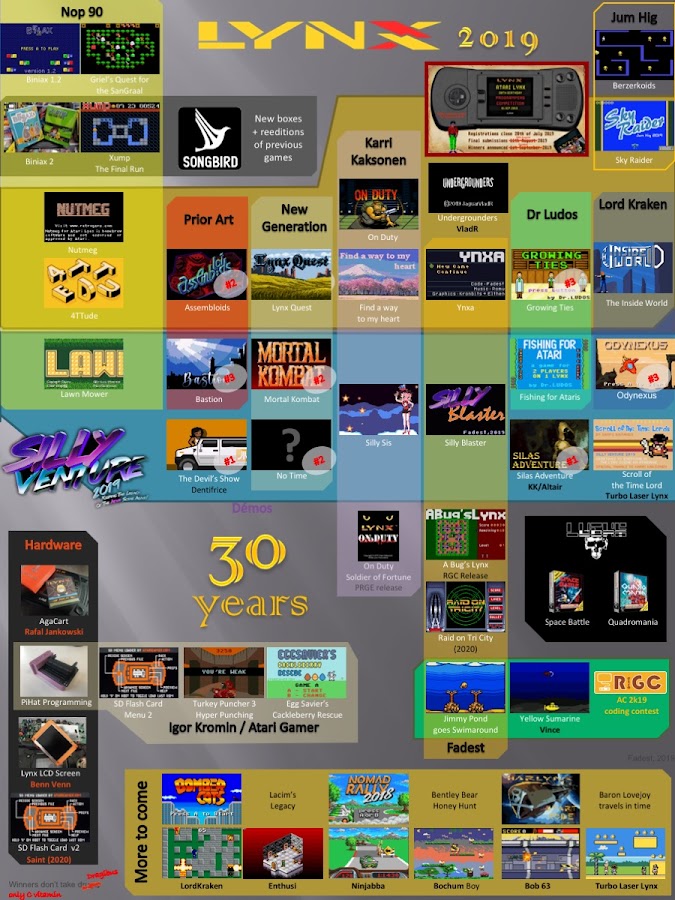 -AG
Tags: New Year
♥ Did we get something wrong or you have something to contribute? Please tell us about it!
You can find Atari Gamer on...
Be sure to follow for the latest Atari Lynx news, updates, stories and photos!
[ Don't show again ][ Dismiss ]
Loading...
10
Close