Last year we received a nice report from Kamil „gorgh” Trzaska about his experience at Sillyventure 2k18. Well this year Kamil was back at the party and he's sent in another update of what went on, we also present to you some shots from the SV2k19 forum thread. Over to Kamil... 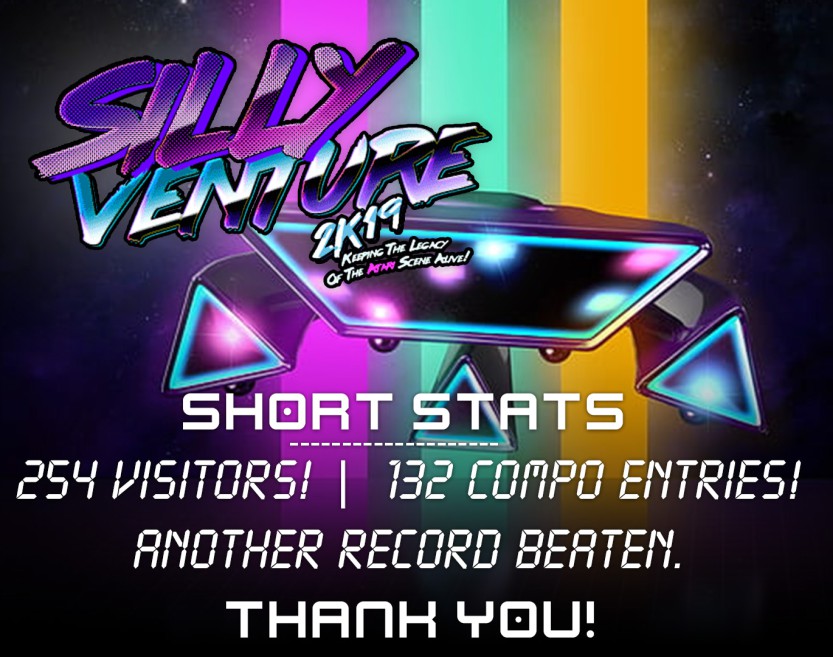 This was my 4th or 5th time at a Sillyventure party, and I must say this one was the one I enjoyed the most. It’s mainly due to the fact that during those years I met lot’s of creative, smart and friendly people so SV this year was a family reunion for me really. But first things first...

We began our journey to Gdańsk at 9 A.M., Krzysztof, our driver had some meeting in my hometown located 50 km from Warsaw, so he was able to pick me up right from my appartment. We went straight away to Warsaw to pick Aleksander and after 4 hours of driving we arrived at the spot at 2 P.M. I left my 6 cartridge boxes ( I promissed to bring those) at the party place and went straight away with my crewmates from Agenda to find something to eat. Odyn1ec, a very talented graphician who spent most of the time with us suggested we could go to the beautiful Old Town to eat some dumplings, but when we arrived there after 15 minutes of walking it turned out all tables were already reserved, so we decided to go to a pizza place.

The pizza was very tasty and cheap (5 Eur with beer for one person), after the dinner we went back to the party place. There were already many people out there, half of them I knew. There were also many people from abroad. After half an hour I had to go back to the Old Town, because I had a meeting with my old time friend- really clever guy who had a Commodore in his childhood, and when we came back together from the bar he was very pleased to see people are still engaging in such activities.

After couple hours the first part of the competitions began- graphics and music compos as well as Wild compo. That was real pleasure to watch and listen such interesting works, the big advantage of being friends with the main organiser was that he gave our group table with a sofa near the big screen we could enjoy the productions even more.

Around 1 A.M. I went to the hotel because the night before was sleepless. After sleeping nine hours and taking a shower I came back to party place Saturday noon. I ate some tasty bigos and croque that was served by the Sylwia- wife of Grey (SV organiser) and started usual demoscene rituals- talking with friends about upcoming productions, discussing future parties we are gonna attend, as well as talking about everything else demoscene related and friendship related stuff. Our friends from New Generation group shared some insights about coding on Lynx- it turned out their demo was made in 4 days, because Grey, the organiser asked them kindly for some production. Guys were really busy last months making Lynx stuff – first for the Atari Gamer compo and later for SV- they contributed with a game (Mortal Kombat) as well as the demo. Very talented and friendly people. 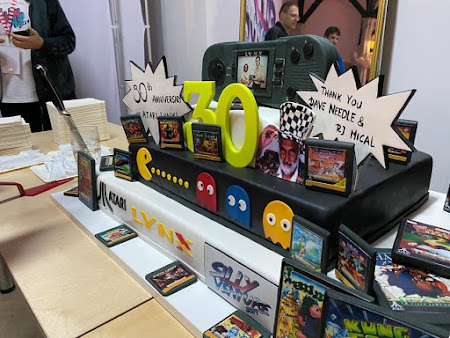 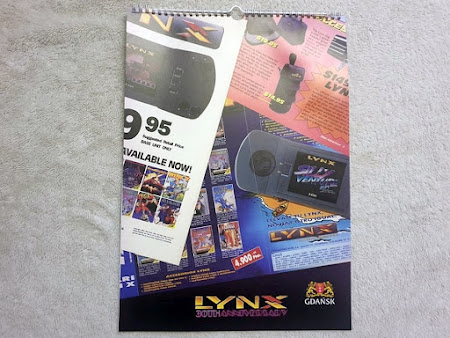 Very nice touch was the live conference with one of the creators of Lynx- RJ Mical. He is such a happy man and I perceived him as a successful engineer and smart guy from the golden era of computing- Sillicon Valley version of american dream. The compos were delayed 2 hours, which was a little frustrating, because we submitted several entries to graphics, music, intro and demo competitions, but after watching our productions on a big screen all the stress dissolved and such feeling of fulfilment appeared. The quality of the productions was very high, I was positively surprised by the craftmenship and artistic values. There were even productions for Atari Portfolio! 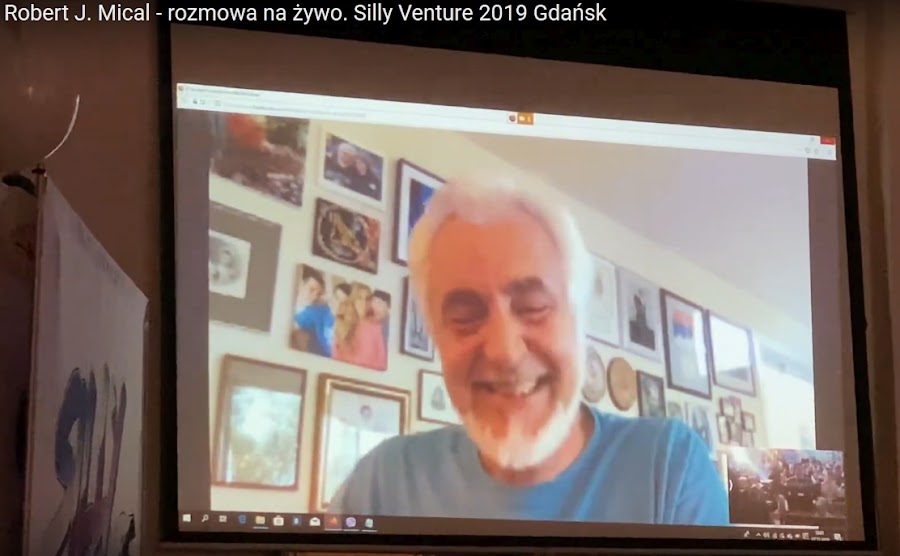 I left the partyplace at midnight and I watched rest of the compos in the internet thanks to JAC’s and Felice’s streaming on Facebook. Next day I arrived at the Party Place at 10 A.M., there were few people out there, but people were coming all the time, so at 11 A.M. Grey could start announcing competition results and give out prizes.

On the way back to Warsaw we were travelling with Wojtek Zientara- legendary author of books and magazines about 8 bit Atari from the 80s and 90s. The party was a big success, big thanks for all the people involved, there were really number of friends that made this event possible. Till next time!

If you want to see all of the Atari Lynx competition entries that SV2k19 spawned, check out this article - All new games and demos for Atari Lynx from Sillyventure 2k19 party.

-AG
Tags: Competition, Homebrew, Party, Sillyventure
♥ Did we get something wrong or you have something to contribute? Please tell us about it!
You can find Atari Gamer on...
Be sure to follow for the latest Atari Lynx news, updates, stories and photos!
[ Don't show again ][ Dismiss ]
Loading...
10
Close