The Atari Lynx is seeing a revived interest from the home brew community with Wyvern Tales having been released in 2018, Zaku re-release landing in mail boxes, Unseen being close to release (within the next few months) and new games such as Bentley Bear's Honey Hunt and Lacim's Legacy being announced in-development. It's a great time to be Lynxing!

Today we're taking a close look at Lacim's Legacy. Although the story is not yet complete, the engine looks very polished and runs blazingly fast. Graphics look a treat too. This is going to be a very exciting game to play once it's completed! 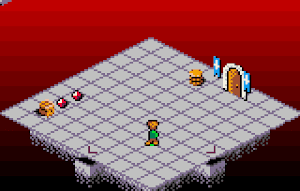 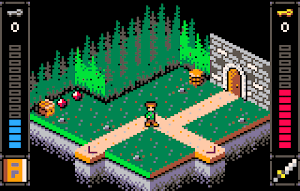 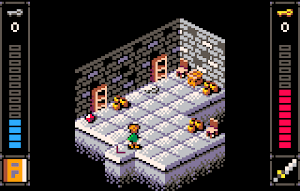 Atari Gamer had a chance to chat with Martin Wendt and here's what he had to say...

MW> The whole Project started only a couple of weeks ago when Dan Thoresen posted about his former mockup graphics for an isometric RPG style game. He had started to write a proof-of-concept for the Pico8 and implemented some of his gfx already. I was in awe und when he sent me his original sprite sheets with the tiles I started testing how this would work and look on the Lynx. Since then we are in close contact discussing and planning the game for Lynx.

MW> My approach to developing for 8bit systems is to strictly write everything manually in assembler and as far as feasible writing my own tools for this as well. This forces me to get to know the system on a rather detailed level and makes sure that the overall limit is neither the functionality of existing libraries nor the scope of available tools. Only the hardware itself dictates what can be done and what can not. 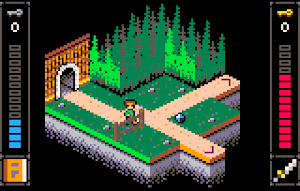 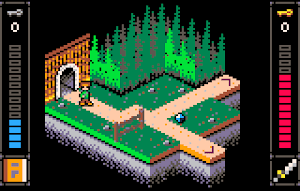 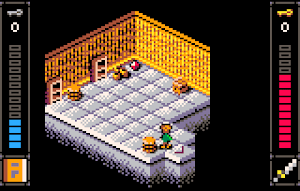 MW> Our RPG game starts in a town or village and will later consist of multiple areas with different themes, such as woods, coast or dungeons, etc. Dan wrote a superb map editor for it already.The engine currently runs at full 60fps which we may not be able to keep with several NPCs active but the player character already now moves at 30fps so there will be no notable slow down.The recently implemented room and object structure allow for complex scripting of events and dependencies and states of objects - like open/closed or picked up - are kept in memory (and hopefully at some point in EEPROM on cart). There is much left to do but all potential showstoppers should be out of the way now. 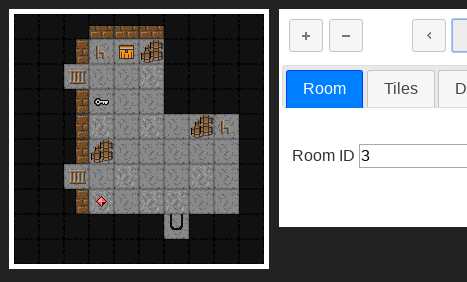 Wow well that certainly sounds very promising! However, there is more to share! Here's a video and commentary from Martin himself. It's awesome being able to see the beginnings of this game in action. Keep up the great work!

Atari Gamer also talked to Luchs Soft and they've confirmed that once Lacim's Legacy is completed that they will be publishing it. This makes it even more exciting, Luchs Soft releases are known for their quality and polish. This is pure speculation at this point, but seeing a full sized poster and a lapel pin for this game would be the cherry to top off a nice cake!

-AG
Tags: Announcement, Interview, New Game
♥ Did we get something wrong or you have something to contribute? Please tell us about it!
You can find Atari Gamer on...
Be sure to follow for the latest Atari Lynx news, updates, stories and photos!
[ Don't show again ][ Dismiss ]
Loading...
10
Close