The goal: Compare two Atari Lynx games head to head in a battle of the titans, clashing to the finish. Who will win? Which game comes out on top? Chip’s Challenge VS Crystal Mines II

Atari Lynx players have particularly got it good when it comes to puzzle games for the system. Who’d have thought that the puzzler category would have so many games on the console? Turns out we are a cerebral bunch! Two of the classics of the system are ‘Chip’s Challenge’ and ‘Crystal Mines II’. So let’s pit them head to head and see which game is the victor. Geeeeet reeeeady to ruuuuumble! 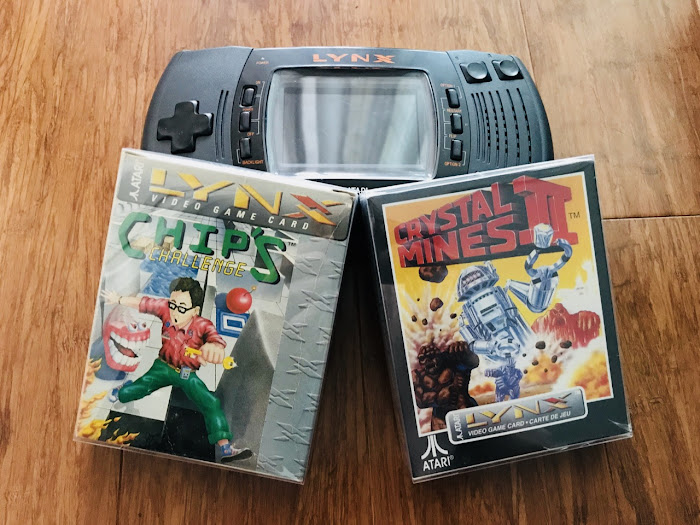 Both of these classic games don’t have overly spectacular graphics, because they are more interested in gameplay elements. ‘Crystal Mines II’ has the edge just slightly in terms of graphics. The sprite detail is just that little bit more detailed; the flashing of the gems, metallic style pipes, the vibrant TNT blocks... all of these give ‘Crystal Mines’ just that little bit more visual ‘oomph’. 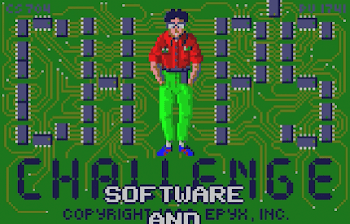 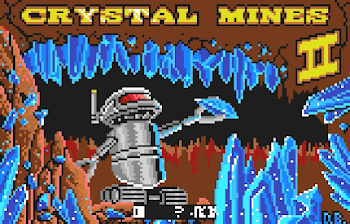 When it comes to sound, it’s clear that ‘Chip’s Challenge’ has the upper hand. The effects are often humorous (in a good way) and compliment the visuals extremely well. The music soundtrack is one of the best and most memorable found on the Lynx and contributes to the game being a classic. ‘Crystal Mines II’, on the other hand, has a fairly up and down soundtrack which is not of the same listening quality; it tends to become tinny and slightly metallic, though the effects are generally very good. Chip clearly has the edge.

‘Chip’s Challenge’ is the winner of the controls realm because it’s just so simple. You don’t need to do more than just walk around, and where necessary, let the powerups do their thing. ‘Crystal Mines II’ also has very clear and easy to use controls, which are slightly more technical when it comes to the dynamic of shooting through dirt and placing TNT. But really, there’s not a lot in the competition between which game handles better!

Both of these games are absolutely rock solid gaming challenges. They each have over 100 levels of playing enjoyment. But ‘Crystal Mines II’ wins in this category due to the fact that it has not only an enormous number of regular levels, but also a huge number of bonus levels! You can even break through walls in ‘Crystal Mines II’ to find more treasures. Like ‘Chip’s Challenge’, a generous and essential passcode system is used to save your progress, which is great news for regular gamers.

Each of these games are a delight in their own way, but the win here goes to Chip. His game is simple, it’s fun, it’s perfect for all ages, and there is just so much to do. Yes, ‘Crystal Mines II’ is also perfect for young and old, but ‘Chip’s Challenge’ beats it in the overall stakes. Making the game hero a kind of ‘nerdy guy’ and also the great hero is pretty inspired. It pays off and really does show value for all different people; I love this aspect a lot.

The winner by a nose is ‘Chip’s Challenge’! This game has a legacy that is still strong today, through both Microsoft Windows inclusion and also a recent Steam conversion (both the original and a sequel!) ‘Crystal Mines II’ too has a big legacy, with a Nintendo DS ‘Crystal Mines’ title released and a homebrew Lynx add-on collection (‘Crystal Mines II: Buried Treasure’). But there can only be one winner; so congrats to Chip on taking out the big prize.

Tune in again for the next ‘Lynx Game Battle’! Goodnight everyone!