The goal: Compare two Atari Lynx games head to head in a battle of the titans, clashing to the finish. Who will win? Which game comes out on top? Toki VS Gordo #106

It’s the battle of the baboons! The struggle of the simians! The grapple of the gorillas! And all that. Yes, the Lynx has two monkey-led platform games that have multiple similarities. Scrolling platform action! Thrown projectiles! Dangerous foes! Tough overall challenge! No passwords or save game system! They are truly titles for the master platforming gamer. So... which game comes out on top in this all-swinging, banana chomping slugfest to the finish? 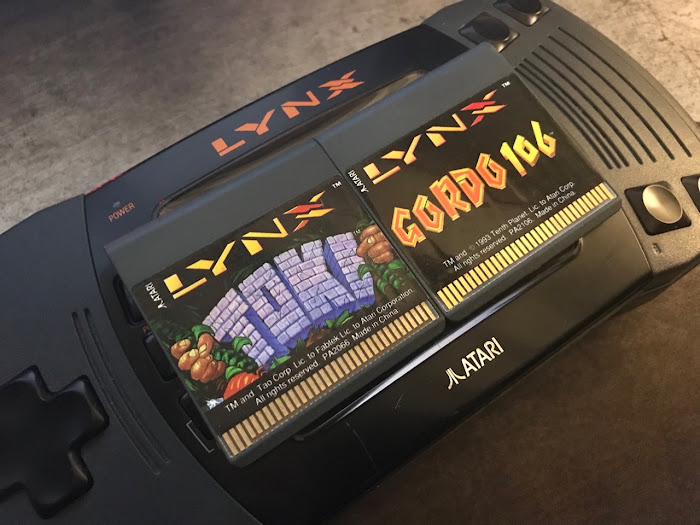 Yeah, this one was tough. Even though ‘Gordo #106’ scores high in the visuals stakes, the animation in Toki seems way smoother for the most part. Gordo and the other sprites in that game are colourful, clear and distinctive, and often wonderfully drawn; but, Toki is just that bit more a visual feast. It's less sparse, less sterile. There's a rich jungle vibe, whereas Gordo always looks a bit like a fish out of water in those buildings and hotels. Score one for Toki! 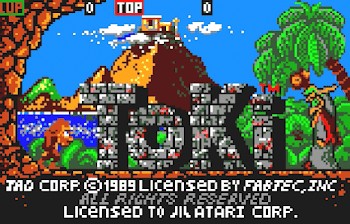 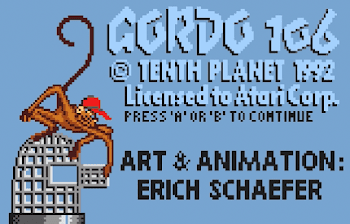 There is really nothing wrong at all with the ‘Gordo #106’ music and sound, so this is a testament here to how good ‘Toki’ audio actually is. Toki himself yelps around the place, the enemies shout with speech, and there are plenty of little digitised effect touches. The music, too, is a brilliant set of entertaining and funny tracks which heighten the tension. Gordo, your game has some good sound, but ‘Toki’ is one of the Lynx’s best performers in this zone; very few games can compete with the music and sound in this one.

Ooooh... this one is close. You see, the thing with Toki is, he’s pretty slow to move around. And Gordo gives you the option of making him also RUN around. But in the end, there is just too much of a fiddly nature regarding the ‘walk to run to walk’ dynamic that ‘Gordo #106’ requires; plus, that game demands really precise “swings” on lampshades and hooks, which lead to almost certain death if they are missed. ‘Toki’ therefore has the edge, being more clean to control. Incidentally, both games have excellent variety when it comes to character movement. But hey, Toki can also swim; that kind of counts for a fair bit in my book!

Sorry Gordo, but ‘Toki’ is one tough cookie to crack. Though some might argue ‘Gordo #106’ is even harder, I would say that the platforming is just unnecessarily trickier, due to having to both run AND walk to progress. Plus, Toki has the one-hit kill factor; Gordo is much stronger when attacked. And rather than just flat out dying after a fall, at least 'Gordo #106' lets you try to escape the uber present dungeons that lurk under the ground. It's true that aiming of weapons is way harder with Gordo, but even though Toki has more power in his attacks, the enemies are way more dangerous in that title. It’s another win for ‘Toki' here, but not by very much! Both of these games are HARD!

Despite his slowness of movement, Toki comes up trumps in his monkeying around because his game is just so entertaining. Sure, Gordo is a fun dude but he doesn’t have as much expression, humour or charisma as Toki does. Playing 'Toki' takes you right back to an arcading experience, where every coin counted. It accurately portrays the engine and dynamic of the origin game, which is not something a lot of conversions can claim across consoles.

Both of these games are excellent platforming titles, having excellent smoothness of scrolling and several striking visual features (the background animations in ‘Gordo #106’ are simply brilliant). But there’s no way past it... for sheer fun and playability, ‘Toki’ stands tall. As tall as a monkey can, anyway.

Tune in another time for the next ‘Lynx Game Battle’! Goodnight everyone!