A very cool announcement from Fadest, the founder of Yastuna games...he's announcing his new game publishing business and has revealed a number of new games coming soon to Atari Lynx. There will be two launch titles - Raid on TriCity - Second Wave and Asteroids Chasers. The former is based on Raid on TriCity and the latter on Asteroids Chasers, which are both free downloads. The launch versions will of course include the cartridge, box, and manual. There will be a deluxe edition of Asteroids Chases, featuring a card game as well as a special cartridge and score sheet. And lets not forget about YNXA, it's also getting a major update with the final game being 3 times larger than the previously released version.

Here are some words from Fadest himself...

The goal is to make and publish games for the Atari Lynx, but also print games from other developers, and make games for other consoles and other editors. ... The website and online store are under construction but are expected to open soon. I already have PCB, stickers, cartridges are ordered, and box & manuals will be ordered very soon, in order to get them at the beginning of August.So sales may open july as presales, with expedition in august/september (for people who are in holidays in august and prefer to wait to be back for the parcel). 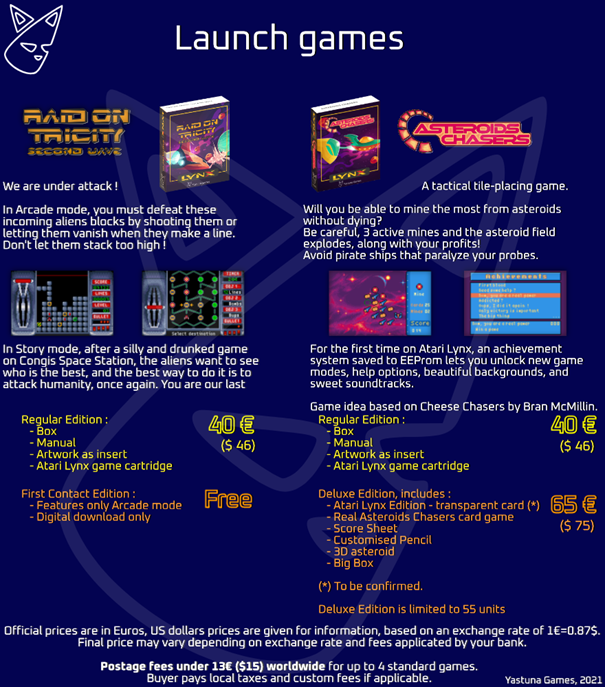