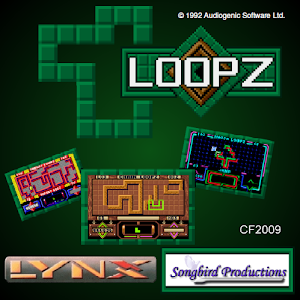 Loopz is the exciting game for one or two players, where you take pieces and try to complete "loopz" on the game board. It's a race against the clock, and sometimes against a friend! Score big points by creating ever-larger loopz. Try your hand at three different modes of play: Chain Loopz, Target Loopz, and Match Loopz. Two player support via Com-Lynx cable.

A version of this game was written for the Atari Lynx for Audiogenic by Hand Made Software but lay unreleased until picked up by Songbird Productions in 2004.

Note: This is a Songbird Production re-release of the original B&C Visions Loopz release. 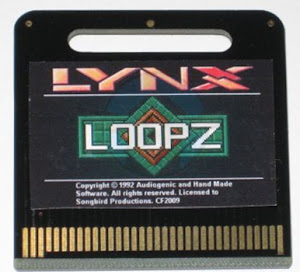 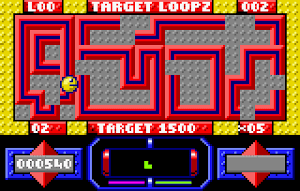 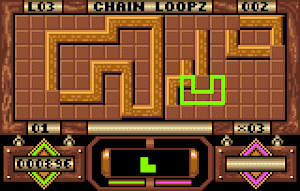 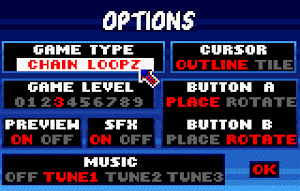 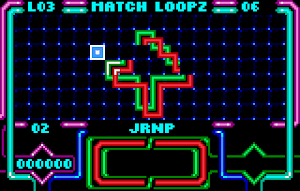