Wyvern Tales is a new game for the Atari Lynx, developed by Jasper van Turnhout and published by Nomad Studios. It's been in development since 2012 and has finally been released in 2018. It's being sold directly by Jasper at the price of 45 euros / 56 dollars.

I was lucky enough to get my hands on a two copies of the game, one signed by Jasper himself and one still sealed. So lets see what's the whole deal is about (this is just the unboxing, a review will follow after I've had a chance to play the game a little, or a lot)! 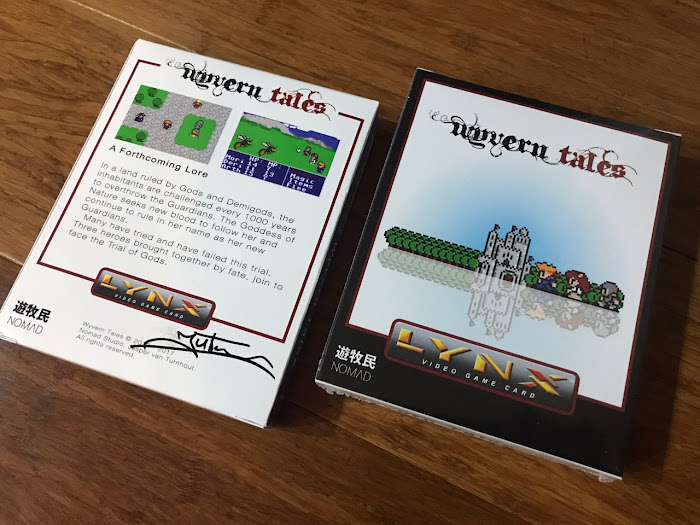 First lets talk about shipping. At the time of writing, Jasper offers only one option: DHL track & trace package (extra physical protection), ~17 euro to the UK and ~26 euro to the US.

Previously, other shipping options were included but due to some issues in transit these are no longer available.

With the DHL shipping, my expectation was that the game would arrive within a week and I'd be writing this article several weeks ago. Unfortunately it took 21 days for delivery! This was due to the DHL service being used, it's not DHL Express and hence is pawned off to standard postal service. In my case it was Deutsche Post handling it first, then Australia Post once it arrived in my country. I've seen others commenting about long shipping times on the Wyvern Tales discussion thread, yet others have reported receiving theirs within two weeks. In the end you just have to be patient!

Well, enough about postage services, lets have a look at the parcel itself... 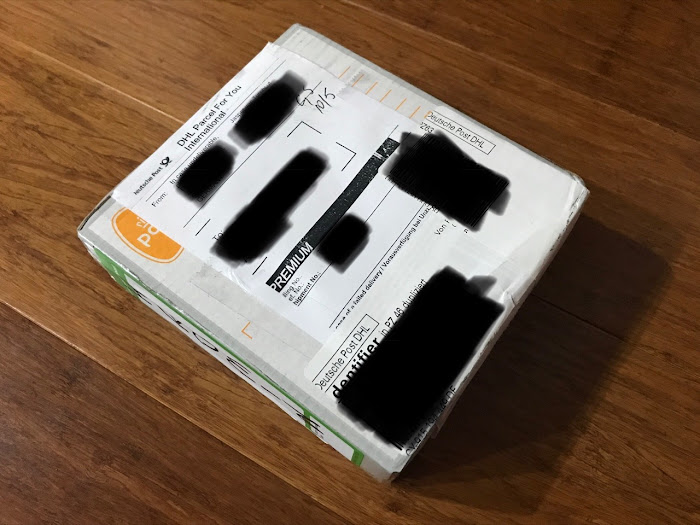 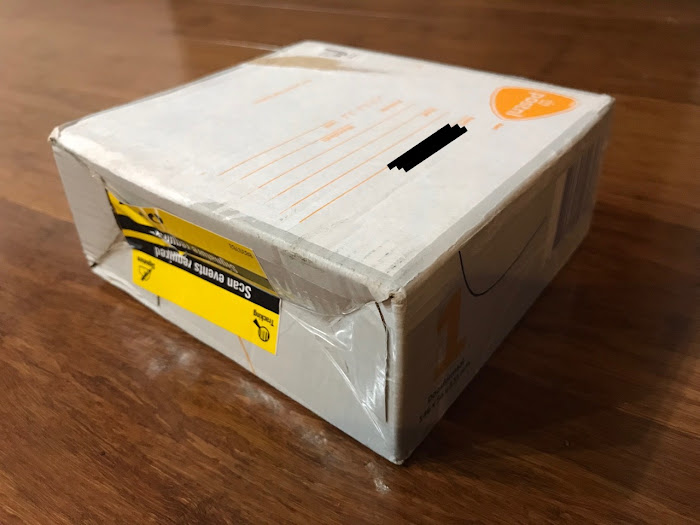 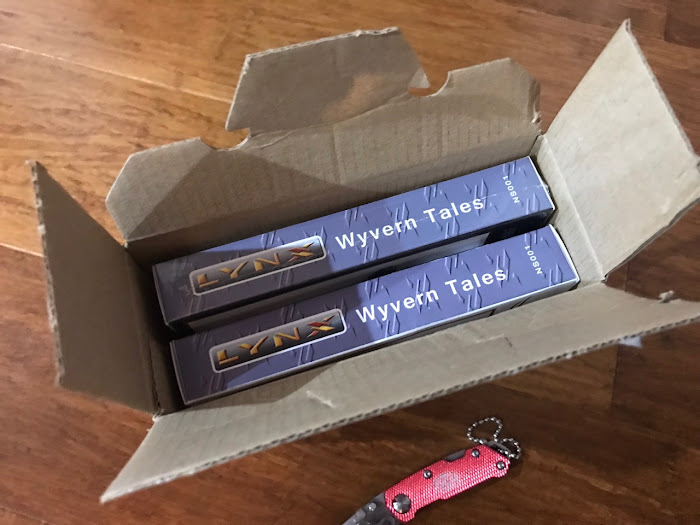 The game was well protected though there wasn't any bubble wrap in my case (with two copies of the game). I imagine that a single copy of the game would be padded out with bubble wrap. This is something I need to check up on with Jasper. Overall I was pretty happy with the packaging and my copies arrived undamaged.

Moving on lets see what was in the box! This was where I was really impressed! The game comes shrink wrapped in clear plastic, like all new Atari Lynx titles. My signed copy was of course already unsealed but my second copy had its shrink wrapping still. 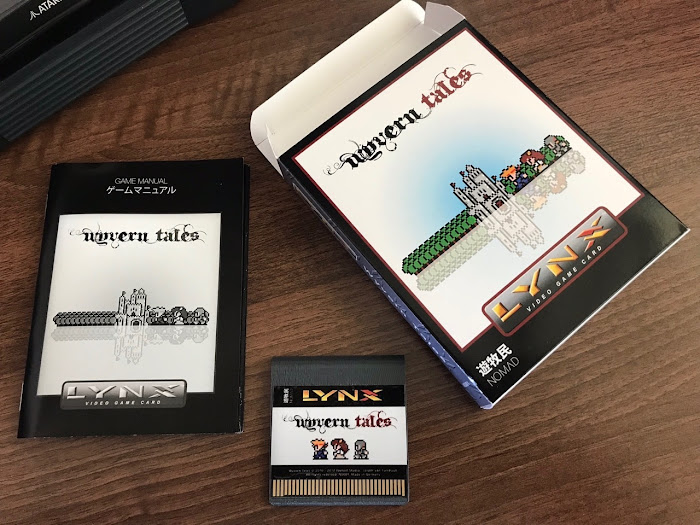 The box was professionally printed in high resolution and on glossy paper. It looked like any Atari Lynx game box should. It was simple yet elegant and just screamed quality! Inside was of course the cart itself, which was a 3D printed curved lip cart, an interesting way to do it, more on this later. Besides the cart, there was a black and white manual that was also professionally printed on glossy paper. 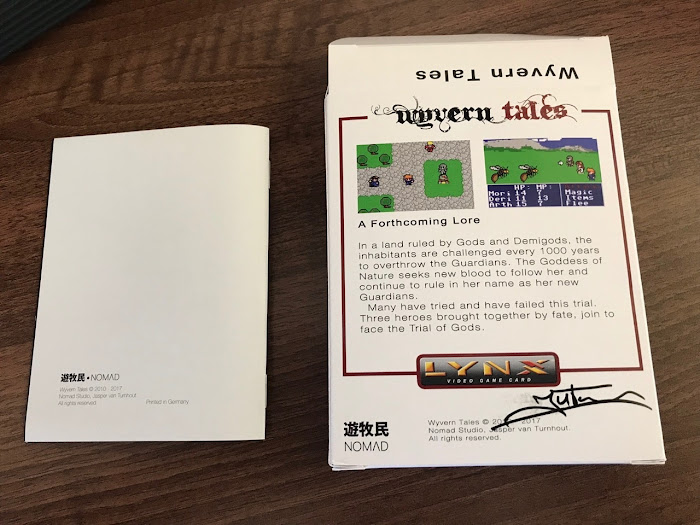 The rear of the box was again in the usual Atari Lynx game style with a short and sweet blurb about the game, two screenshots and the usual logos you would expect (Lynx and Nomad Studio). 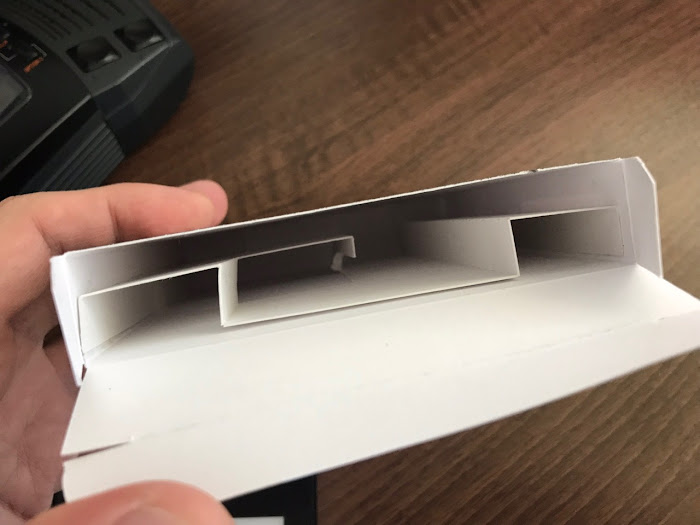 One final word on the game box - it wasn't just an empty box, it was very much identical to official Atari Lynx boxes. The cart had a holder to keep it in place and there was room for the manual in front of that. This attention to details was just fantastic! 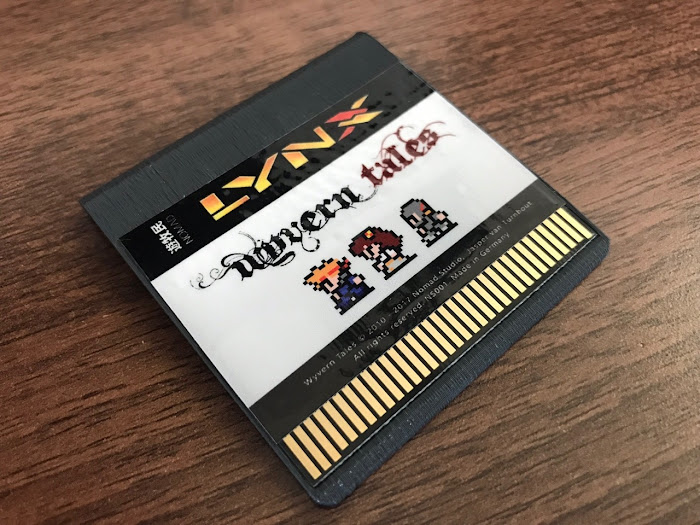 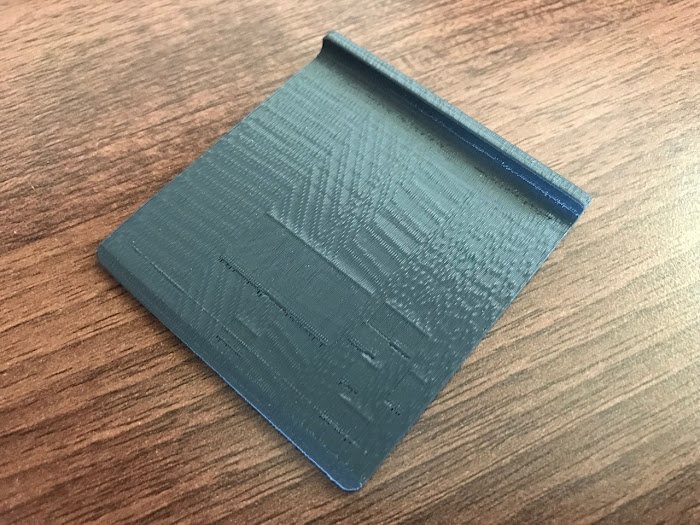 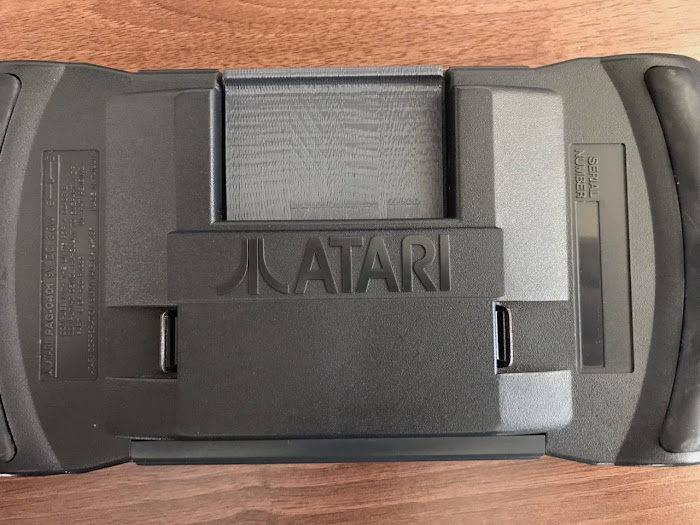 I mentioned that the cart was 3D printed in the style of the classic curved lip design. I was quite impressed and pleasantly surprised by this. Using a 3D printer in this way was very clever of Jasper because it would drive down the cost of having carts manufactured (cheaper game price, yay) while still delivering a product that looked very similar to an officially produced cartridge. However, I do wonder how long the lip would last on a cart like this - speaking as someone who has a 3D printer and has seen 3D printed pieces deteriorate over the years I don't think this is a forever piece and the lip would eventually snap off with use. In practice however this should not be a problem because the likelihood of continuously swapping the cart in-and-out is very low, so wear and tear should be minimal.

I was very temped to peel off the label on the cart to see what's behind but didn't venture that far. Maybe Jasper will be able to share some photos of the circuitry involved.

It took me a few tries to get the game to run. I kept on getting the dreaded 'INSERT GAME' screen over and over. After some shuffling and prodding of the cart I got it running. I've experimented with different Lynxes and some had an easier time recognising the cart than others. This is a fairly common problem with aftermarket and homebrew releases so if you're having some trouble, just try adjusting and jiggling the cart, it will work eventually. 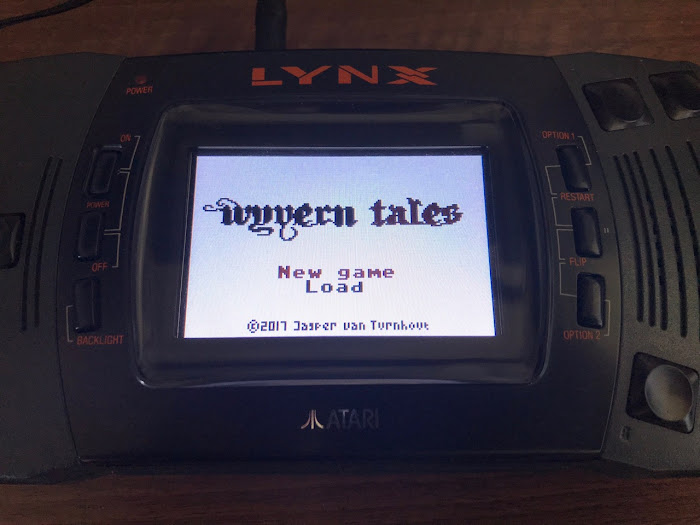 That's it for the unboxing, if you want to know more about the game, you can read the review here!

If you're interested in purchasing Wyvern Tales, head on over to its official website and sign up to be notified when you can purchase a copy. Jasper is experiencing high demand for the game, which is being produced in batches of 100. Once you sign up, you'll be put on a waiting list and once your turn comes up, you will be notified by email regarding costs and packaging.

-AG
Tags: Review, Unboxing
♥ Did we get something wrong or you have something to contribute? Please tell us about it!
You can find Atari Gamer on...
Be sure to follow for the latest Atari Lynx news, updates, stories and photos!
[ Don't show again ][ Dismiss ]
Loading...
10
Close