The Atari Lynx Programmer Pi Hat or the "Lynx Cartridge Reader/Writer" as it's otherwise known has been released for some time but no tests have been done so far to see which Raspberry Pi model is the best to use with it. Well, today we're having a look at just that!

Note: At the moment the cart reader/writer is sold out, but it will be going into production again soon. If you are interested in getting one, please contact us. 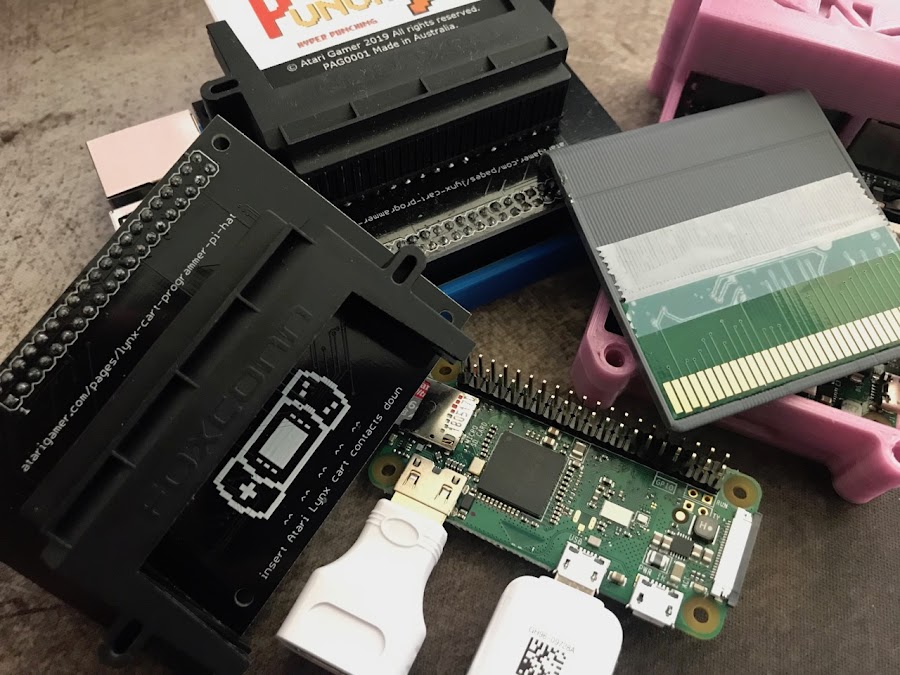 For these tests, Atari Gamer used three different models of Raspberry Pi. Model 3B+, Model 2 and Pi Zero W. Board software was the current version compiled from source over at BitBucket. The "ROM" used was the standard test 512k random data file that is used for testing each of the reader/writer boards. The ROM file is rand512k.dat and it's bundled with the source code.

Something to keep in mind is that most of the homebrew/programmable cartridges are based on the SST39SF040-70-4C-WHE flash chip. This chip has a notably higher write (14 µs) vs read speed (70 ns) - this is reflected in the results below.

Times in seconds to write various ROM sizes to cartridge

It's obvious that using turbo mode is always faster, even on the same model of Raspberry Pi. As an aside, turbo mode will be the default mode in future version of the board software. It's interesting that the Model 2 was faster than the Model 3B+ when turbo mode was not used. The Zero W was always much, much slower than both of the other models of Raspberry Pi tested.

Times in seconds to read various ROM sizes to cartridge

As expected, turbo mode was faster again when reading cartridges. The improvements in read time with turbo mode were around 2x faster. In terms of reading data, Model 3B+ was always faster with the Zero W coming in last again.

So when it comes to choosing the right model of Raspberry Pi to use with the reader/writer board, the Model 3B+ is the one to go for. If you really want to spend the minimal amount of money, the Pi Zero W will work, but be prepared for long wait times, especially when writing cartridges. Model 2 is not worth considering, especially since it is harder to find and that the Model 4 is released now. Atari Gamer will publish updated results once we get our hands on a Model 4 Raspberry Pi.

Please do share your results in the comments below!

-AG
Tags: Game Development, Hardware, Pi Hat, Programming
♥ Did we get something wrong or you have something to contribute? Please tell us about it!
Did you like what you just read? Please take a moment to see how you can support Atari Gamer. With your help we can keep this retro gaming website going and develop new content! Or just check out what else we have for you...
You can find Atari Gamer on...
Be sure to follow for the latest Atari Lynx news, updates, stories and photos!
[ Don't show again ][ Dismiss ]
Loading...
10
Close