It's been a year and a half since we did a review of the Atari Lynx 2 Display Stand from Gaming Displays. For a while GD were looking for a donor Lynx 1 unit they could use to make a stand and after they weren't able to get anyone else to commit, we from Atari Gamer sent one of our Lynx 1 consoles to them. When they sent our Lynx back, it came together with the magnificent stand they created. Lets check it out.

The stand comes packaged in a plastic bag together with instructions on how to put it together. This is a nice new addition, though putting the stand together is easy enough without instruction too. There are four acrylic parts that make up the entirety of this display stand. A very cool new change is that the base of the stand comes with rubber feet to stop it from sliding around. 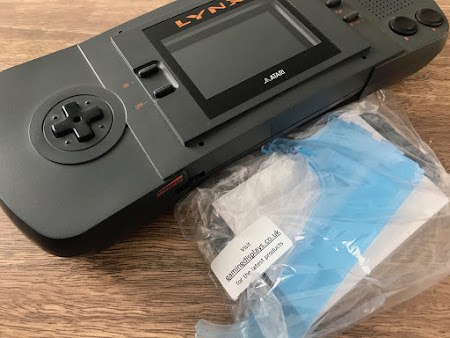 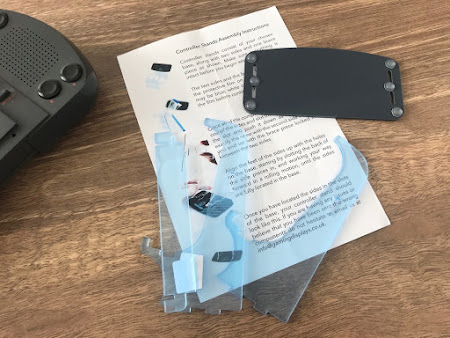 As usual, most of the parts need to have their protective plastic sheet peeled off first. The base doesn't have this sheet because it would have been removed when the Atari and Gaming Displays logos were painted onto it. 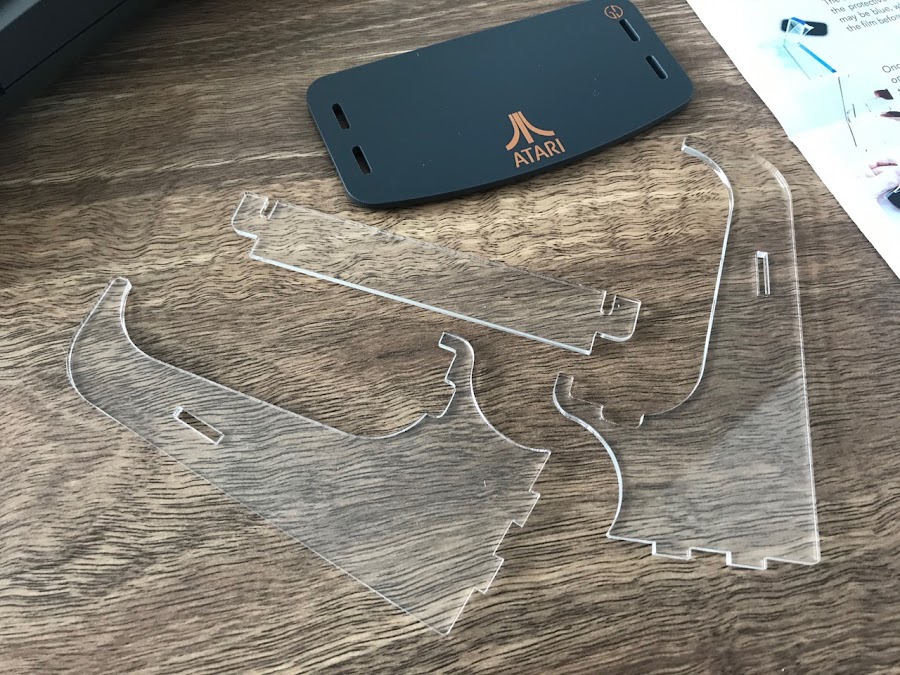 As mentioned earlier, putting the display stand together is simple. The fit is much tighter than the Lynx 2 model, but that's an improvement. The small horizontal brace part has to be connected to the two vertical supports, then that assembly is slotted into the base. Piece of cake really. 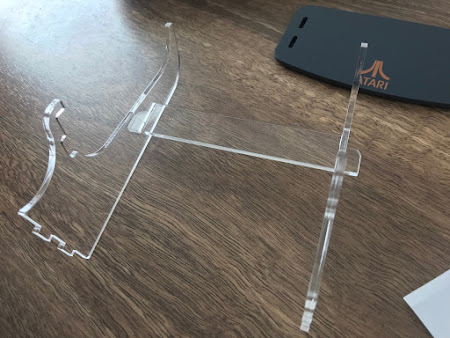 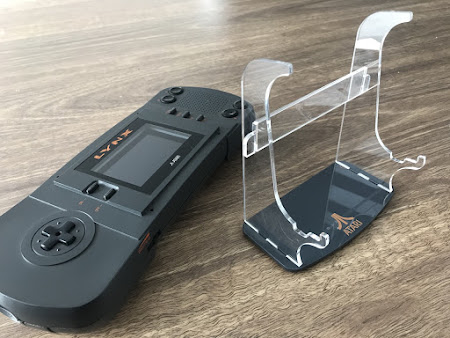 Now time to slot the Lynx 1 into it! Unlike the Lynx 2 stand, this one seems to curl around the Lynx more and the curves make it look so much nicer too. The addition of the Atari and GD logos is a nice touch as well. Overall the stand is nice but feels a little top heavy. The model 2 stand has an angled back design which makes it more stable, this stand has the Lynx standing pretty much upright. However, since this is a display stand, that's not a huge issue, but if you plan on moving it around, it may tip forward. Still, we like it!

Here are front and back photos... 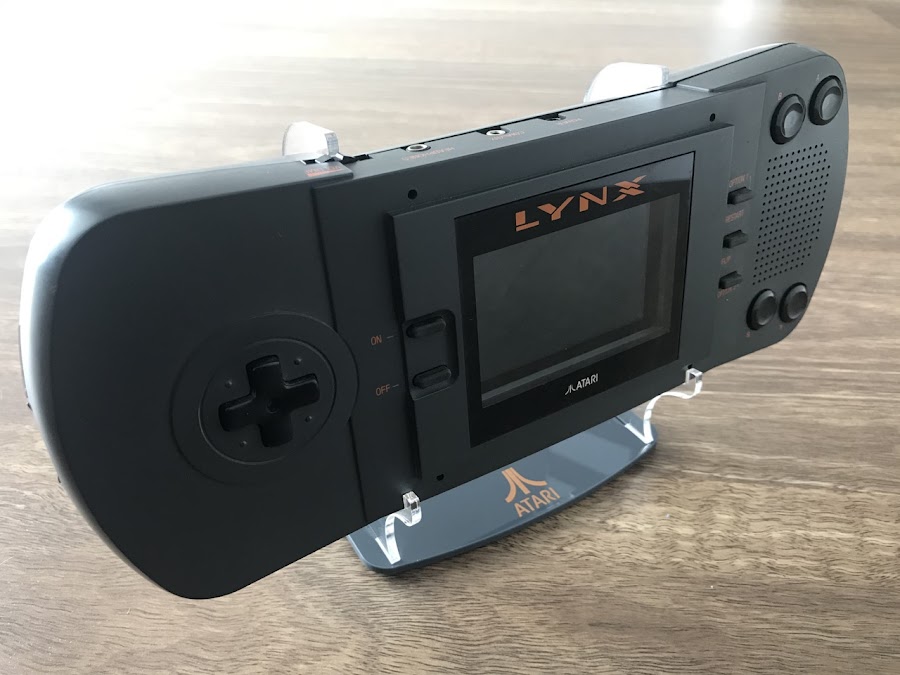 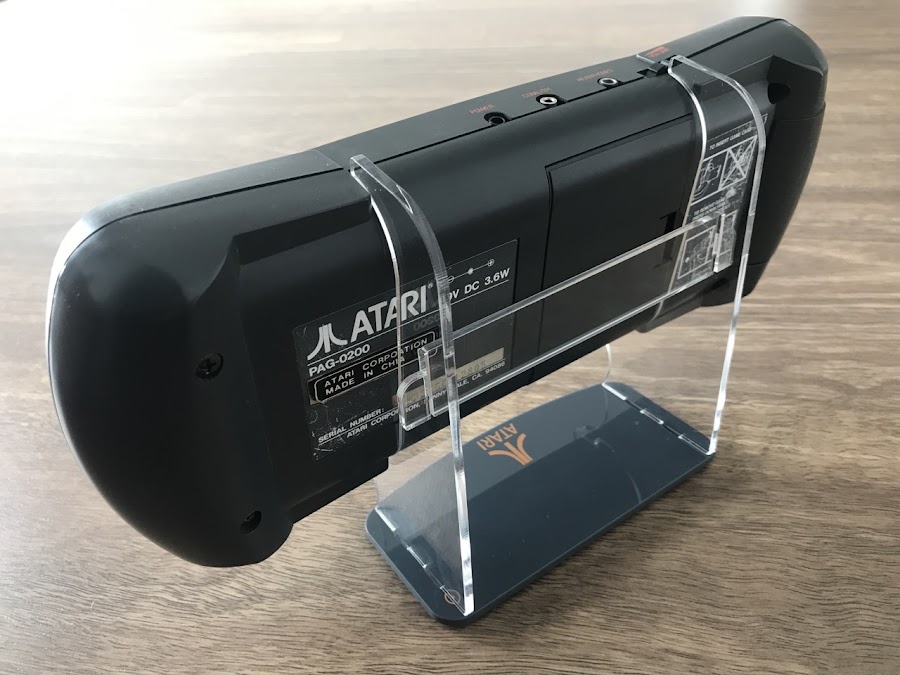 Here it is next to the model 2 Lynx stand... 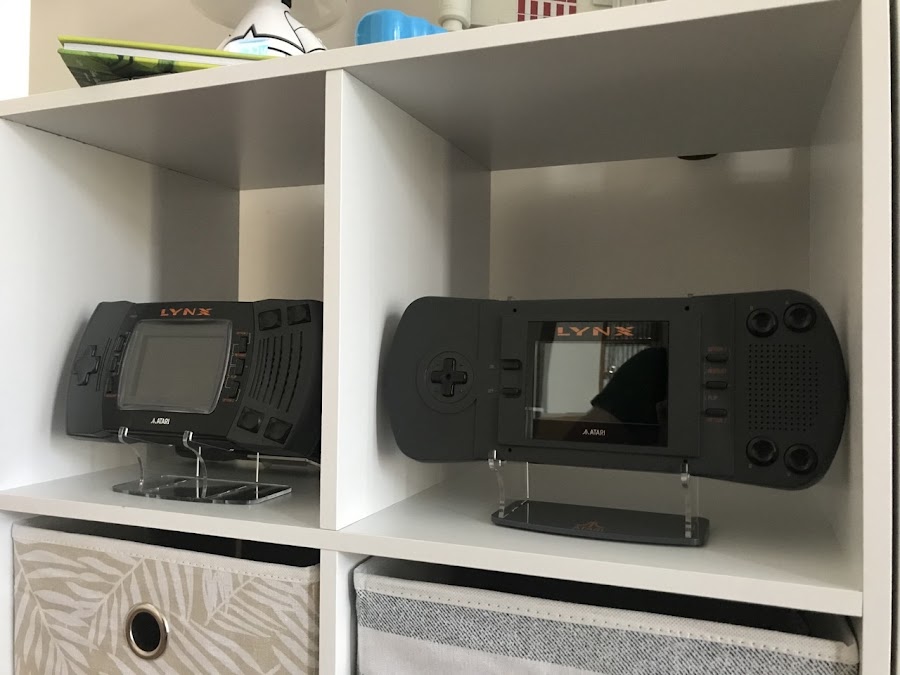 You can get your own here...Atari Lynx I Console Stand, at the cost of £8, it is a real steal!

-AG
Tags: Display Stand, Gaming Displays, Review
♥ Did we get something wrong or you have something to contribute? Please tell us about it!
You can find Atari Gamer on...
Be sure to follow for the latest Atari Lynx news, updates, stories and photos!
[ Don't show again ][ Dismiss ]
Loading...
10
Close