“I love that game!” “What are you talking about? It bites!” “That game is awesome!” “Nope, it sucks!” Sound familiar? Well then, welcome to a post celebrating some of the most polarising Lynx games of all time. If you find yourself really enjoying a Lynx game that other people say is not very good, then you may have found a polarising Lynx title! And there are a few.

The good news is, ultimately, game enjoyment is a largely subjective experience, meaning that there are really only a few games that EVERYONE agrees are poor quality. The rest is up for interpretation and taste, really. So let’s take a look at some of those Lynx games that divide people right down the middle. Onwards! 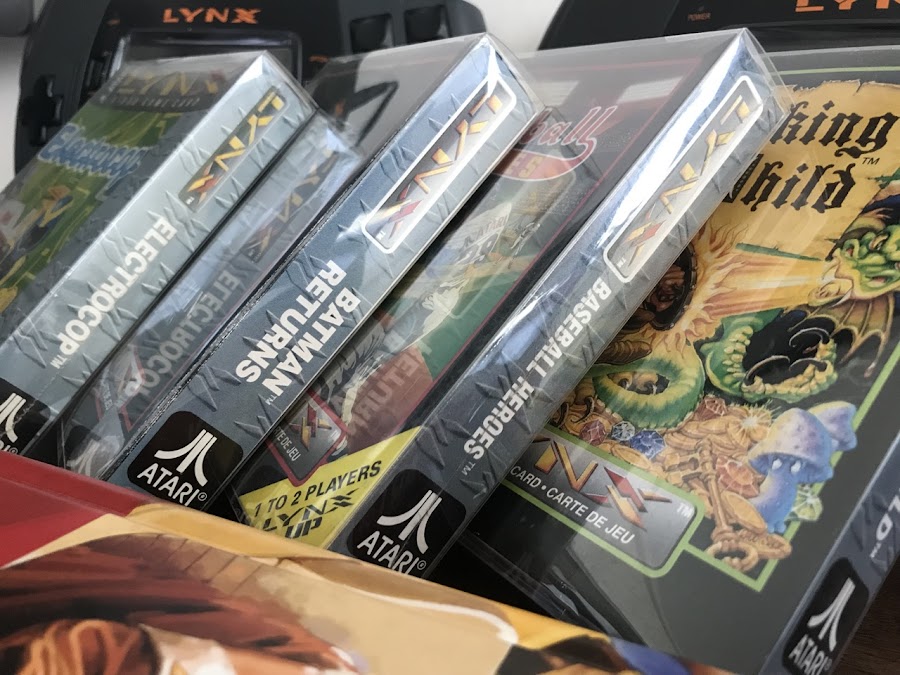 Okay... if you play this game only once, you may walk away thinking “Wha? This game is so slow! And you lose health just by walking? What is this?” And you’d be right, those factors are definitely present in this colourful Lynx platformer.

But... dig a little deeper, and you’ll find that ‘Viking Child’ has a bit more than meets the eye. It’s a great visual translation of the original game. It’s got secrets, bosses, item shops, level-specific foes, a password system, and special weapons. There's a lot more to it than meets the eye. And it’s got a decent challenge.

Some absolutely love ‘Viking Child’, whereas some find the speed of the game to be a game-killer. So what do you think? It truly is a polarising game!

When a game is a pack-in title for a console, there is probably some reason why that’s the case. Perhaps it’s the technical achievement of it. The graphics. The sound. The overall feel. ‘Batman Returns’ has a lot of good qualities. So why do so many people give it the thumbs down?

One answer: difficulty. This is arguably the cruelest Lynx game of all time. You get one life. One fall off a building, that’s it. Back to the start. Enemies are infinite (they reappear and spawn constantly). What we get here is arguably the best looking Lynx scrolling beat ‘em up becomes a visually brilliant speed-runner. Unintentionally!

Is that a bad thing though? Maybe that makes ‘Batman Returns’ ahead of its time in the era of ‘Bit Trip’ games and ‘Temple Run’ iOS titles. Honestly, the graphics, the sound and the controls of this game are excellent. If there was a bit more time spent on adjustable difficulty and more levels, this game could have been nearly flawless.

In the end, ‘Batman Returns’ is either one of the most impressive Lynx action-platformers ever, or its one of the most frustrating game experiences in the Lynx library. Your call!

‘Electrocop’ belongs to a special category of Lynx games that are true technical achievements. We are in ‘Stun Runner’ and ‘Blue Lightning’ territory. The 3D perspective in this game has to be seen to be believed. However, game reviews of this title vary from great to good, to average, and to poor! Why? Almost no one doubts the amazing graphics on show; the conflict boils down to differences in how people experience the gameplay. For some, it’s awesome. For others, not so much.

Some would argue that there could have been more done here to improve the game, and you can read the Atari Gamer review to see what some of the (arguably) frustrating factors are. But some don’t see these factors as an issue at all; instead, they see this game as on par with the Lynx greats. So who’s right? That’s what makes it a polarising game? People! 😅

Sports titles are often polarising to begin with, because not everyone wants to play a tennis, soccer or basketball game; it’s a matter of taste. The Lynx has a number of awesome sports titles, but some are polarising; and ‘Baseball Heroes’ is one of them. A game that features awesome graphics, sound, speech, practice modes and selectable teams must be doing something right. And ‘Baseball Heroes’ has even more features than those. But it also has a fairly tricky batting mode, a very high difficulty level, and gaming mechanics which have frustrated more than a few players.

The verdict on ‘Baseball Heroes’ from the Lynx community would arguably be more negative than positive, but again, it depends very much on who you talk to. There are a lot less polarising comments about games like ‘Awesome Golf’ or ‘Jimmy Connors Tennis’ (both of those titles receive some fairly high worldwide acclaim). So, ‘Baseball Heroes’: is it good? Is it poor? That depends very much on how you see it.

That's all for now... and of course, you are welcome always to share your own (polarising) comments below! And we would love to read your agreement or disagreements. So, thanks for reading! And keep Lynxing! 😎