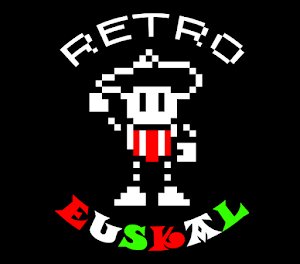 Even though most of the world is in a lock down situation with COVID-19 making social events difficult, if not impossible to organise, we were very happy to hear about the I.Basque Tournament for Atari Lynx and Atari 2600. This was an event held on February 20 and 21 by small group of players from the Basque Country. The event wasn't open to public this year and had a small invite list, but the attendants had a great time playing games on Atari Lynx and the Atari 2600. The point of this event was to get together for a couple of days and go head-to-head playing classic games on classic consoles.

There is also another (unrelated to this) yearly retro gaming event from the Basque Country that is organised by the Euskal Retro Association.

So lets find out what went on...

There were seven participants present at the event (due to restrictions on the number of people allowed together). For the 2600 tournament, there was a larger selection of games, with the classics (Breakout, Missile Command, Basketball, Outlaw, RC Soccer and Frogger) being played. The Atari Lynx tournament had a smaller selection of three games, with Checkered Flag, Rygar and Scrapyard Dog to play. 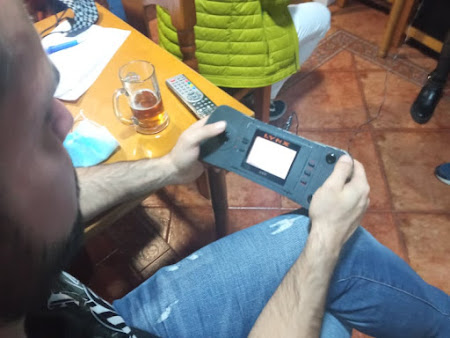 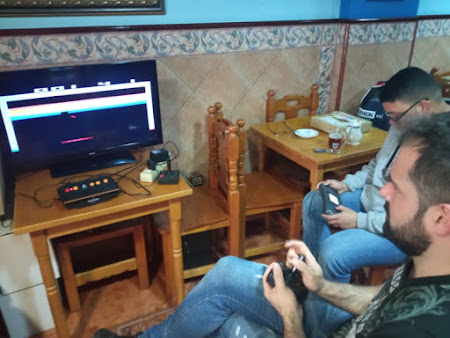 The event kicked off with both the 2600 and Lynx tournaments being played at the same time. While one or two players were playing the Atari 2600, another player was playing the Atari Lynx. Results were tallied and recorded for each participant and final points added up to determine who was the best player in each tournament.

This was the first time a Lynx tournament was organised by the group so the selection of games was limited, but for future tournaments there is a plan to purchase more games. Even though the selection was small, all of the games were fun to play. The tournament kicked off with players trying to get the best time on the first track of Checkered Flag. Rygar was next with contestants controlling this legendary warrior and killing enemies with his shield until they were out of lives themselves. Scrapyard Dog concluded the tournament and no mouse was left unharmed at the Junk Yard!

The contestants had a fun afternoon, there was even a guest (Adrian) who has never played Atari before. He was quite impressed, and did really well in most of the games (he said he will be back for more!) Both of the tournaments were dominated by the same person (Egoitz), who came in first place all the time, though he did have an unfair advantage with access to these consoles at home! If the pandemic allows, August 2021 will see another tournament organised by the group called the Bilbao Tournament of Atari Lynx and 2600. Next time around will hopefully see others bring their Lynx consoles for some ComLynx play, which will be especially fun with Checkered Flag. 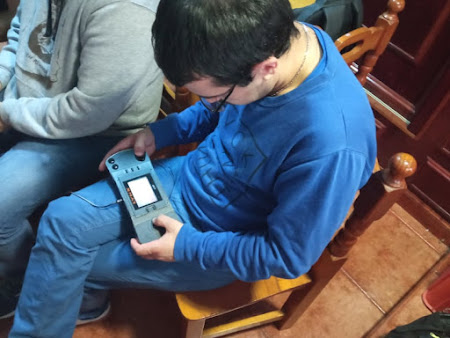 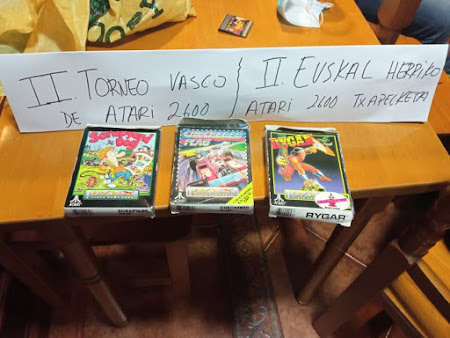 A tournament will not be complete without a listing of points and final scores, so here they are...

It's really great that folks are organising get-togethers and mini events and playing tournaments with classic consoles. If you want to tell us about your adventures on the Lynx, Atari Gamer would love to hear about them, and we would also love to share your story with others, just like we did for this event. Whether it's a small group of friends or a large gathering, keep on Lynxing!

Update: 6 months after this party, there was another, see the details here - I.Basque Tournament of Atari Lynx (August 2021)

-AG
Tags: Competition, Party
♥ Did we get something wrong or you have something to contribute? Please tell us about it!
You can find Atari Gamer on...
Be sure to follow for the latest Atari Lynx news, updates, stories and photos!
[ Don't show again ][ Dismiss ]
Loading...
10
Close