Every Lynx player has had one… an epic Lynx game moment. Maybe it's the robotic eyeball gate before the final 'Gates of Zendocon' boss. Perhaps it's the collection of three acrobats who confront you on the second level of 'Ninja Gaiden'. Regardless, here are some of the epic moments that the Lynx faces you with in the echelons of Lynx gaming!

Have you been party to any of these? 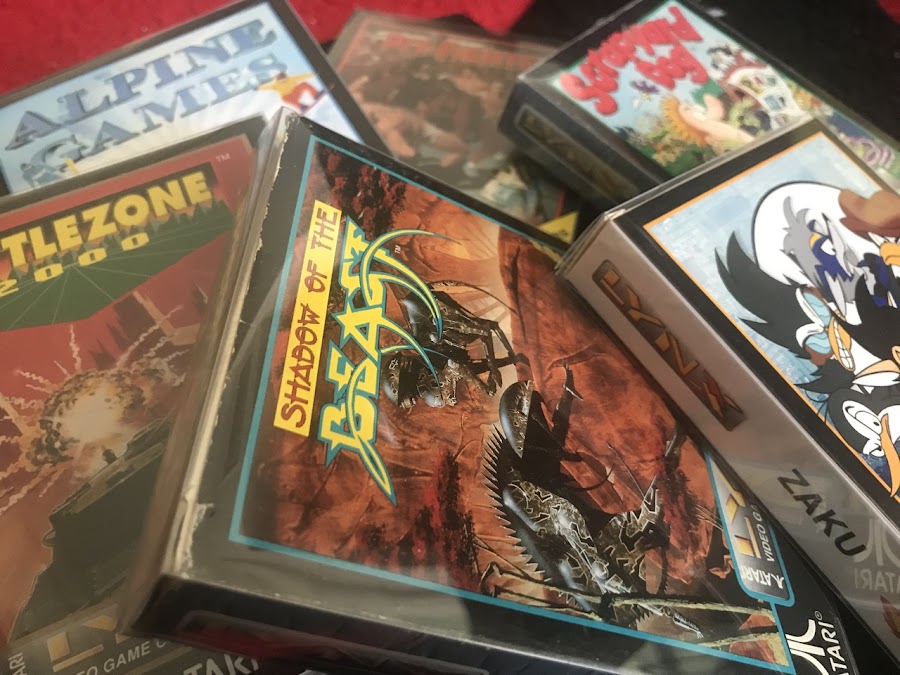 Shadow of the Beast - Running Animation

‘Shadow of the Beast’ is a great little Lynx platformer with outstanding graphics and music. But one standout is the running animation of the main character. It’s 100% silky animated movement, accompanied by some of the smoothest and most detailed parallax backgrounds the Lynx has ever seen (only recently matched by ‘Zaku’).

By the way, ‘Power Factor’ also has smooth running animation, but just can’t compete with the atmospherics of ‘Shadow of the Beast’.

One of the funniest, unexpected moments in ‘Pitfighter’ is when your character successfully connects with a special move. As the opponent crumples onto the canvas, Buzz, Ty and Kato each have a signature “celebration” pose.

Even funnier is when Buzz pulls out his flexing stance, and then cops a metal chair to the face from a quick-rising opponent. You can’t stop an automatic character pose... so you just have to cop it!

Alpine Games - Laughing In Your Face

‘Alpine Games’ is savage when it comes to the aerial jump event. As you leap skyward, you may find yourself misjudging your somersault and landing face first in the frozen tundra.

And what’s the response of the crowd as you pick ice needles out of your face in the sub-zero temperatures? They laugh at you. Loudly. This is one moment that you probably would have liked the Lynx audio to not be so clear!

Just in case the mini-games in ‘Electrocop’ (and hidden mini-game in ‘Slime World’) weren’t enough, ‘Battlezone 2000’ packs an entire different game into the cartridge... and it’s completely inaccessible without a complex series of button presses. Not only does this alternative game have its own rules and features, the green and black wireframe design of the traditional ‘Battlezone 2000’ is substituted with full colour graphics and sprites.

This alternate game could have easily been released as its own distinct title, but hey; no ones complaining about receiving two games for the price of one! It’s just that, unlike ‘Super Asteroids / Missile Command’, most players wont even know it’s even there!

One of the biggest secrets in ‘Scrapyard Dog’ is the incredibly well hidden secret level warps. You actually have to find a hidden miniaturisation item to even access them, because they are rare, small doors in the landscape that cannot be entered unless you are small. Plus, these doors only appear if you trigger them using a certain method (eg. ducking on an object in a particular way).

Anyway, these hidden portals are well worth it. Just one of them will take you far from the current danger and into a brand new future level!

Just when you thought you'd seen anything and everything in this game, you come face to face with the dastardly, formidable… toaster. Oh, he'll fire croutons at you. He'll weave around nastily. But there is a way to defeat him. Definitely a boss for the ages.

And by the way, if you need any outside musical accompaniment whilst fighting this boss, may I suggest Heywood Bank's 'Yeah, Toast!' song on YouTube? That'll be the perfect soundtrack to defeating this foe until he's… toast!

What are your epic Lynx moments? Let us know in the comments! Catchya, Lynxers!

Tags: Best Games, Game Review, Top Games
♥ Did we get something wrong or you have something to contribute? Please tell us about it!
You can find Atari Gamer on...
Be sure to follow for the latest Atari Lynx news, updates, stories and photos!
[ Don't show again ][ Dismiss ]
Loading...
10
Close