With the speaker all working at the end of the last post it was time to move onto doing something about that cracked screen cover. I've previously ordered a few of these from techbabe, who doesn't usually post to Australia but made an exception for me, thanks!

Anyway this was what my screen cover looked like, big ugly crack right at the bottom... 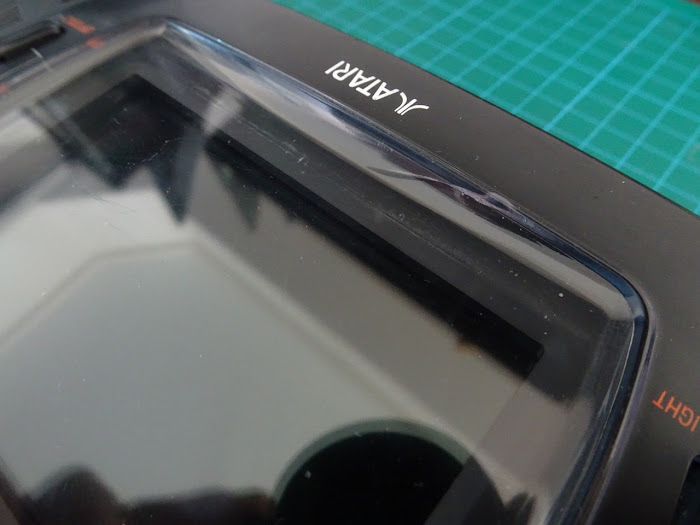 This was the new replacement cover, shiny! 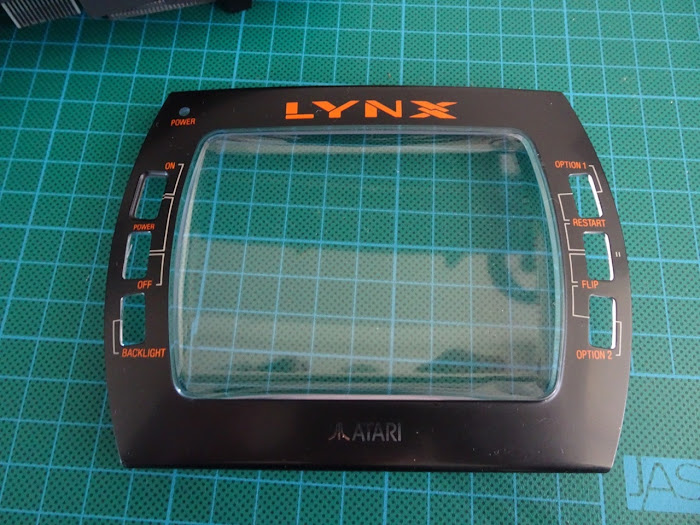 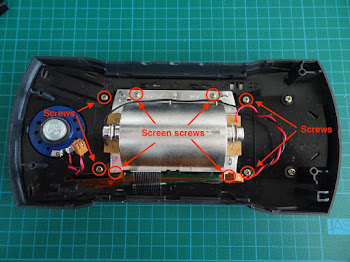 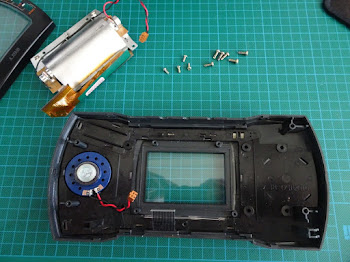 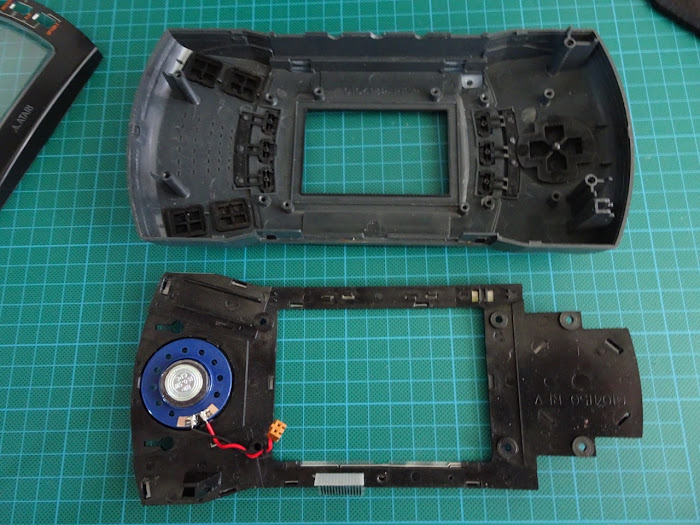 Removing the cover was a little tricky. At first it didn't feel like it would move. On one side it had two notches and the opposite side had 3. I used a clay modelling tool to push on the plastic tabs to pop them out. These were very tight but did come loose with pressure. I was careful not to snap off the black plastic around these tabs, though it did bend a little. That was not a big deal since the cover is also held on by two more tabs on the front. 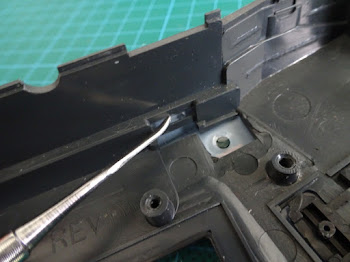 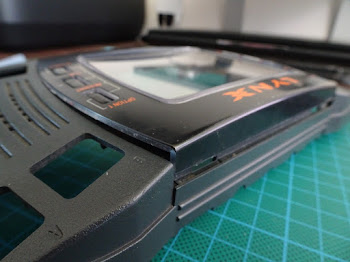 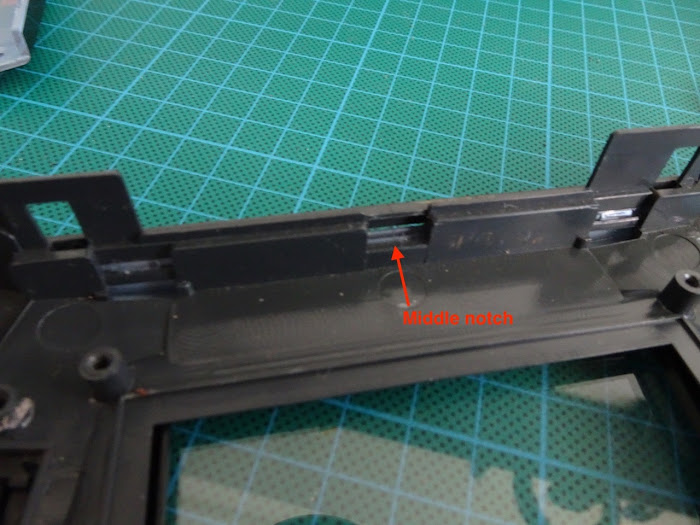 The tabs on the front side were smaller, one on each side of the cover. I didn't even notice them at first. When installed, they were right next to the rows of buttons on the front of the Lynx. These didn't give me much trouble during removal of the original cover.

On the inside of the screen cover was a black shroud. This was held in place by two plastic pin type protrusions in the Lynx case. There were two matching holes on the shroud to hold it in place. 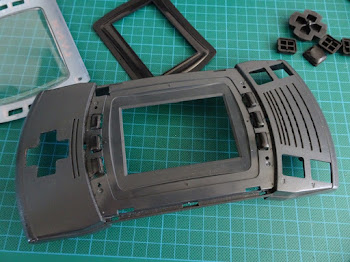 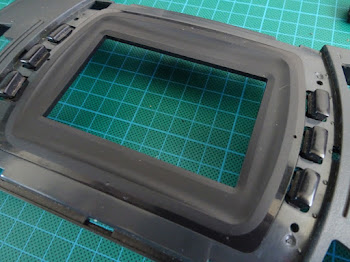 Putting the replacement cover in was very easy. I just had to line up the sides correctly, the main bit was to align the side with the 3 tabs to the part of the Lynx case that had 3 notches in it. I also had to push those tabs on the front in as I was lowering the cover. At first I didn't do that so one of those got stuck and it took quite a bit of coercion to make it pop into place. In the end it looked great though! No glue required, it was all held in by pressure. 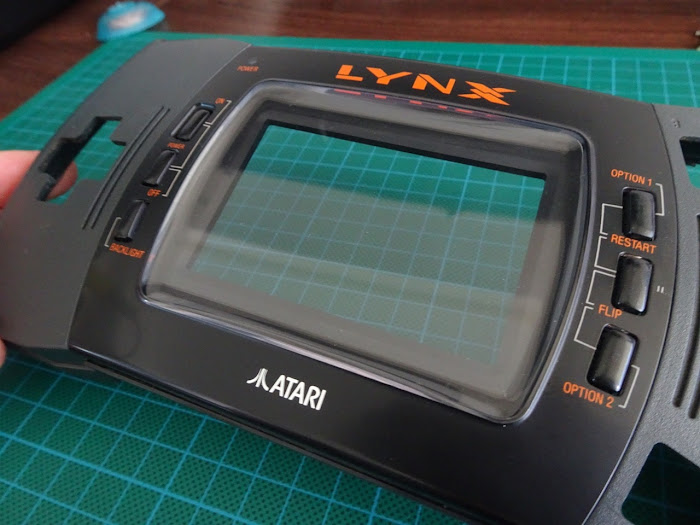 After putting the cover on, I put the buttons back in. These had cutouts on their sides so it was next to impossible to put them in the wrong place. However, the A and B buttons seemed to have a slightly different shape so I had to rearrange them after initial positioning. 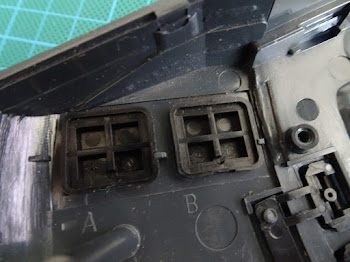 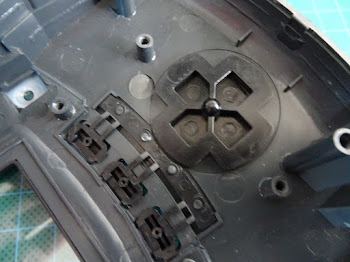 With the buttons in, I put the speaker/button bracket back into place and secured it with its four screws.

I didn't re-attach the original screen since I was replacing it with McWill's LCD kit.

-AG
Tags: Repair, Screen
♥ Did we get something wrong or you have something to contribute? Please tell us about it!
Did you like what you just read? Please take a moment to see how you can support Atari Gamer. With your help we can keep this retro gaming website going and develop new content! Or just check out what else we have for you...
You can find Atari Gamer on...
Be sure to follow for the latest Atari Lynx news, updates, stories and photos!
[ Don't show again ][ Dismiss ]
Loading...
10
Close