We've covered the Atari Lynx Cartridge Pinout but haven't taken a look under the hood (or really under the sticker) of an official Atari Lynx cartridge. This page provides that information.

The donor cartridge was the amazing Shadow of the Beast game, but since we had 3 extra copies of it, we didn't feel like it was going to waste. The sticker had some strong adhesive on it but with a modelling blade was pried off without any damage. Unfortunately once the sticker was off it was rendered more or less useless due to the adhesive being so old and dry. 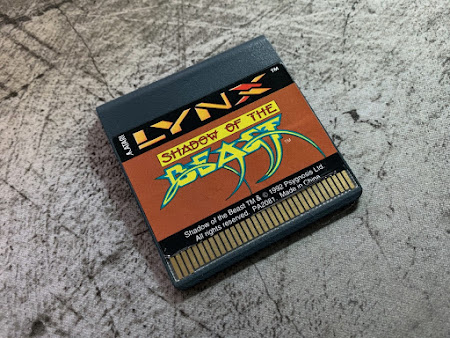 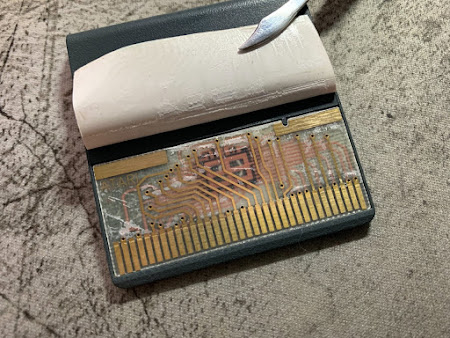 The cartridge PCB was thin (0.4mm) and semi-flexible (probably due to its thickness) without any coloured solder mask. The PCB itself was stuck to the cartridge shell with some heavy duty double sided tape (or it could have been liquid adhesive that formed a film layer, hard to tell). It was much more difficult to separate the PCB from the shell compared to the sticker and the PCB. 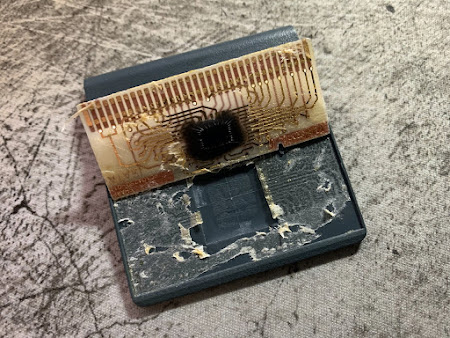 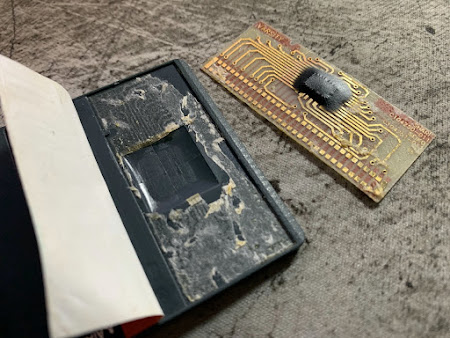 The PCB contained exactly one component, the "black blob". This was the ROM that held the game, it was housed in a black epoxy layer and had connecting (bond) wires running to the traces on the PCB. These traces connected to the cartridge fingers on the opposite side of the PCB, going through vias in the PCB. All of the traces, fingers (and though not visible, bond wires also) are gold (ENIG). Below are some oversaturated (so the traces are clearly visible) hi-resolution scans of the PCB.

The following markings were present on the PCB:

Blob side -
Finger side -

We were able to put the cart back together and it did work in the Lynx, however the sticker would not adhere properly as noted earlier, due to the old age of the adhesive.

Tags: Electronics, Hardware
♥ Did we get something wrong or you have something to contribute? Please tell us about it!
You can find Atari Gamer on...
Be sure to follow for the latest Atari Lynx news, updates, stories and photos!
[ Don't show again ][ Dismiss ]
Loading...
10
Close