The Lynx Cart Programmer Pi-Hat is an add-on board for a Raspberry Pi 2 (and later) that lets you read and write your own Atari Lynx cartridges.

This was an early pre-production model that had a total of 7 boards made. The production board had a number of changes including a black PCB and the LEDs were changed to green (activity) and red (error). See details of the production board here - Lynx Cart Programmer Pi-Hat. 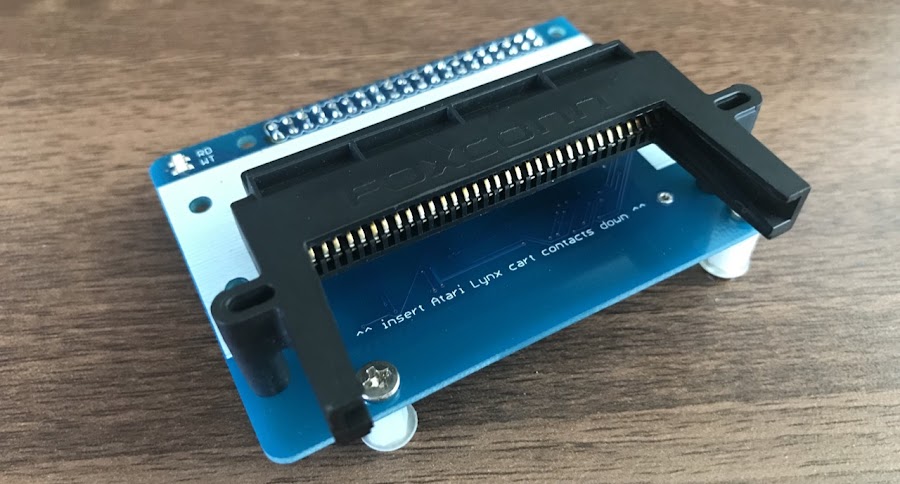 There were earlier prototypes of the board produced too. The very first prototype featured an orange cart connector that made use of pogo pins to make contact with the cartridge.

An even earlier attempt at the board was simply meant to be an adapter for the Lynx Cartridge and Kari Kaksonen's programmer board.

Tags: Hardware, Pi Hat, Programmer
♥ Did we get something wrong or you have something to contribute? Please tell us about it!
You can find Atari Gamer on...
Be sure to follow for the latest Atari Lynx news, updates, stories and photos!
[ Don't show again ][ Dismiss ]
Loading...
10
Close