This is a guide on how to disassemble an Atari Lynx model 2 console. At the end of the guide we include a screw size chart in case you are missing any screws and need replacements.

Step 1 - Wedge a flat screwdriver or a small spatula (preferable one made out of plastic) between the rubber hand-grips and the plastic case. There is a good amount of give in the rubber so you should be able to get something between it and the plastic fairly easily. The glue that is holding the grips down is very sticky but as soon as you can lift a few millimetres, the rest should come out without any issues. 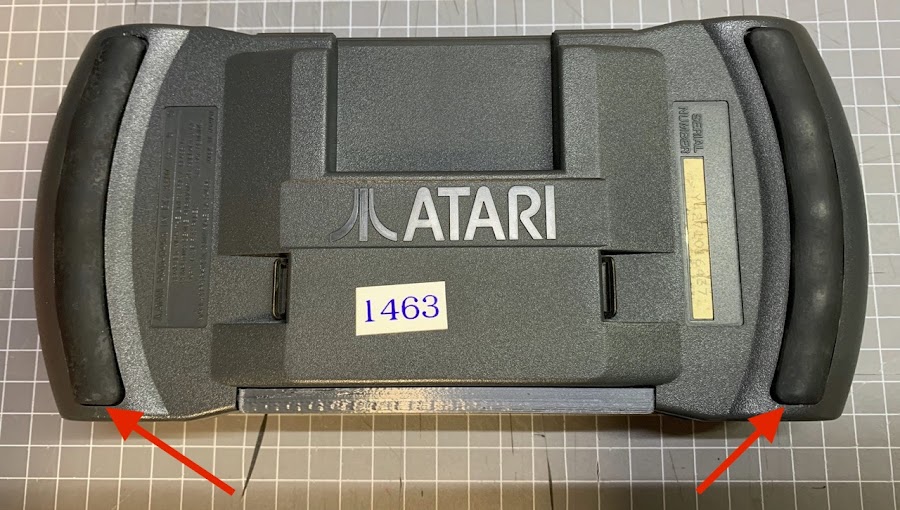 Step 2 - Take out the battery cover (we have a 3D printed replacement on our model Lynx) and then using a Phillips screwdriver, remove the four screws that were hidden under the rubber grips. 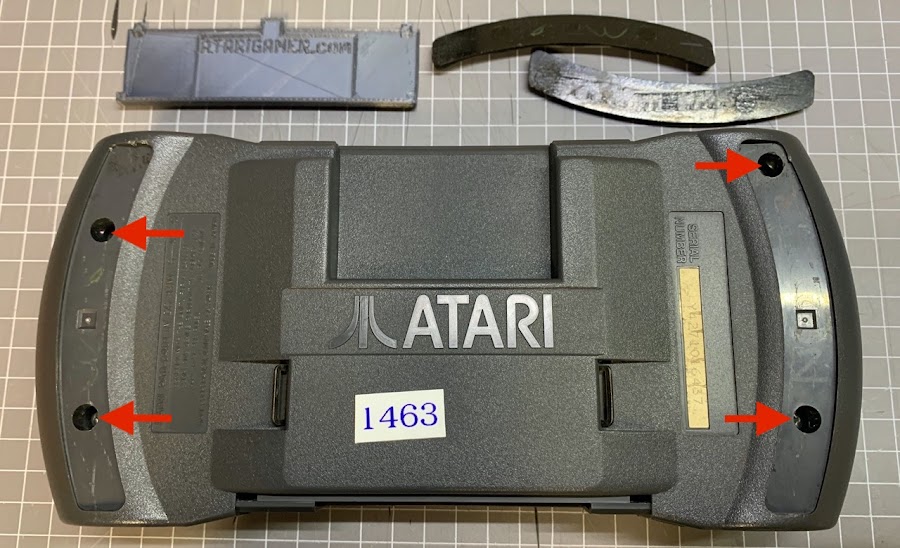 Step 3 - There are some plastic 'clips' on the two parts of the Lynx 2 case that hold the case together even without the need for screws. These are not usually very tightly bound. To separate the two halves of the case, it is easiest to start by uncoupling the clips around the battery compartment and moving around to the sides next. With a little bit of twisting, the two halves should come apart without the need to wedge a screwdriver between them. 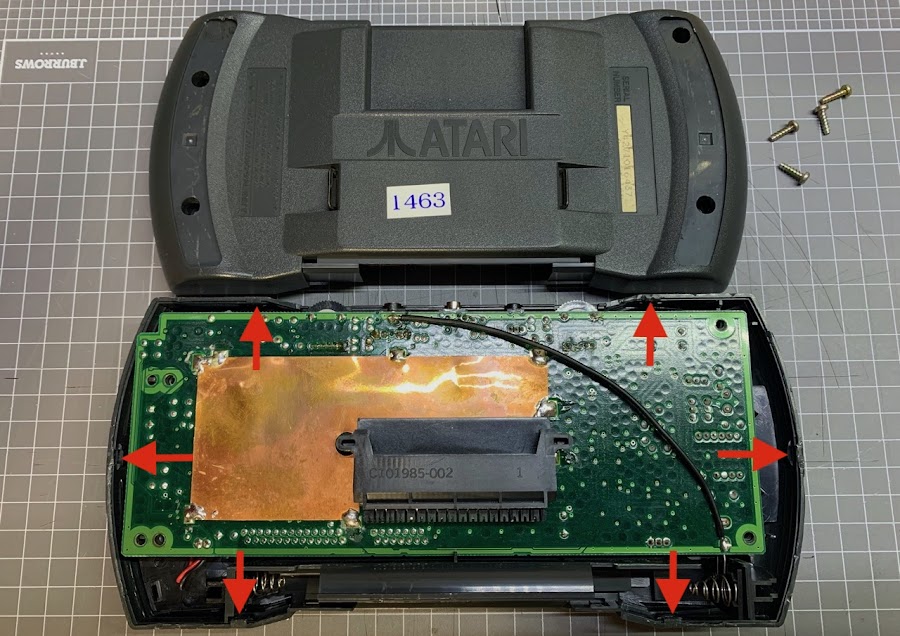 Step 4 - Remove the single screw that is holding the battery compartment in place. The compartment plastic can then be lifted out, you will need to lift the motherboard up slightly to give enough room for the spring side of the battery terminal to clear enough space. 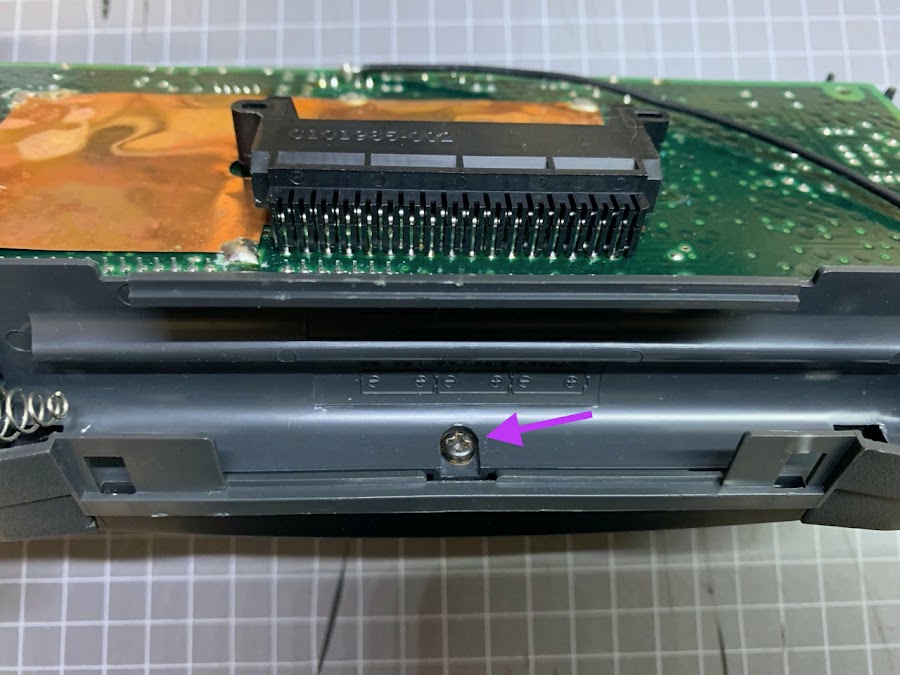 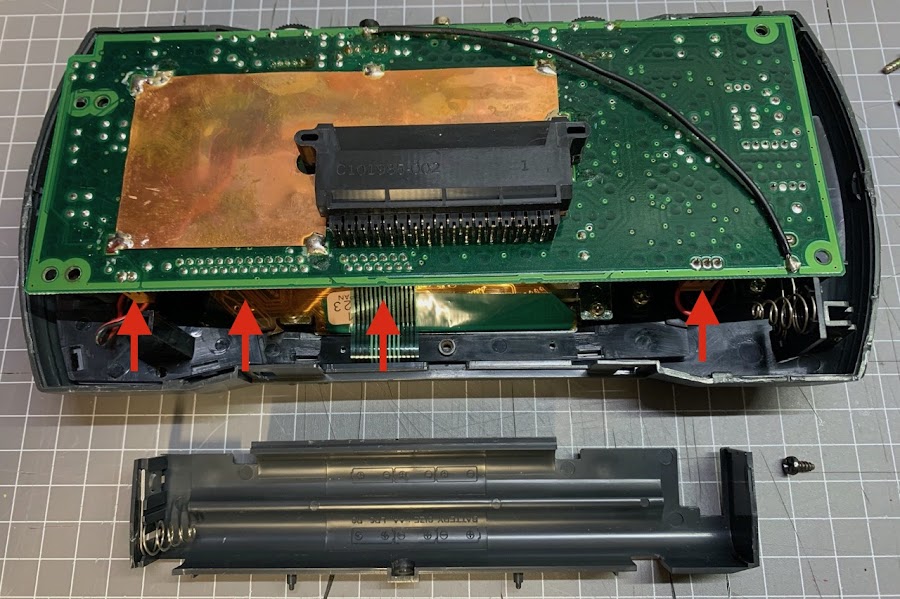 Step 6 - The screen and controller assembly are held in place by four and six screws, respectively. These are of different size. Unscrew these.

Step 7 - Lift out the screen, followed by the control assembly. The buttons and the controls membrane will lift out together with the assembly.

There are a total of 15 screws inside an Atari Lynx -

This page is part of the Atari Lynx Repair and Troubleshooting Guides series.

Tags: Disassembly, Hardware, Size Chart
♥ Did we get something wrong or you have something to contribute? Please tell us about it!
You can find Atari Gamer on...
Be sure to follow for the latest Atari Lynx news, updates, stories and photos!
[ Don't show again ][ Dismiss ]
Loading...
10
Close