Some sad news from the Atari retro gaming scene - unfortunately due to COVID restrictions in Poland, Silly Venture 2k20 had to be postponed to 3-6 June (Thursday-Sunday) 2021. SV organisers hope that delaying the event will mean it can still happen in person. Our condolences also go out to the family and friends of Ultrasyd, the artist who had performed at many SV events in the past. However, to celebrate his life, SV organisers are going to be sending everyone who ordered a SV T-shirt a free Ultrasyd T-shirt. If you haven't ordered your T-shirt, now is a good time to show your support. 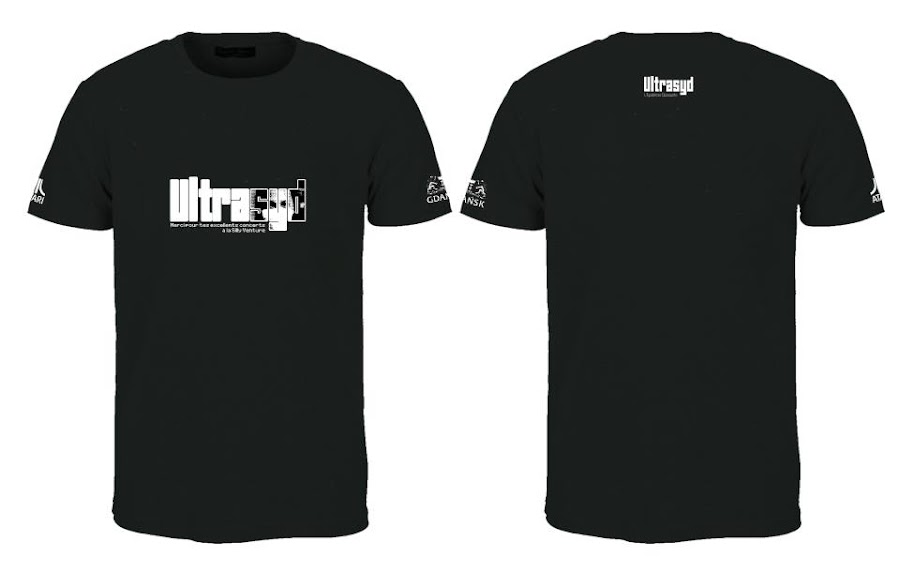 Here's the official statement from the SV organisers...

My Dears, we delayed this information until the last moment because we really believed that despite the prevailing pandemic, we would be able to organize the event on the planned date, not on such a scale and not with the same attendance as before (for obvious reasons), but still, logistically we were 100% prepared for it. We planned the SV partly physically and online but unfortunately the latest restrictions in which all of Poland is in red zone and there is an official ban on organizing events, forces us to change our plans. After some discussion, we decided that changing the form of the event to online only is pointless. This is not the right mood for SV, therefore following in the footsteps of our colleagues from the Commodore scene, the SV2020 date is postponed by several months forward, specifically on June 3 - 6 (Thursday-Sunday) 2021. This is one of the most realistic dates that shouldn't suffer unpleasant surprises. Even if there are any limitations related to Covid, we firmly believe that they will be smaller than in the period autumn-winter and (at worst) we will manage to organize the event at least partly physically and partly online.

The organizers of the X Party in the Netherlands stayed on the date 2020 because, just like us, they wanted to celebrate their anniversary in a special way, in their case the 25th anniversary, "October 2020 +1: Our 25 +1 years anniversary". We invite you to the 20th anniversary of "Silly Venture 2020 + 1: 20th Anniversary" as well "35th + 1 Atari ST Anniversary". Additionally, due to the very sad news related to the death of a wonderful man and musician from the stage Atari, Ultrasyd, concerts are planned with his work. We will inform you soon about who will perform.

And the last thing, regarding SV2020 T-shirts, these remain valid. The printing house has not given them to us yet, but right after we receive them, they will be sent to you. People who ordered a T-shirt or T-shirts received an e-mail asking for a payment some time ago, please make the transfer as soon as possible.

Due to the great loss that was the departure of Ultrasyd from our community, I decided that each person who ordered the SV2020 T-shirt will receive an additional T-shirt FREE OF CHARGE. On the front there is the "Ultrasyd" logo, where in the place of SYD (abbreviation of the name of Sydney) there is part of his profile photo. Additionally a note "Merci pour tes excellents concerts a la Silly Venture", an Atari logo on one sleeve, "Gdańsk" on the other and on the back, an "Ultrasyd" logo and the note "L'Epidémie Dansante". T-shirt project: mOOnie & Grey.

All shirts are in black only and they will be handed over to the party in June or sent by post.

Finally, anticipating your questions... does this mean that SV is changing the date permanently? We do not have such plans, it's just the present one where we were forced by the situation. If a miracle happened and the epidemic began to let go... the second SV in 2021, would take place in the winter period of December 2-5 (Thursday-Sunday) 2021.

Thank you for your attention. Stay safe. STay Atari. 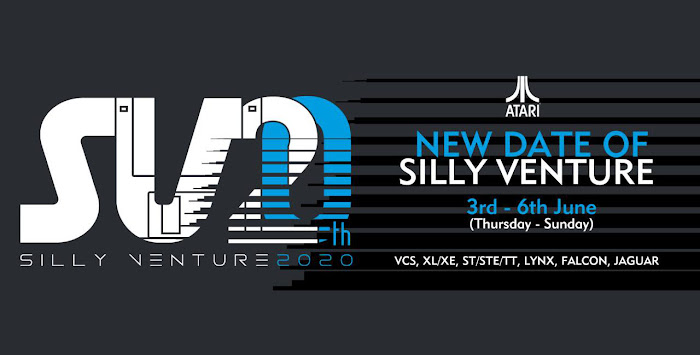