Some great updates from Songbird Productions...

Microvaders has been put on hold temporarily to help us keep up with the online store, since sales have been good for Iron Soldier 3, Unnamed, Alpine Games, and more. However, just to show you some work has happened since the original teaser video, let's talk about one of the changes made to the game: new level design for the waves of enemies. 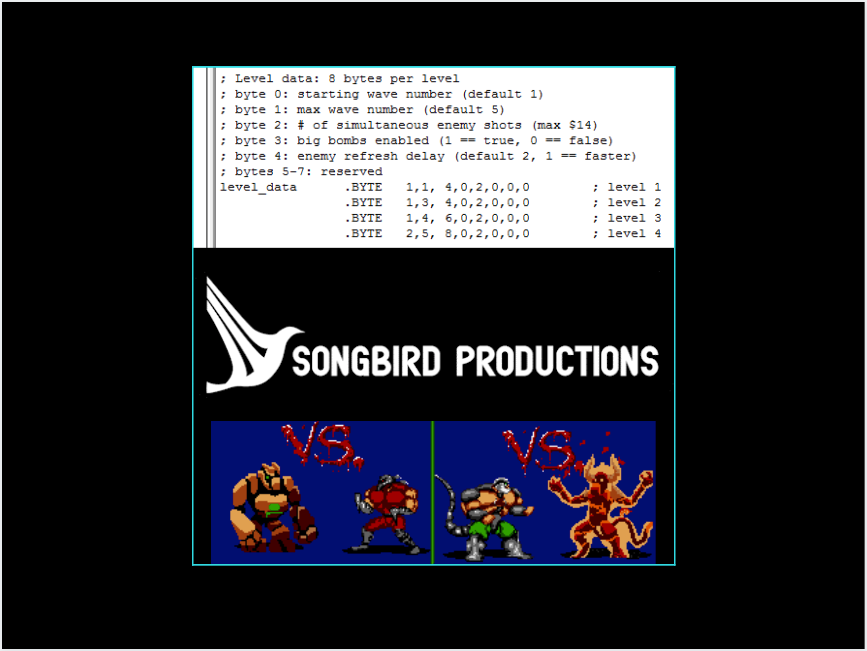 Ignore the BYTE definitions, and stick to the comments at the top. We're redesigning Microvaders so it can support different waves of enemies instead of just the same sequence over and over. That means you could have fewer enemies at the start of the game and more showing up later. It also means we can control how many enemy shots appear on screen, how quickly they fire, and what kinds of shots they have. Even better, we plan to introduce new enemies and obstacles using this level template!

Oh, and what about Ultra Vore, the 2D fighting game which is only 20 years late (!) from Songbird? Glad you asked! How about some new fighters for the game? They aren't integrated into the code yet, but we recently commissioned full animation for each of them!