It's always great seeing developers make demo versions of their commercially released games. Fadest has released a demo of A Bug's Lynx so you can try it out before buying the full version in physical form. You can play the ROM on line here too.

A Bug's Trip REDUX is an extended version of A Bug's Lynx, edited by Songbird in the Redux collection: A Bug’s Trip Redux – Songbird Productions

It features the same levels, with improved gameplay, new songs. If you already know A Bug's Lynx and want to give a try to new gameplay before buying at Songbird, this demo release is for you. It features levels n° 2, 12, 22, 32 & 42 from the game, and let you test the new control scheme.

In A Bug’s Trip Redux, you play a young butterfly during its first year of life, exploring 40 gardens through the 4 seasons.

Many traps await you, including other bugs lurking in the garden trying to catch you.

Be wise and use all the gardens features and traps to your benefit. In order to go to the next garden, you must collect all the scattered pills. Collect flowers to earn more points, and enjoy life – a butterfly’s life is so short…

The game cartridge saves your progress. Selection of the starting season is available once you have unlocked the corresponding season while playing. 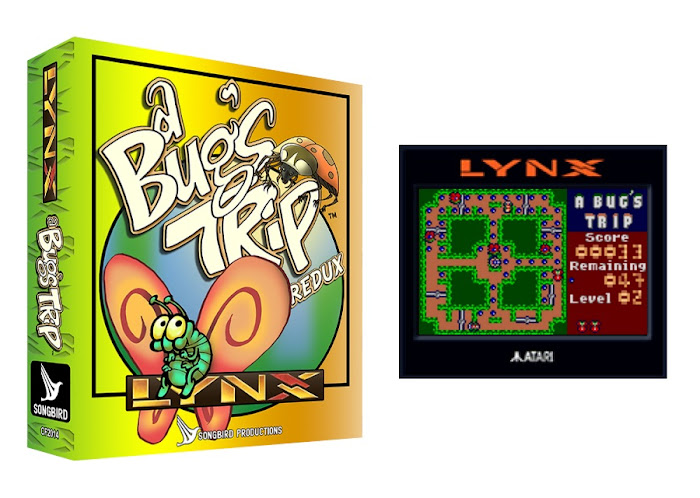