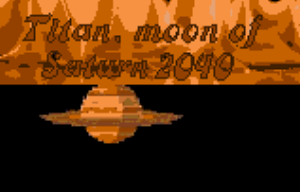 NASA discovered a mind-boggling Space-Time quantum crystal that can have many shapes at the same time. As the crystal does not need any energy to change states it is the ultimate building block for a quantum super-computresident/aaresident.cer!

The only problem was that the weight of this artificial intelligence brain is critical. A mouse brain is not clever enough. A physicists brain weighs too much. But a gamer, like you, has a brain just small enough for the drone.

After a little persuation thay scanned your brain and built an exact replica. And launched the spacecraft towards Titan. The trip there takes many years.

Now in year 2040, your space craft is finally approaching Titan.

It is time to show the world that your brain can handle a simple task of picking up a few rocks and take them back home. 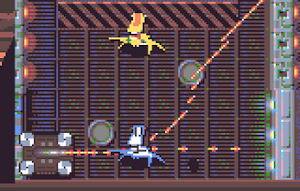 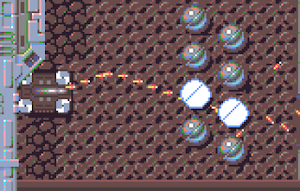