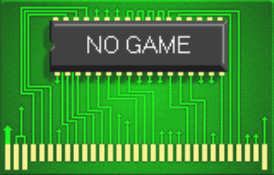 No Game by Lamer Deluxe

The third 'No Game' demo uses a lot of transparency effects for the parallax background, sparks (inspired by QiX), rainbow text and 'no game' text anti-aliasing. The white flash effect fades both the palette colors and the gradients. It displays lots of colors at once and also doesn't look right on emulators.

All three demos were written in assembly, using Bastian42's SDK, in 2002, for a Lynx multi-cartridge developed by Ray Ryland, which unfortunately never saw the light of day. They were to be used in empty slots of the cartridge, instead of a boring message. At the time I was also exploring tricks to make the Lynx display lots of colors at once, together with Sage. 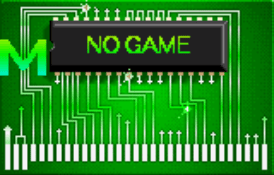 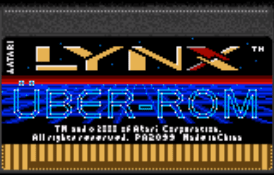