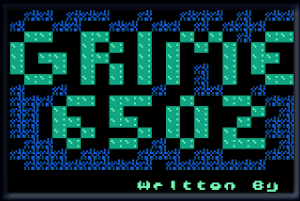 A deadly, all-consuming mold has emerged from the polluted swamp, spawned from toxic chemical waste, and engulfing everything in its path with venomous grime. Go forth in your herbicide-spewing Herbmobile, and destroy the mold colonies which are threatening the town of Spudville.

The game is similar in style to Centipede and its variants, but distinct in some gameplay mechanics. Your vehicle can move throughout the entire playing field, shoot in four directions, and toggle an auto-fire mode. Battle the expanding patches of grime, the mutated wildlife, and the spores that continuously deposit new colonies of mold.

Note: This is an Atari Lynx port of the Z80 version of Grime. 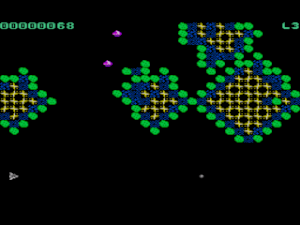 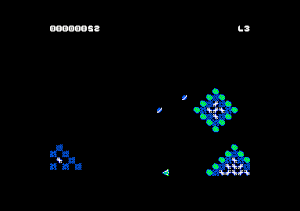 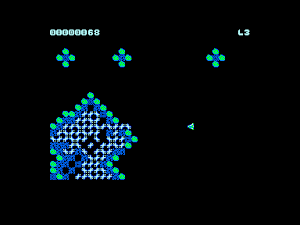 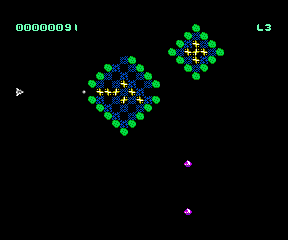 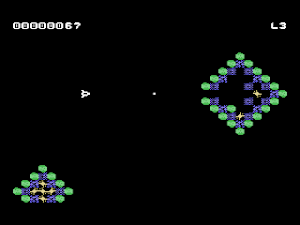