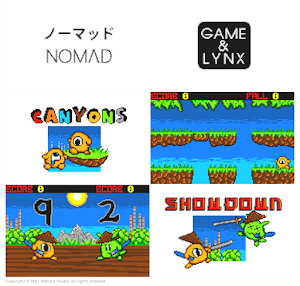 A collection of mini-games for Atari Lynx. Paying homage to classic LCD games of the 80s!

Showdown: attack or block based on the numbers indicators! When your number is higher, you should attack, when your number is lower, you should block! If the numbers are the same, attack as fast as you can!In Game A you will be competing against the CPU and have a limit of three fails. In Game B you will compete against another player and play for whoever gets to 50 points the quickest.
Player 1: Left - block, Right - attack
Player 2: A - block, B - attack

Jelly Jump: Move the critter with the egg to the other side of the water. Use Left-Right to move the critter around. Make sure there is someone to pick up the egg on the other side, otherwise you can get stuck waiting. Avoid falling into the water when the jelly fish make a dive for a fish snack!Three falls is game over. 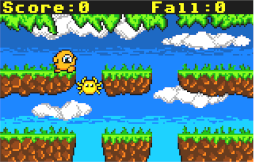 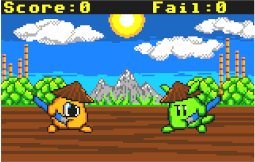 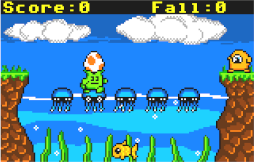