Always winter, never Christmas is an interactive novel for Atari Lynx. You are boldly going where no man has gone before. Space, the Final Frontier. To follow the footsteps of Vasco da Gama, Indiana Jones.

In addition to the novel the cart also contains a game called Reiko's Robot Run. It is a fast paced glider run to collect robots while avoiding storm sweepers.

The game started as a small Google Blockly excercise. Harold published a Visual Novel extension to the Google Blockly programming environment. It was so cool and nice to use so after playing with it for a while a small Sci-fi story popped up.

Graphics
Rate me!
Sound Effects
Rate me!
Music
Rate me!
Controls
Rate me!
Replay Value
Rate me!
⭐ Rate this ROM⤵️ ROM Download not available - Why? 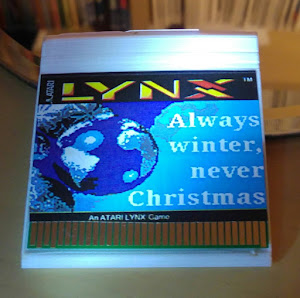 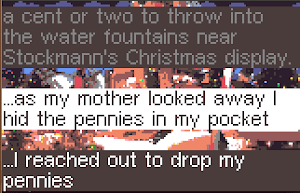 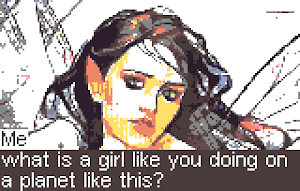 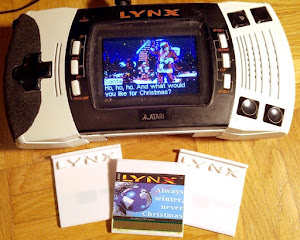