There were a number of games for the Atari Lynx that were initially released in the 'Big Box' format, which was considerably larger than the typical boxes that became the de-facto standard for Lynx games. These are more rare and hence there isn't anyone out there that I've been able to find who stocks plastic protectors for these. Until now.

Sort of anyway! A seller on eBay called collectnprotect (very appropriately!) had a bunch of Atari 2600 and 7800 0.4mm thick plastic game box protectors. These looked like they were about the right size so I decided to take a gamble.

The results speak for themselves... 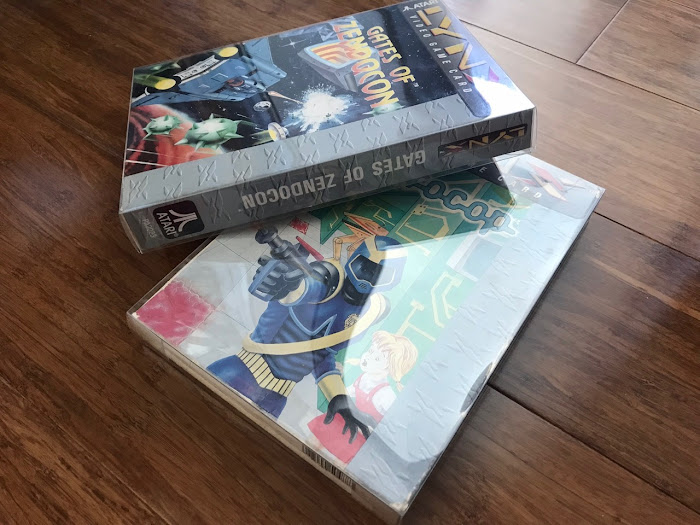 The protectors came flat packed. I bought 4 of them together and they arrived in a standard yellow envelope. They were surprisingly heavy, 39g each. The cost was quite reasonable, $8 for 2. This was more expensive than the thin standard box protectors but since there weren't that many Big Box releases for the Lynx I didn't mind.

Alright so lets see how they folded up! Here was Gates of Zendocon and the flat protector... 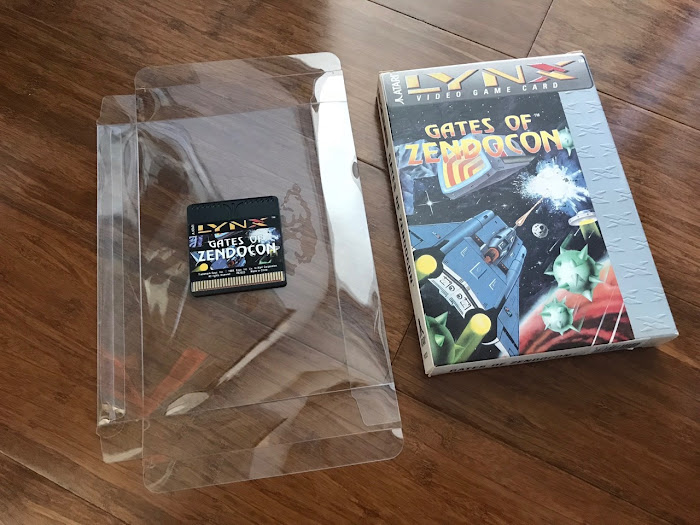 Folding was easy since each of the sides had a groove in it already. It was just a matter of bending each part of the protector into the correct box shape. These protectors were a snug fit with the smallest wiggle room left (it is possible to fit a shrink wrapped game though!) What I really liked about these protectors was that there were no locking tabs on the lids, it makes for an easier time opening it later. 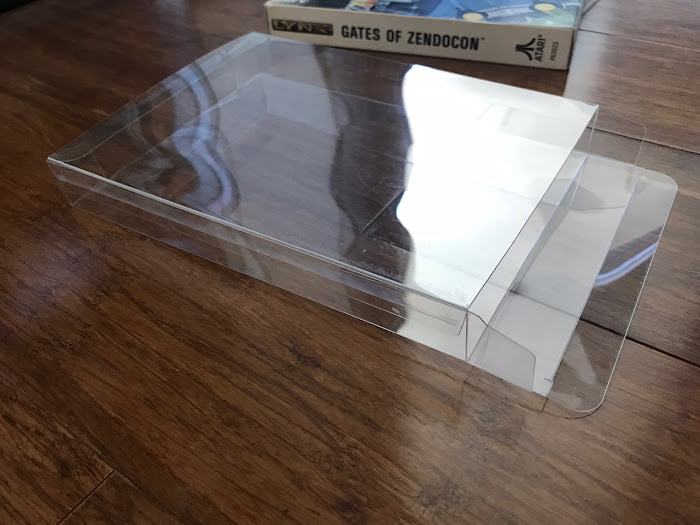 Once the game was in the protector it looked instantly more appealing! A great bonus of protectors like these is they force the game box into the correct shape so if you have a misshapen or creased/bent box, a protector like this will make it look like it's more of its original shape! 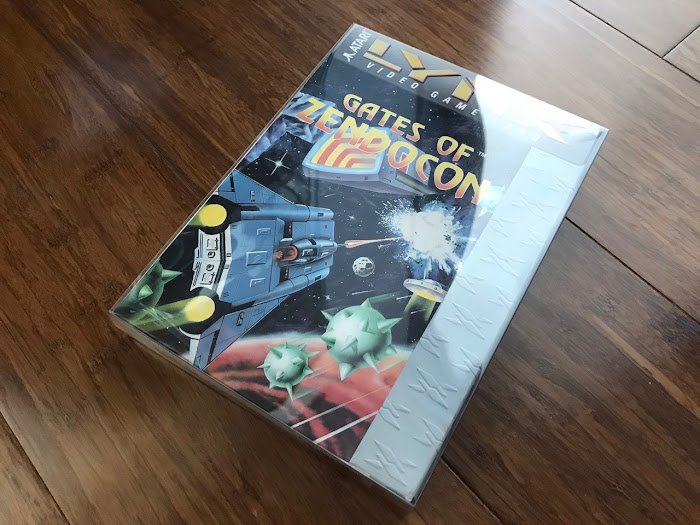 I did all four of my Big Box releases and put them all back on display! 😄 Next to these shiny boxes my Lynx console boxes look very shabby (but not for much longer, I have some protectors for those coming too). 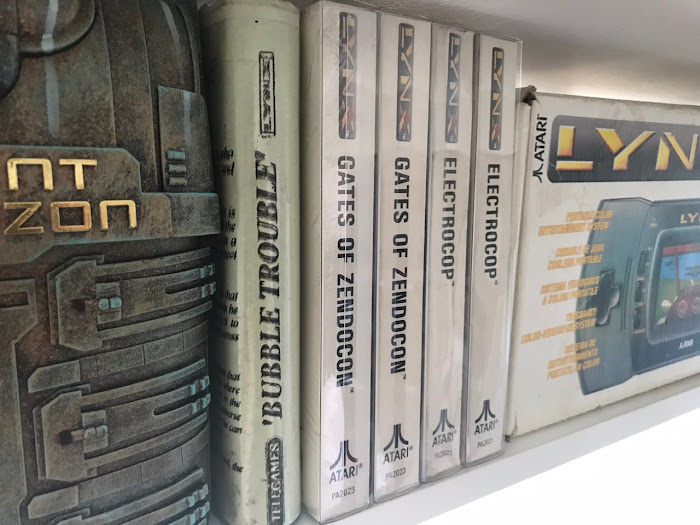 -AG
Tags: Big Box, Collectibles, Protectors, Releases
♥ Did we get something wrong or you have something to contribute? Please tell us about it!
You can find Atari Gamer on...
Be sure to follow for the latest Atari Lynx news, updates, stories and photos!
[ Don't show again ][ Dismiss ]
Loading...
10
Close