Viruses, worms, Trojan horses and other software nuisances can deal a devastating blow to your computer, but they haven't been known to manifest themselves in retro gaming consoles. Unfortunately that all changed recently with the discovery of the first virus infecting Atari Lynx consoles. And it's spreading fast. 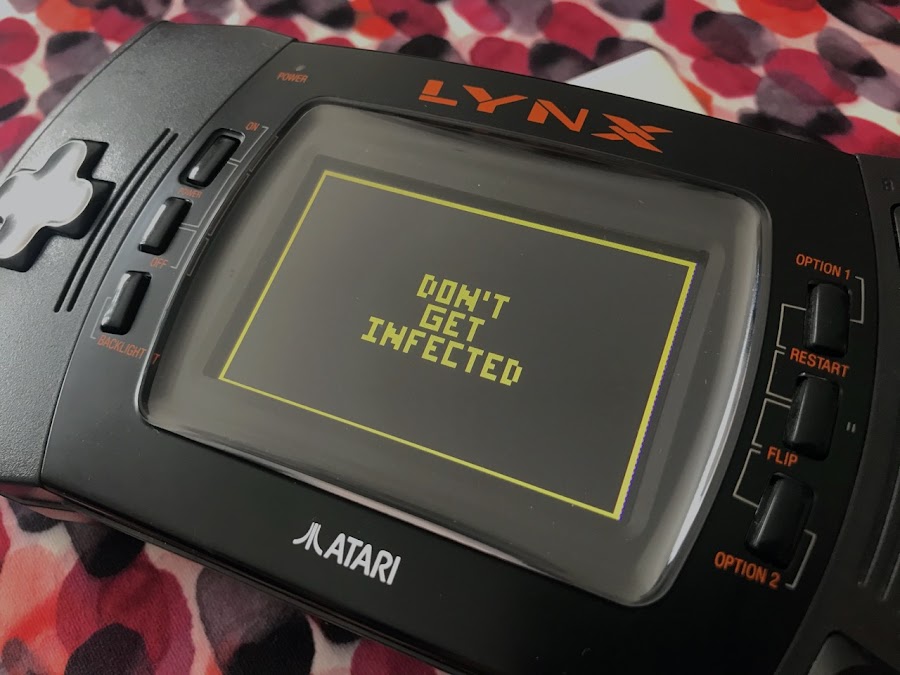 Just like any platform that starts to gain attention, the Lynx has become a target for hackers and malicious code. There's been a huge increase of homebrew games with a healthy number of professional releases over the past few years. The 512k Flash with 128b EEPROM Rewritable Cartridge was what made much of this possible. It's relatively cheap, and both the PCB design and the 3D printable shell are freely available. The cartridge programmer board is also readily available.

The original cartridges for Atari Lynx didn't make use of the EEPROM features (though the console has always supported it). The flash cartridge on the other hand, has EEPROM, which is typically used for saving game states, but this newly discovered virus makes use of it to infect the cartridge and to spread from Lynx to Lynx.

This is very reminiscent of the days when you would share floppy disks (or now USB sticks). If you used an infected one in your computer, it would get infected too. The same principle is at work here on the Lynx. If you are unfortunate enough to try a homebrew cartridge from a friend that has this virus, it will infect your Lynx. You won't know that the Lynx is infected right away however, it takes time for the symptoms to manifest, but when they do, there's no going back and your Lynx is bricked. Even though you won't be able to use your Lynx to play any more games, it still "works", constantly displaying some obscure messages and playing random sounds. Both the graphics and audio appear to be glitched.

Here's a video of an infected Lynx in action...

Stay safe out there and make sure you know where a cartridge has been before you plug it in!

-AG
Tags: April Fools, Virus
♥ Did we get something wrong or you have something to contribute? Please tell us about it!
Did you like what you just read? Please take a moment to see how you can support Atari Gamer. With your help we can keep this retro gaming website going and develop new content! Or just check out what else we have for you...
You can find Atari Gamer on...
Be sure to follow for the latest Atari Lynx news, updates, stories and photos!
[ Don't show again ][ Dismiss ]
Loading...
10
Close