We all know it - those games which seem so good at first, until you realise they are let down by one or two fatal flaws. These flaws are often not game-ending, but they do stop a Lynx title from reaching the higher eschalon of classic gaming.

Without further ado, let me take you through what I feel are the top five Atari Lynx gaming letdowns... games that could have been brilliant, but just missed the mark! 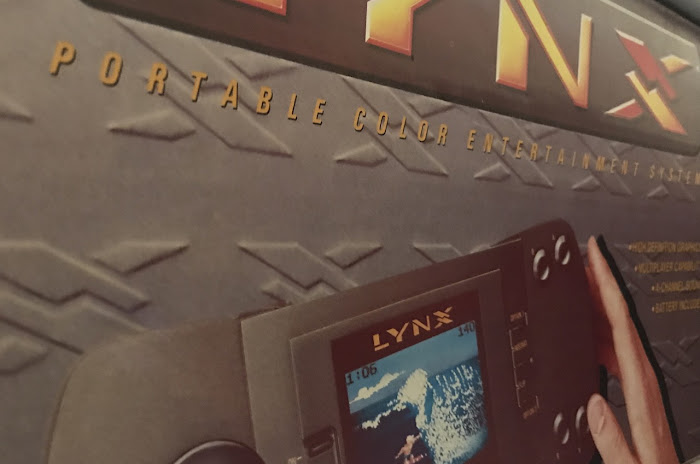 Falling blocks. 3D gameplay. Loads of customisation. This ‘Tetris’-like puzzler seemed to have it all; so what’s not to like?

‘Blockout’ could have been awesome, but two big issues let it down; no music / audio atmospherics, and biggest of all, confusing visuals that cause WAY too many player mistakes. It’s very, very easy to execute moves you never intended to, because the perspective tricks your eyes. If this had been fixed, and with some added ambient tracks playing in the background, this game could have been rated in the 8’s, maybe even the 9’s. Sadly, it wasn’t to be!

Try an alternative instead - KLAX - 3D ‘Tetris’-like action on the Lynx. Brilliant sound. Fast too! 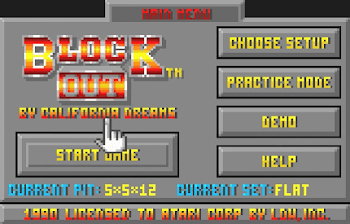 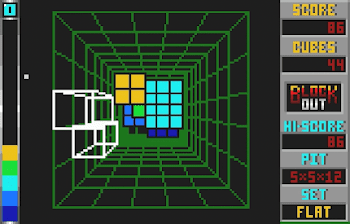 A visually sizzling platform action title with stellar animation, incredible digitised sound and a cool ‘fetch the bomb components’ storyline. It’s easily in the top five of the best looking platformers on the Lynx. So where did ‘Power Factor’ go wrong?

Despite the obvious lack of music, the game threw the SAME visuals at you, time and time again. It’s all metallic corridors, flame cannons and flashing lights, the whole way through. ‘Xenophobe’ avoided these issues with great music and ever-changing backdrops; no such luck here. Pity! With the lack of password system, it’s hard to get motivated to blaze your way through all the difficult, same looking levels to the final boss. Besides these issues, it’s not a bad game. But it COULD have been great! 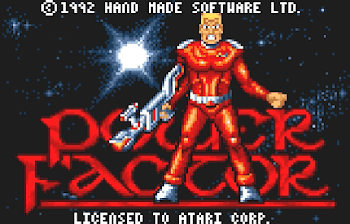 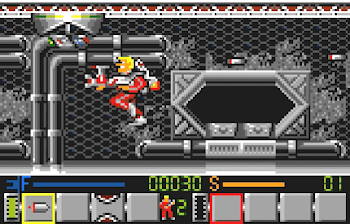 I reviewed ‘Switchblade II’ as an 8 out of 10. How could that make it less than great? Well there’s one simple answer; it’s too easy!

Platformers are probably the kind of game I am best at, but I don’t think ‘Switchblade II’ will necessarily challenge Lynx players for too long. Even without passwords, I completed this game in an afternoon or two. It only achieves a good score because kids will be able to get into it easily, and also because it’s so well done, so visually nice, and so packed with secrets. There’s a lot to like, but it’s over far too soon. Without adjustable difficulty, this game will always be to me a ‘couldabeen brilliant’!

Try an alternative instead - Scrapyard Dog - Has the same multi-level platforming action with shops, secrets and power-ups galore. And it’s hard as nails! 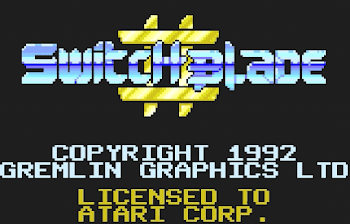 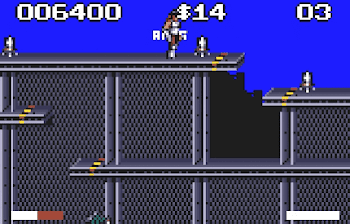 ‘Hard Drivin’ is a game where, visually, I kinda dug the polygonal appearance. But aside from the “no music” issue that affects this game (and four of these ‘couldabeen brilliant’ games), the main issue here is the controls.

Namely, the problems are these; car ain’t too fast. Car steers wildly. If you leave the road, the car inexplicably crashes after a set time limit. Stunts are really hard to pull off, especially for beginners. Oh, and there’s one track! No other tracks!

With a bit more speed, customisation, more tracks, better steering, and an “open world” approach to stunts... this game couldabeen brilliant. Still, what the game DOES demonstrate is how versatile the Lynx is in presenting different kinds of games.

Try an alternative instead - S.T.U.N. Runner - You can still do upside down loops here but you combine it with blazing speed. Plus there are ramps, and you don’t die with one hit. Race away! 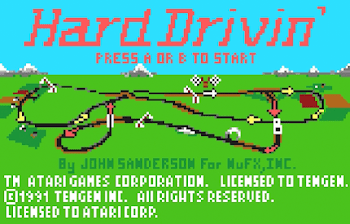 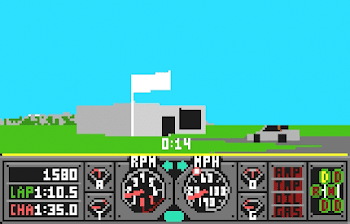 This game, to me, has to take number one spot. It looks excellent. It sounds great. The customisation is terrific. But what happened to the CONTROLS?

If you can win even a few tracks of this game, you are an elite player! The controls are WAY too complex, the animation is choppy, you “stick” to the walls after barrier collisions, and the opposing vehicle AI is brutal. ‘Super Off Road’ is such a classic title, but it feels like it just lacks so much in the control area… arrgh!

With better animation, controls, and most of all... better collision detection... ‘Super Off Road’ couldabeen brilliant. As it stands, it is possible to play... just. But you’ll need huge amounts of patience and practice. It nearly had the goods.. it really did!

Try an alternative instead - Checkered Flag - If it’s car racing you love, the premier Grand Prix experience on the Lynx is ‘Checkered Flag’. You get lots of customisation here, lots of tracks, and the opponents have a manageable AI without being pushovers. Go for it! 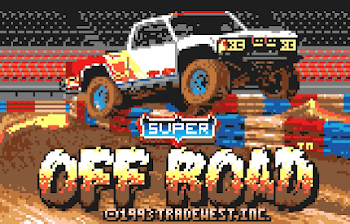 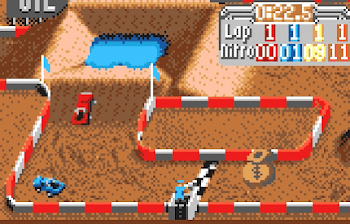 There you have it... the top five “couldabeens”. Don't despair though, try the alternative games and Happy Lynxing!

Tags: Best Games, Game Review, Top Games
♥ Did we get something wrong or you have something to contribute? Please tell us about it!
You can find Atari Gamer on...
Be sure to follow for the latest Atari Lynx news, updates, stories and photos!
[ Don't show again ][ Dismiss ]
Loading...
10
Close