Bosses. Those foes who are usually inexplicably bigger and more fearsome than the other enemies. I guess that’s why they rose up the ranks to be bosses!

In this article we look at the top five level guardians on the Lynx. Get ready when you see THESE fearsome folks! 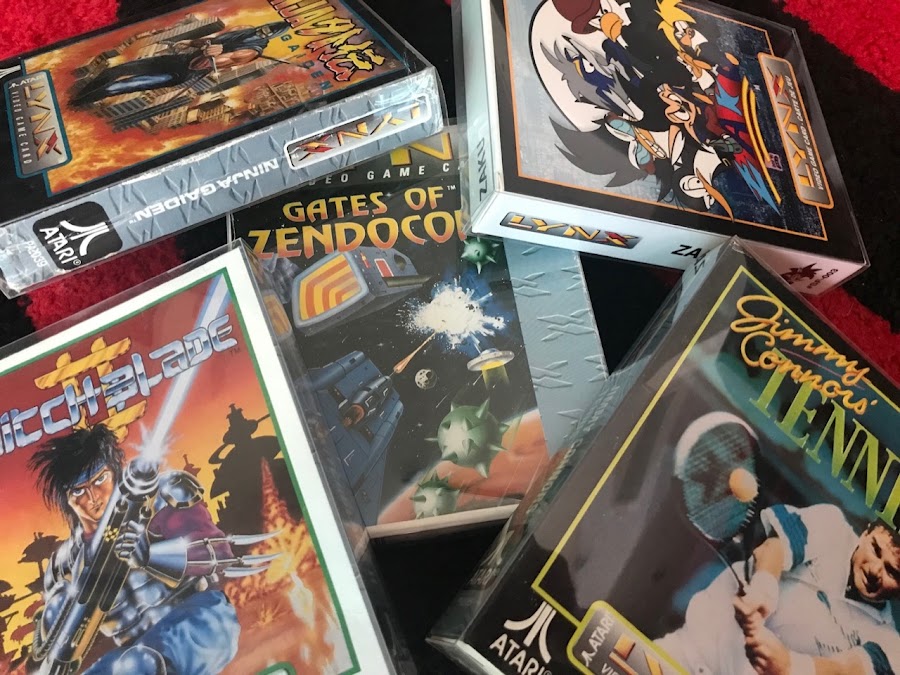 Just when you think the first level couldn’t give you any further surprises, the music mysteriously changes and you reach an abandoned bar on the rooftops. Then the glass doors smash off their hinges, shrapnel flying, and the great sumo emerges!

If it weren’t for all his minions, the sumo wouldn’t be too difficult a boss to beat. But the combination of him and his masked grunts does make an impressive showdown!

It’s enough that the spidery mastermind laughs in your face at the beginning of the game, before laying loads of eggs. Then you have to face it head on!

It’s a pretty gruesome sight, facing this monster; it’s a mess of eyeballs, brain, legs and sinews. Oh, and there’s only one way to beat it. No, I’m not going to spoil it for you! 🙂

Thankfully we are faced at the end of this game with Jimmy himself, and not some huge slobbering monster like most of the other bosses.

Jimmy is tough to play, but he is probably the nicest boss you’ll ever face on the Lynx. As you beat him in the world tennis championships, he will yell out compliments and encouragement. Then he will tell you how good you are when you’ve won!

If you thought Roger Federer was politeness personified (with an ‘elite level’ court manner) then rest assured he has nothing on Jimmy Connors in this game. You’ll feel bad for beating him!

Thought the final boss of ‘Xenophobe’ was ugly? Considered all the monsters of ‘Slime World’ to be less than palatable? Well, let me introduce you to Mr ‘Havok’.

Havok AKA ‘Uggles’ AKA ‘What is that thing?!’ is the final boss of Switchblade II. And one hot tip: when you do shout 'What is that thing?!' at Havok (and you will) be sure to put emphasis on a different word in that sentence each time you say it. Because, honestly, 'What IS that thing?!!!!!!!!'

Okay. My theory on this. In the world of cybernetic enhancements, I reckon Havok may have “jumped the gun” in volunteering for this kind of treatment. Maybe it was a 'first trial' or a pilot program with no cost; but really, the grotesque results of this operation speak for themselves.

Then again, he may have actually requested his current look: eg. “Hi, I'm Havok. One gigantic red face please, and lots of machinery around it. Oh, and I want to pull faces and fly like an insect.” In that case, I would suggest he got exactly what he wanted, so well done Havok!

Have you got a favourite Lynx boss? One thing's for sure - there's no shortage of them.

If you're a 'Scrapyard Dog' player, you may well want to check out the crazy critters in store for you there. I will say this… 'Tank Dog' is definitely one of the cooler bosses out there, even if he IS invading your scrapyard. Oh, and that yeti. Come to think of it, the final boss is pretty cool too, if a little unexpected. He certainly doesn't look much like the guy on the front of the box stealing the dog!

Anyway, keep reaching those bosses and rock on, Lynx fans!