Like most retro consoles, Atari Lynx has a fair share of cartridges that let you play multiple ROMs, flash your own ROMs to them and also cartridges that are primarily targeted at game developers. Today we're going to have a look at a selection of these and at the end put together a wish list for the best flashable cartridge that a Lynx should have. 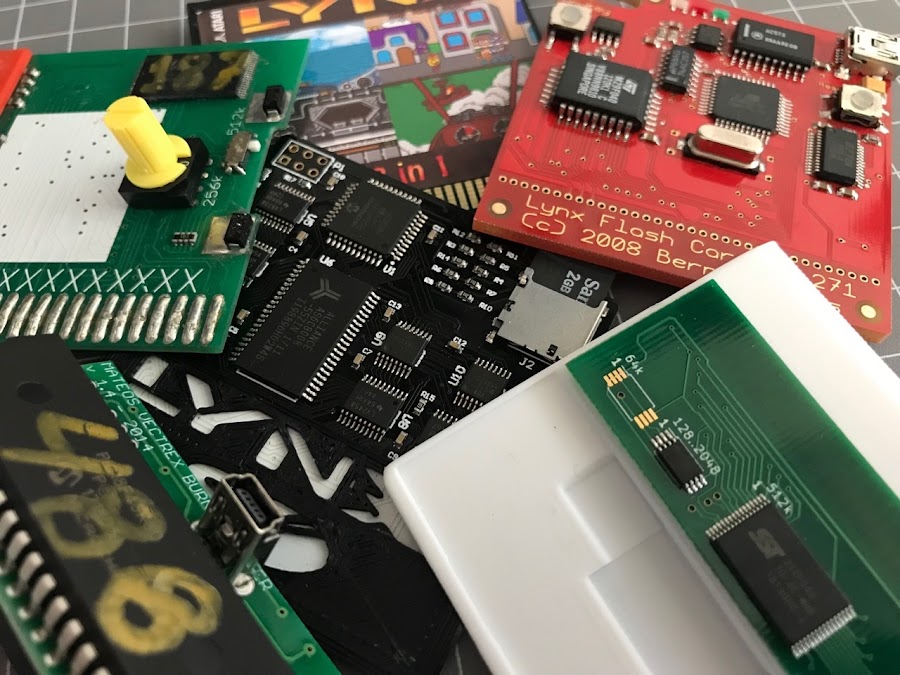 Lets start with the Mateos Atari Lynx Rewriteable Multigame Cart. This cartridge lets you store up to 16x 256k ROMs or 8x 512k ROMs. Each ROM is selectable using a rotary dial on the back of the cartridge. To play a specific ROM you need to remember which slot you stored it in - you select the slot on the rotary dial while the Lynx is off, then when the Lynx is turned on that ROM will be loaded.

Storing a ROM requires to turn the rotary switch to whatever number slot you want to use to store the ROM. After doing that you need to insert the cartridge into an additional 'burner' board, then connect that via USB to a computer and copy your ROM to it by dragging a file over - it will look like an external drive.

This cartridge really works and loads ROMs instantly. There is no menu, just the rotary switch. It's not ideal but it's fast. There is no EEPROM so games that make use of save features will not work. 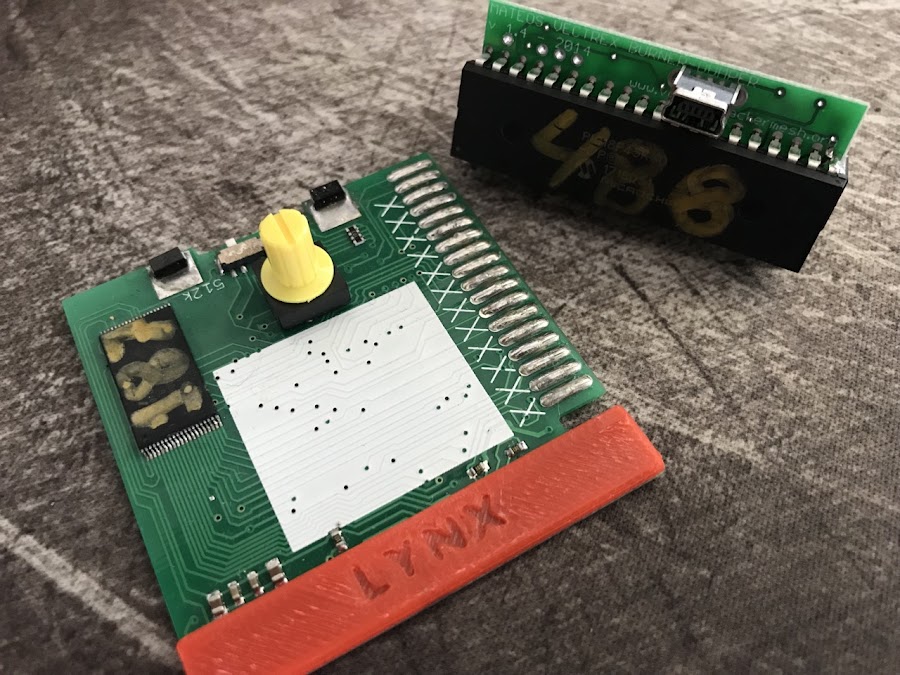 The Lynx SD cartridge is probably the most popular solution for playing ROMs on Atari Lynx. It uses a SD cart to store all data and there is a menu loader system that lets you pick ROMs to play. Since data is stored on a SD card you just drag files over to it, then stick the SD card into the Lynx SD cartridge and you're done. You're only limited by the size of the SD card - the entire Atari Lynx ROM library can fit thousands of times over on even a 1Gb card.

The main disadvantage of the Lynx SD is that it loses data after the Lynx is powered down. This also means that each time you want to play a ROM, it needs to be loaded into memory first, a process that takes time (20+ seconds - a lifetime for the impatient!) There is no EEPROM so games that use cartridge save features will not work, but it is possible to save data to the SD card - as long as the game supports it and many recent homebrew games do. 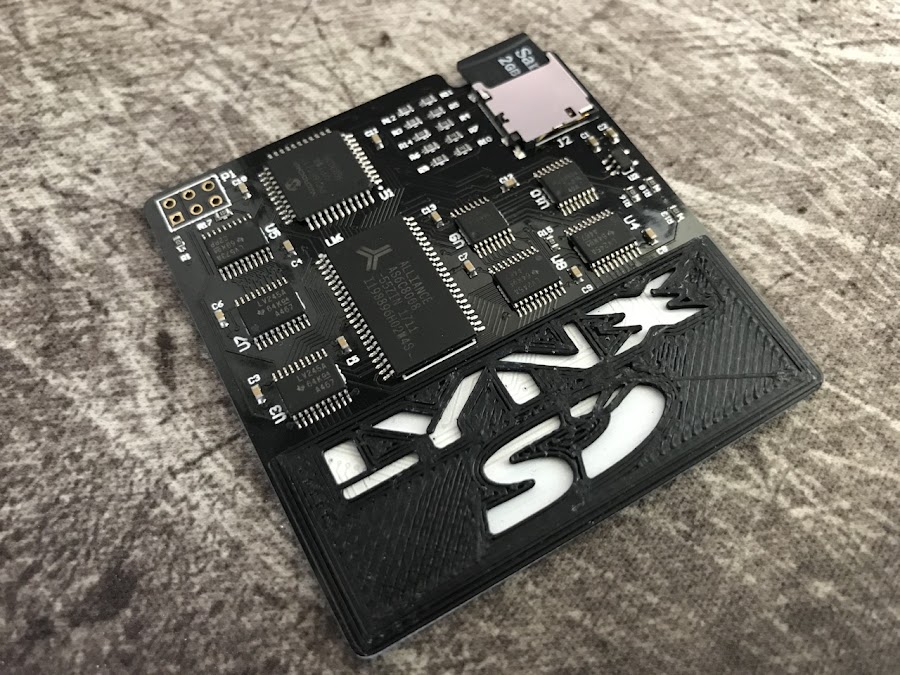 The Lynx FlashCard (or LynxMan Flash Card) is aimed at game developers. It can hold one ROM but has onboard EEPROM which makes it ideal for writing games that have a cartridge save feature. The ROMs that are saved to this cartridge boot instantly and behave like officially released cartridges.

Getting a ROM onto this cartridge is more difficult compared to the other carts. The cart interfaces with a computer using USB, but it doesn't appear as a USB drive. Instead, a 'terminal' program is required to be used to send commands and data to the cart. Even for development purposes this is not ideal. 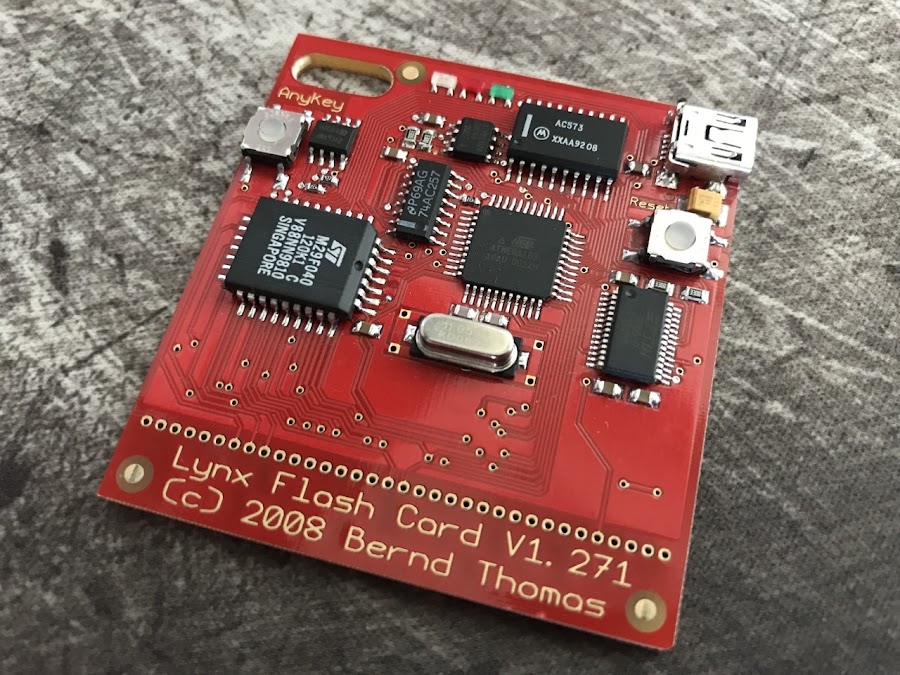 The 512k Flash with 128b EEPROM Rewritable Cartridge is a de facto 'blank cartridge' for homebrew developers currently. This cartridge, or rather just the PCB, has been created by Karri Kaksonen and aims to provide an easy way of letting developers release their games on physical media. When played on a Lynx it works exactly like an official cartridge - instant boot and it also has 128 bytes of EEPROM which allows games to save data directly to the cart.

Writing a ROM to the cartridge requires an additional programmer board (which can also read any cartridge out there). The main use of these cartridges are for releasing homebrew games. They come in various shapes and sizes ranging from bamboo to various colours of 3D printed shells. Since the PCB is provided as is, developers are free to put it into any housing/shell they wish. 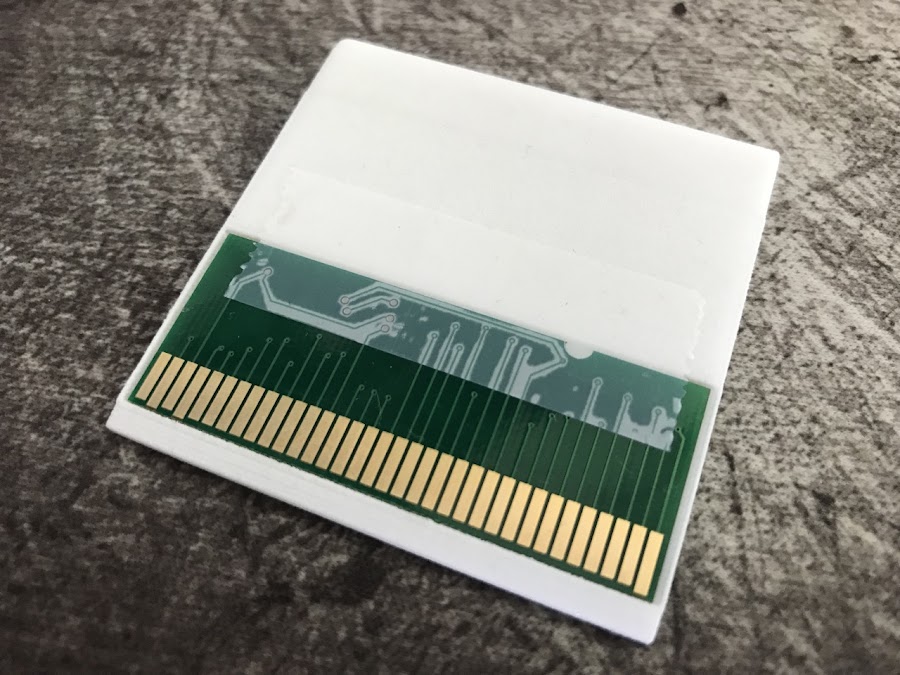 The cartridges discussed so far have their own advantages and disadvantages but we here at Atari Gamer think that some of these can be combined to lead the way for the creation of the 'Best Flashable Atari Lynx Cartridge'. So here's the wish list for what we'd like to see if someone wants to take up the challenge and create such a beast...

What would you want to see in a flashable Lynx cartridge?

-AG
Tags: Flash Card, Hardware, Review
♥ Did we get something wrong or you have something to contribute? Please tell us about it!
Did you like what you just read? Please take a moment to see how you can support Atari Gamer. With your help we can keep this retro gaming website going and develop new content! Or just check out what else we have for you...
You can find Atari Gamer on...
Be sure to follow for the latest Atari Lynx news, updates, stories and photos!
[ Don't show again ][ Dismiss ]
Loading...
10
Close