The LynxDoom engine has been quietly in the works for some time now and today we can finally see and experience some of the fruits of the labour. Atari Gamer was able to chat to the developers and also get a hold of an exclusive mini-demo that showcases the engine. The developers did ask to remain anonymous for now but agreed to talk under the aliases - Dzon Bromero and Jan Marmack. So lets see what it's all about! 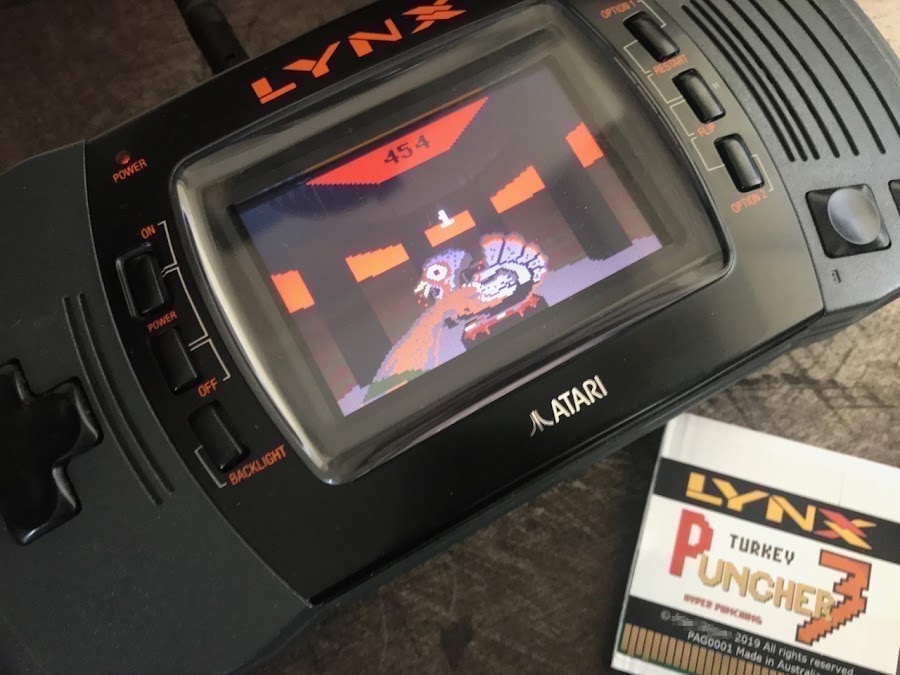 First of all thank you for taking your time to chat, this has got to be some of the biggest news in the Atari Lynx scene, tell us more about the project...

Back in the 90s when Atari first expressed interest in getting Wolfenstein 3D to the Lynx we were very excited but when those plans fell through there was so much disappointment we completely stepped away from the Lynx. About a year ago I was cleaning out my attic and came across my old Lynx and had an idea, so I gave Jan a call...

The Lynx has gained popularity as a retro gaming console and Dzon saw a gap in its game library - there weren't any real FPS games so he wanted to resurrect our old project [Wolf 3D]. I however had a different idea. If we were going to do something, it would have to be bigger...so we started work on porting the Doom engine over to the Lynx. DB focused on converting game assets and I set out with coding.

What's the state of the engine so far?

It can run some parts of the game, but it's not nearly ready for full release.

We've got a lot of the features working, sound effects, music and even rendering are more or less where we want them. We do have much more work to finish on the game AI and then of course we have to think about how to fit levels and data on a Lynx cartridge.

I understand you have something to show to us today?

Yes we've made a short mini-demo that demonstrates the engine. You will recognise its roots immediately if you've played the most recent Doom game.

You can't do much but if it's gore and glory you're after, take a swing...Turkey Puncher 3: Hyper Punching awaits...

Ok haha, well that was something! So when can we expect it all to be completed?

It will be ready when it's ready, but in all seriousness we are hoping soon.

Personally I'm aiming for the end of the year, I am yet to write all of the code optimisations and until that's done we won't release anything more.

DB and JM did allow Atari Gamer to distribute the demo ROM, so if you want to check out Turkey Puncher 3: Hyper Punching mini demo yourself, you can either play it online or download the ROM to play on your Lynx (or an emulator).

We can't wait to see where else this project will go! 😎

-AG
Tags: April Fools, Game Release, Interview
♥ Did we get something wrong or you have something to contribute? Please tell us about it!
You can find Atari Gamer on...
Be sure to follow for the latest Atari Lynx news, updates, stories and photos!
[ Don't show again ][ Dismiss ]
Loading...
10
Close