In any console gaming collection, there are firm favorites and titles that are considered 'greats' or 'classics'. But what about those titles that are real hidden gems, which somehow miss everyone's radar?

We're going to explore a cross-section of those games today and see what treasures we can uncover from three largely unknown or un-played titles in the Lynx collection. 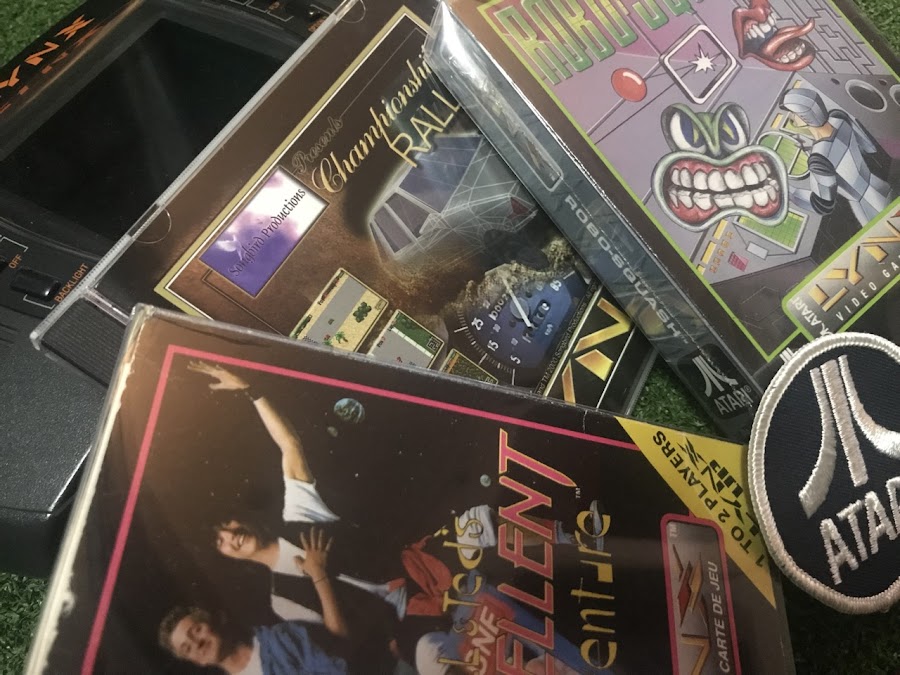 Possibly one of the most unknown titles in the Lynx library, 'Championship Rally' is a real treat. If you haven't heard of this game before, it's a new aftermarket title from Songbird Productions, and features fast and challenging top-down car racing.

Aside from the great little graphics, there are so many options here! As well as tournaments, you can even do single races or test yourself against your own lap times! A lot of what makes racing games great is packed into this game… including the all important 'unlocking' of tracks once you achieve racing goals. A hidden treasure in the Lynx library, 'Championship Rally' is a great buy for racing fans, but almost anyone can get some enjoyable gaming time here.

A lot of film and game tie-ins suck, but 'Bill and Ted's Excellent Adventure' is a strong exception to the rule. Not really talked about in Lynx circles very often, this "groovy" title plays like a Gauntlet-like "Action/RPG", which is centered around fetch quests and finding solutions to challenging puzzles.

And whilst Bill and Ted buffs will enjoy the humor and character fun the most, you really don't need to have seen the movies in order to play the game or appreciate its nuances. The element of time travel in this game, especially when related to problem-solving, is done very well in 'Bill and Ted's Excellent Adventure'. And man, is this game hard! Just as well there is also a fantastic password feature to save your progress. Fans of 'Wyvern Tales' or 'Gauntlet' may well find something to enjoy in this lesser known little game. Gnarly!

Although the Lynx did finally receive the game 'Pong' in the form of aftermarket 'Ponx', the classic paddleboard game was already loosely translated into 3D form with 'Robosquash'. The box art and the storyline of this game crosses over to the surreal territory, but who cares? The game is actually a lot of fun!

There's really nothing to prepare you for the 3D world that faces you in 'Robosquash', where the game ball zooms right toward your screen and creates an immovable glob if you miss it. And unlike classic 'Pong', there are loads of power-ups, multiple ways to win games, and some very nice cutscenes to break up the action. What could have been a fairly straightforward game is actually highly featured, and also among one of the most colorful Lynx games.

Are there any other hidden gems you enjoy in the Lynx library? With the increase of aftermarket games, there's more and more likelihood of some truyly classic titles being forgotten, so feel free to let us know what some of your fave hidden gem games are! Lynx on!

Tags: Best Games, Hidden Games
♥ Did we get something wrong or you have something to contribute? Please tell us about it!
Did you like what you just read? Please take a moment to see how you can support Atari Gamer. With your help we can keep this retro gaming website going and develop new content! Or just check out what else we have for you...
You can find Atari Gamer on...
Be sure to follow for the latest Atari Lynx news, updates, stories and photos!
[ Don't show again ][ Dismiss ]
Loading...
10
Close