The consolised craze has hit Atari Lynx and there are some serious contenders out there! What in the world you say is a consolised Atari Lynx? ...well it's your usual Atari Lynx that has been turned into something that is typically less portable but allows you to plug in an external controller and to display output from the Lynx on a TV or monitor.

Today we'll be looking at three projects that took this concept from a simple modification to something that has involved completely rebuilding a Lynx. 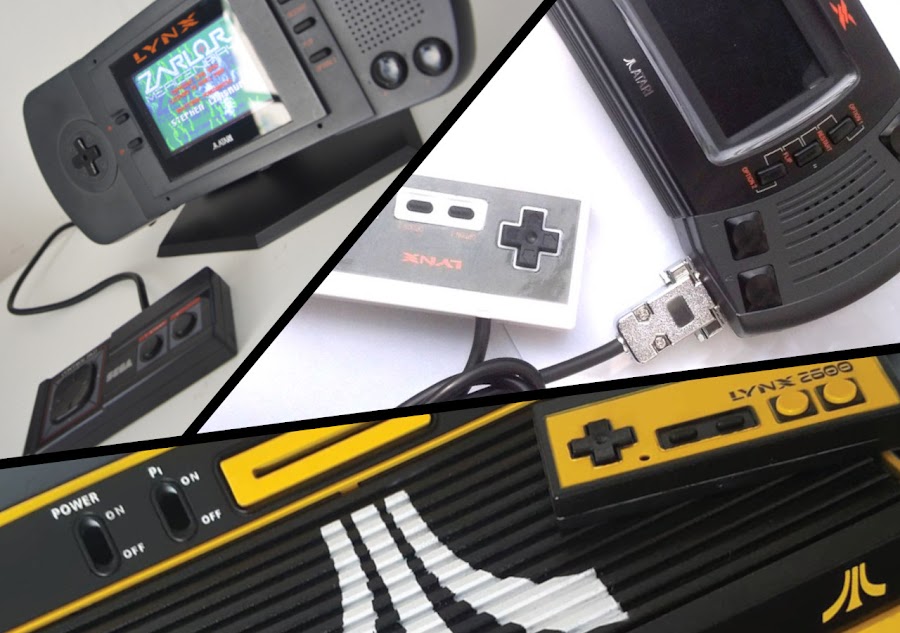 Starting with a the simplest - a mod to the Lynx II that included the McWill display replacement with VGA output and an external controller port. This one comes from Alberto, who is located in Italy (ATLynxer on AtariAge forums). 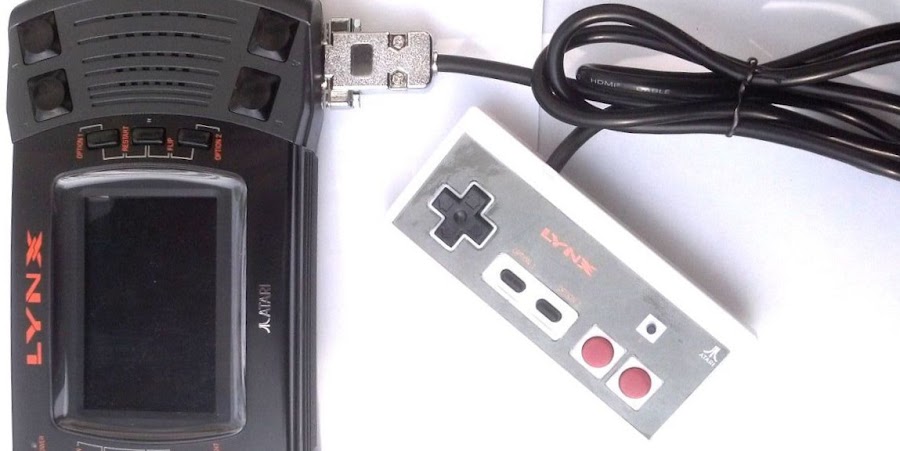 Alberto used a NES controller that he has modified to add an extra button to use as the Pause button. He put the controller and VGA ports on opposite ends of the Lynx, which actually feels like the natural way to lay it out. If you want to join in on the discussion about this mod, check out the thread on AtariAge, and of course there is a video of the mod in action too!

Next up is Marcel from France with his Lynx 1-UP. Now this raises the bar! He started with a dead Lynx I, brought it back to life, added the McWill mod and a DB9 controller port, very much in the same fashion as Alberto, but then he took it to a whole new level... 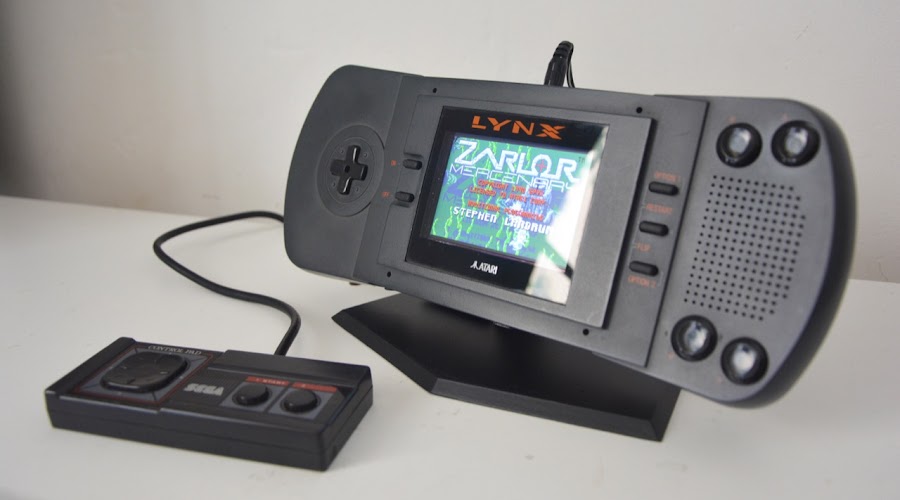 That stand is a work of art in itself, then the design and engineering of the VGA and controller ports on the rear of the Lynx are simply beautiful. Marcel also added a rechargeable battery into the mix, so you don't need to worry about buying batteries all the time - we all know how hungry the Lynx can be! 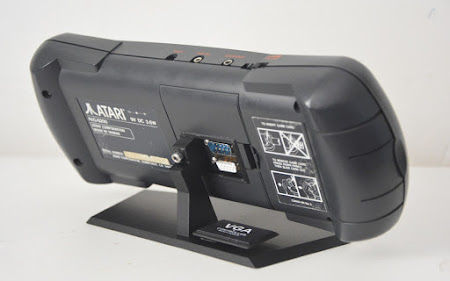 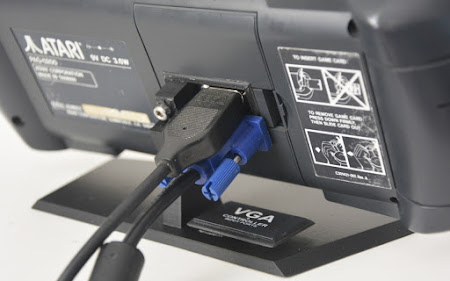 Marcel used a Sega Master System controller, but any DB9 compatible controller (Mega Drive, Master System, Atari) should work, however without additional modifications you won't get all buttons that are on the console working. Be sure to check out the blog post for more information on this project, including details of the build itself.

If you thought the 1-UP Lynx was impressive, the Lynx 2600 destroys all competition. This one is from Jared who lives in New Zealand and runs the Retro Revolutions YouTube Channel. He took a shell from one of the most famous Atari consoles, the 2600, had it repainted, added a custom slot loader that can accept Lynx cartridges and proceeded to fit the guts of a Lynx inside.

An impressive amount of design skill and effort went into this modification. At he heart is the McWill mod again - though without a LCD screen. There is no VGA output this time, instead the VGA signal is converted to HDMI so you can plug it into any recent TV. The controller is a modified NES controller that has additional buttons fitted to it, similarly to the first project in this article.

Jared went so far as to make a custom console box for this crazy console! 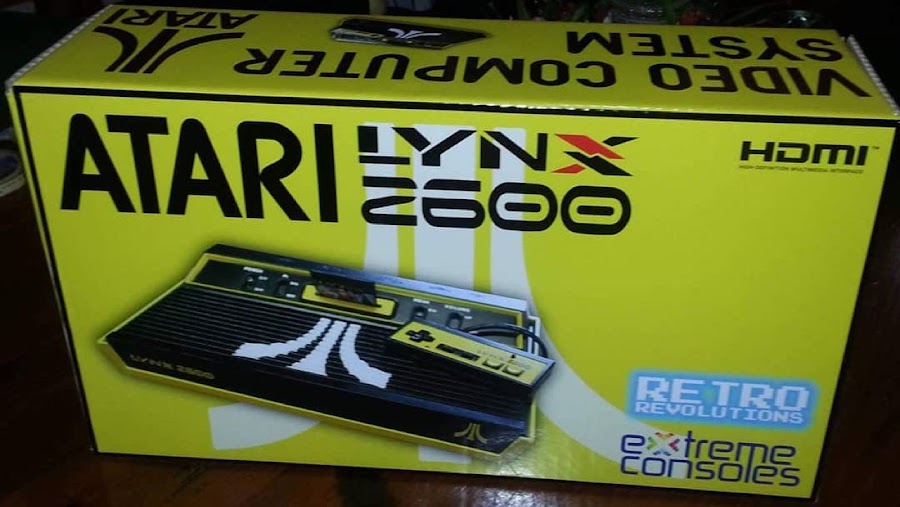 Out of the three projects the Lynx 2600 is the most true 'consolised' Lynx. It looks striking and has some very cool features. You do lose the ability to play it as a handheld - but that is exactly the point! If you want to see how Jared went about building it, you can watch his videos here - part 1, part 2 and part 3.

So which is your favourite?

-AG
Tags: Consolised Lynx, Hardware, Review
♥ Did we get something wrong or you have something to contribute? Please tell us about it!
You can find Atari Gamer on...
Be sure to follow for the latest Atari Lynx news, updates, stories and photos!
[ Don't show again ][ Dismiss ]
Loading...
10
Close