Centipede, an arcade classic has now finally been realised as a board game! If you have ever played the original electronic version of the game, this board game will feel right at home. It's fast paced, follows similar rules and is fun to play.

I managed to pick mine up at a heavily discounted price of $23 from EB Games (Australia). At this low amount it was a steal!

So lets have a look at the box! It comes in a nicely sized board game box, not the usual colouring for the game but it works very well in green. The writing on the box says it can be played by 2-4 players and a game lasts 30-45 minutes. However, after playing it, the game can be over in as quick as 5 minutes if you aren't paying attention or get unlucky. 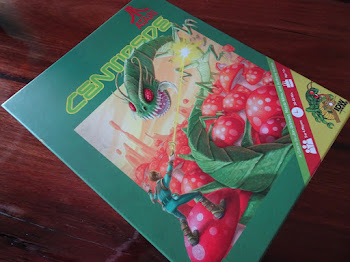 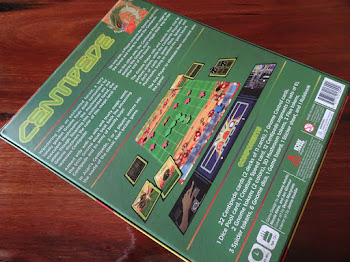 Inside the box are the instructions, playing field, cards, dice and all the pieces needed to build the centipede itself and the spiders, fleas and of course the gnome. 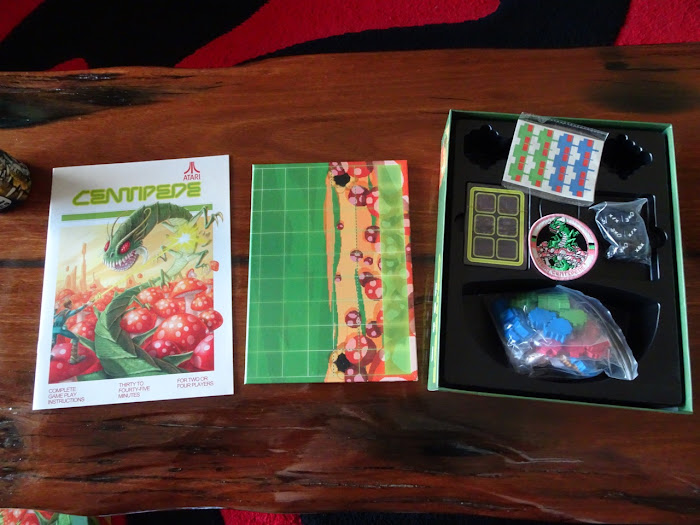 I was surprised how long the instruction manual was. There are quite a few rules to go through, however these are all straight forward and cover pretty much everything in the game. We did find some situations where the rules weren't completely clear but after reading through several times we were able to work out what to do. 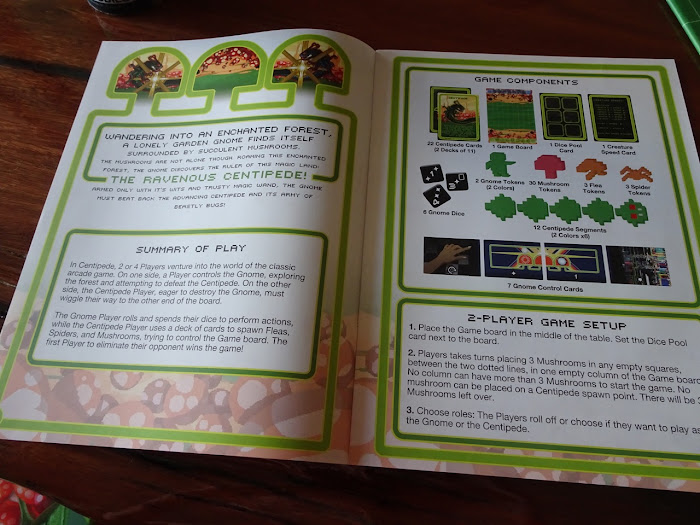 In terms of gameplay, the centipede moves around the board each turn, as do the spiders and fleas. The player controlling the centipede has cards to draw from that perform actions such as spawning a new centipede or a bug. The gnome can only move along horizontally in the bottom row of the playing field and is controlled by one of the 6 die. These allow for movement, shooting or recharging special control cards. The control cards are one-use (but can be recharged) and either move the gnome, shoot, remove mushrooms or re-roll the dice.

The gnome role feels a lot more strategic because you can plan your moves based on the available dice and the fact that the control cards can be used as many times as you wish (if you have any left). The centipede role feels more like 'lets throw everything at the gnome to try and eat him' - there is some strategy in moving the bugs around but nowhere near the level of the gnome's flexibility. 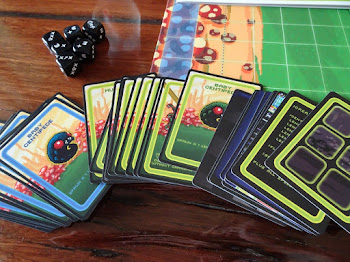 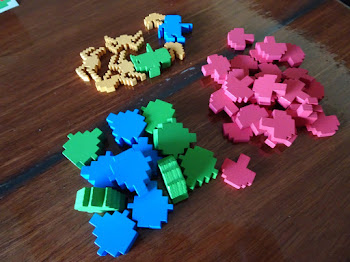 Board setup is straight forward. First the mushrooms are placed in each of the columns on the board (3 per column). The centipede is spawned from one of the spawn points and is moved 6 spaces following the movement and obstacle rules. The gnome is placed into any square within it's movement field. 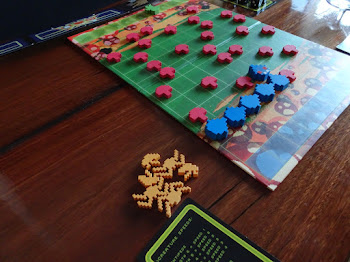 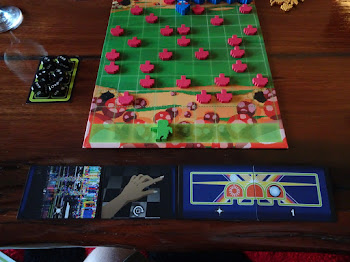 After the board and both players are set up, the gnome moves first, followed by the centipede. Without going into all of the details of the rules - each player takes turns until either the centipede is completely destroyed or the gnome is eaten. Both of the players have quite a few actions to perform per turn, but the centipede player definitely has to move more pieces around the board! 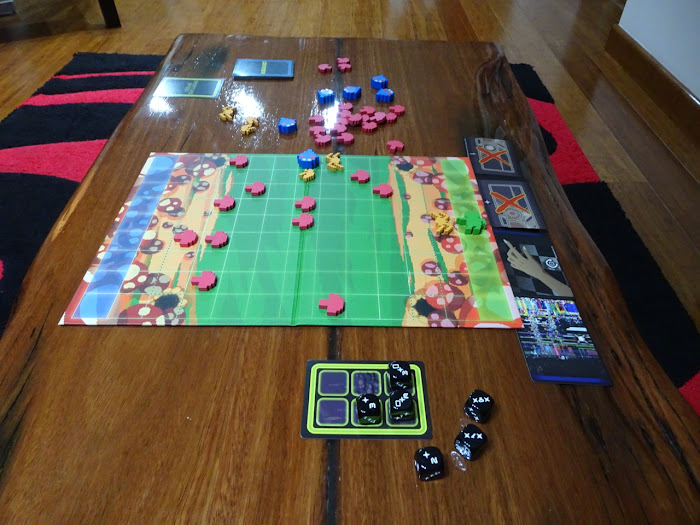 The rules for this game are not difficult to learn. It is fun to play but really does need to be played through multiple times, playing both as the gnome and the centipede, to get the most out of it. This is the kind of game I would recommend on a cold night, by the fireplace with a nice glass of red!

Tags: Board Game, Centipede, Review
♥ Did we get something wrong or you have something to contribute? Please tell us about it!
You can find Atari Gamer on...
Be sure to follow for the latest Atari Lynx news, updates, stories and photos!
[ Don't show again ][ Dismiss ]
Loading...
10
Close