Some Atari Lynx games were not just stand-alones; they were part of a series! ‘Gauntlet III’ for the Lynx, as one example, was only one of a cavalcade ‘Gauntlet’ releases that even continue to be released to this day. The thing is, we often never got the other games in the series canon; we just got ‘Ninja Gaiden’ (arcade) and ‘Ninja Gaiden III’: not the rest!

So, this article takes a look at other games in a series that we would love to see! Some sequels are not as good as the original (and that goes the same for movies). But it’s not always the case! So without further ado, let’s look at some Atari Lynx games that deserve a sequel; not just because there WAS a sequel to the game on another console, but because it was often a really good game! 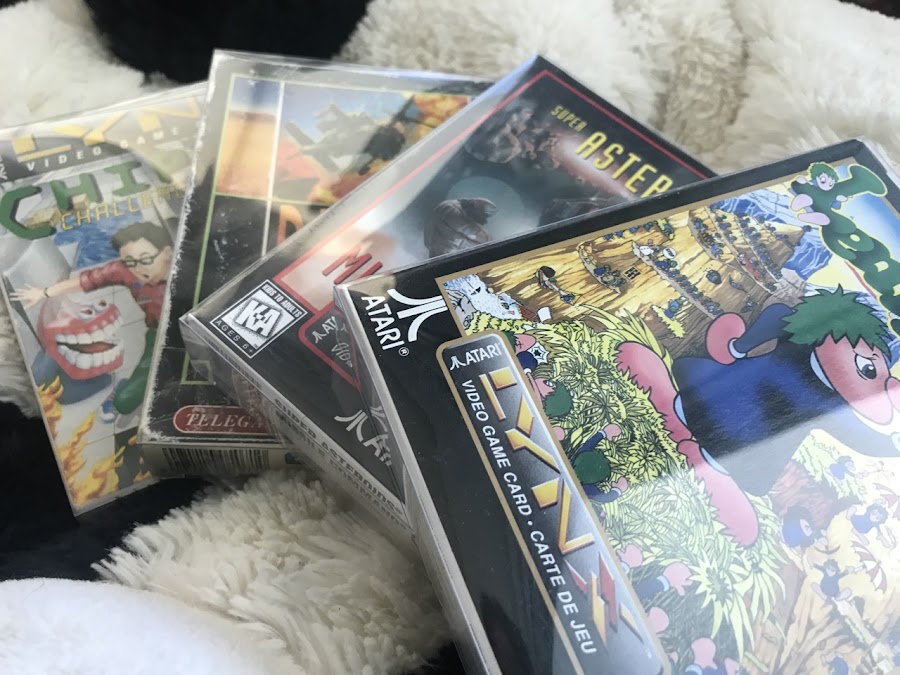 The Steam release has definitely got people like me thinking a Lynx release would be welcome; especially since ‘Crystal Mines II: Buried Treasure’ was released by Songbird and had caught the attention of many a Lynx homebrew gaming fan.

‘Chips Challenge 2’ has certainly been well received and has the graphical style that could see translation to Lynx as a real system possibility. The question is, will it one day arrive? We certainly hope so! “Chip puzzling” is one of the great pleasures of Lynx gaming; maybe one day we will see the sequel appear on Lynx screens!

Because you can never have too much Lynx ‘Lemmings’, the sequel to the game would be absolutely awesome to see on the system as an aftermarket release.

‘Lemmings 2: The Tribes’ was designed so that particular Lemmings used skills that other tribes could not use; an interesting idea that created real variety to the game, and a point of difference to the original. Archers, anyone?

Could the Lynx pull this game off? Probably. Reduced content? Maybe - but maybe not! When you consider the whole first game was transported onto Lynx and is arguably among the best games for the system, surely the sequel shouldn’t pose too many issues to port. Oh please oh please!

I am convinced the Lynx could run this Atari Jaguar game and that it would be totally epic. After seeing ‘Stun Runner’ and ‘Steel Talons’ in action, as well as ‘Remnant’ (which has the same first-person flavour), I reckon the Lynx is ready for this game!

This 3D spin on the classic ‘Missile Command’ was a classic on the Jag, and the Lynx has the technological chops to pull this kind of game off. It would be interesting to see how the Lynx would spin this title for a Lynx release, with more features and particularities. Because that’s what the Lynx version of ‘Missile Command’ had!

With renewed interest on the Lynx and aftermarket releases, I guess anything is possible!

Lauded on its release, ‘Jungle Strike’ captured the essence of the original game but enhanced it; more levels, more variety in graphics, and more... well... copters!

It saw a Megadrive/Genesis release as well as a... aah, you know where I’m going with this; let’s see a Lynx release! The Atari handheld showed it could not only handle the original, but it excelled itself in presenting the graphics and sound of the other system releases with this title.

So, let’s see ‘Jungle Strike’ please - that jungle will look all the better with the Lynx LCD screen mod!

I’m bypassing the conventional sequels for one gigantic pipe dream... what an amazing thing it would be to get ‘Super Double Dragon’ on the Lynx. Originally a Super Nintendo exclusive, the rights were recently transferred and it saw a renewed release! Not on Lynx though - but we’re ready! 😃

Okay, I’m well aware of the issues with the game in translation; the sprite sizes, palette reduction and how to deal with so many special moves on the limited Lynx buttons just for starters! I guess you’d need to have:

Well, I guess it’s not impossible, but I did say it was a pipe dream! 😅

What do YOU think would be great possible Lynx sequels? Let us know in the comments, and happy Lynxing!

Tags: Game Review, Sequels, Top Games
♥ Did we get something wrong or you have something to contribute? Please tell us about it!
You can find Atari Gamer on...
Be sure to follow for the latest Atari Lynx news, updates, stories and photos!
[ Don't show again ][ Dismiss ]
Loading...
10
Close