A Bug's Trip and Quadromania are now available at Songbird

Not long ago Songbird announced that two new games are coming to the Lynx before the Holiday Season and they've delivered. A Bug's Trip REDUX and Quadromania Redux have now been released on the Songbird Production store.

A Bug's Trip and Quadromania are now available at Songbird! Both games are part of our Redux branding where we make great games even better — including new music, EEPROM saved game support, new graphics, redesigned levels, and more!

A Bug's Trip is sure to be a hit with fans of Pac-man or Ladybug, while Quadromania puts you in a race to clear the blocks but only if they match the color of your bombs. 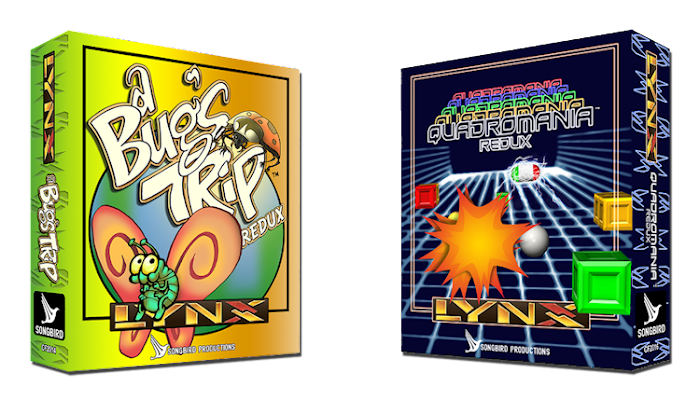