Next version of 8-bit Unity to support scalable tile maps

8-bit Unity has come a long way from initial conception and more and more feature are being added to it. The next feature will be scrollable tile maps, which is very exciting! Here's what Anthony had to say about it...

Thanks to a "quiet week", I was able to make rapid progress on the next version of 8bit-Unity (0.4).

The major new feature is Scrollable Tilemaps. I have implemented a super convenient asset pipeline: design your tile-set and maps in the excellent CharPad just ONCE, then 8bit-Unity takes care of converting the tiles to each platform for you!!

I am including screenies of a Tech-Demo that will be included in the next release, running on all supported platform. It is a kind of Diablo inspired dungeon crawler... I will post a video of actual game footage soon, so stay stuned my friends!!!

In other news, the 8bit-Hub. has a new firmware update, which fixes some timeout issues. The current firmware version is 0.3 and the hub will offer to auto-update next time you power it on. 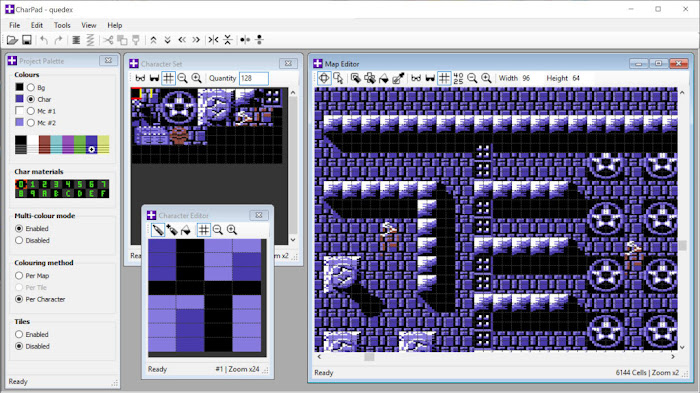