You might say that YNXA has already been released, but that was the competition version. Soon we will have a physical release of the game, with more maps and temples to explore. There will also be a deluxe edition for those who want something extra (we know we do!) Here's a word from the developer...

Hope to get the packaging printed for Animasia Festival homebrew corner in 3 weeks in Bordeaux.

Cannot guarantee the game will be on sale, but it will be demoed among other games (Asteroids Chasers Game Boy, but also NES games from some friends)

This is the regular packaging artwork. What do you think about it ?

Deluxe Edition will include:

(*) the Map Pack will also be available alone for people who want it along the Regular Edition. 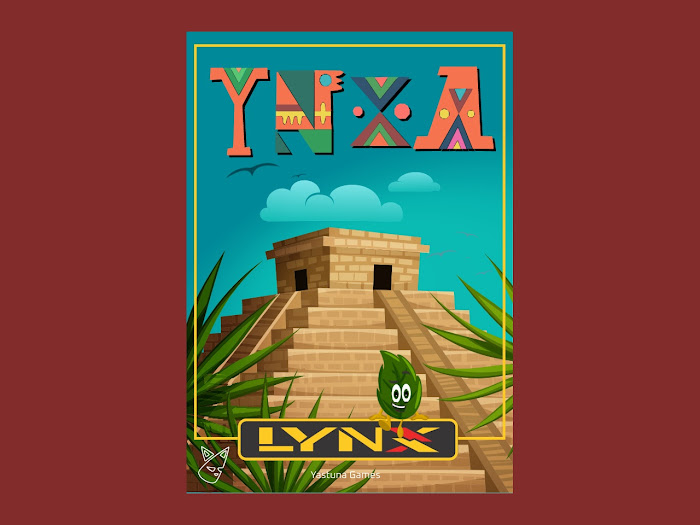