A new year and a huge new update from Songbird Productions...

New Releases8bit-Slicks puts you in the cockpit of a high-speed racing machine. Battle it out against up to three CPU opponents on 20+ custom tracks, or play ONLINE against other retro fans using the 8bit-Hub (not included). Yes, you read that right: you can now play certain Lynx games ONLINE against other players around the world! Even better, the Hub supports cross-play, so a Lynx fan could be racing against someone playing on a C64 or other select retro platforms. This cartridge release of Slicks includes multiple exclusive features such as bonus racing tracks, in-game music, and improved graphics.

8bit-Slicks, and the 8bit-Hub will be available from Songbird in March 2022. Pre-orders open by February 1st!

You'll be pushed to your limits to see how well you know Unnamed by answering multiple questions about the game and exploring parts of the game you might have never seen before. Three contestants who answer all questions correctly will each win one of three Unnamed Champion carts. This exclusive cart will display the names of all three winners plus include a single brand-new playable bonus stage!

The contest will open later in January, with the winners announced by March 2022. Stay tuned!

And now for a work-in-progress update...Carl has been busy at Songbird adding new features to Microvaders for the Lynx. Check out the video below to see all-new power-ups, bigger explosions, and more music! 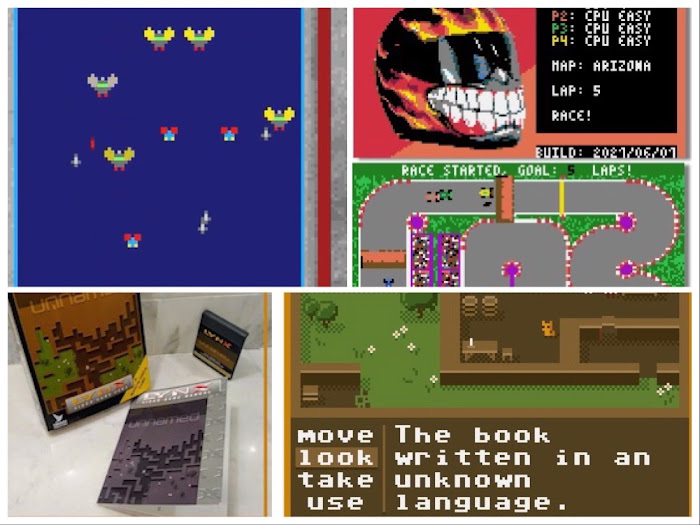